The Colombian writer and journalist Gabriel Garcia Marquez was awarded the Nobel Prize for Literature in 1982. At his award ceremony in Stockholm, Sweden, a delegation of Colombian musicians performed for the event. Harp player Carlos "Cuco" Rojas, the founder of the Cimarron band, and lead singer Ana Veydo joined the musicians, adding their festive joropo dance music from plains of the Orinoco River (in Colombia and Venezuela) to the music on the Nobel stage. 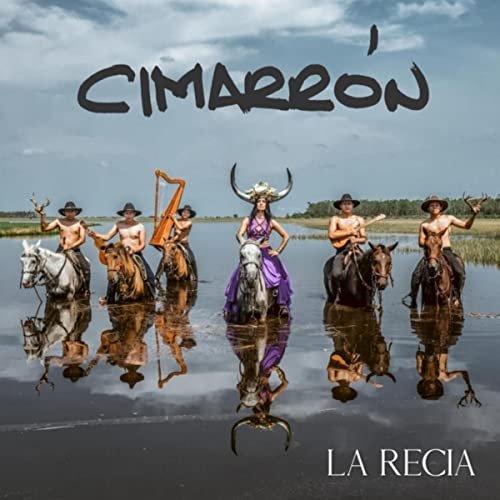 Rojas and Veydo founded Cimarron in 2000 with the aim of broadening the "folkloric" joropo sound with indigenous and African cultural elements. The region, known as the Llanos, is known for its horse-riding cowboys who herd cattle across the plains. The music features the Venezuelan cuatro, maracas, harps and bass; it's music about tough cowboy types and it was a sound that Cimarron's founders believed did not reflect the diversity of the region, especially voices of the women in the region. They set about adding local and African instruments and "sonorities" -- they added a zapateador, a shoe stomper (percussion), as well as the Brazilian big surdo drum, Colombian tambora costena, the Peruvian cajon (box drum) and even deer horns.

From the outset, the band embarked on a long-term project to take the music to the rest of the world to show that Colombia has other music besides salsa, cumbia, caribeno and shakira. Consequently, for the past 20 years Cimarron has performed at festivals across the planet, including Womex and Womad. The band's first album Si, Soy Ilanero came out on Smithsonian Folkways in 2004 and this was followed by a live album in 2007 (with Welsh harp player Catrin Finch). In 2011 the band released Cimarron Joropo Music From The Plains Of Colombia on Smithsonian Folkways and this album went on to win multiple awards. In 2019, the band released its most successful album, the amazing Orinoco (Cimarron Music), which won a Best Group Award at the Songlines Music Awards. This album is highly recommended for those wishing to explore this fascinating band's music.

Sadly, the band's anchor and leader Rojas died in 2020 during the coronavirus lockdown, leaving Veydo to pick up the pieces and move the band forward. The result is a new album, La Recia (Cimarron Music), the title of which translates as Tough Woman, which is currently riding in the top spot on the Transglobal World Music Chart for July.

Veydo has explained in several interviews that the title is a response to the region's machista, or manliness, which comes from men taming horses. As she explained to NPR: "La recia is a term that's typically associated with men's values -- a man is recio because his voice is strong, because he tames horses… so I wanted, with La Recia, to represent women's reality, too."

The new album does feature one track with Cuco Rojas, an improvised harp-based track called Cuco En La Arpa, and for the most part the album features signature Cimmaron sounds -- handclaps and driving percussion, soaring vocals and inspirational lyrics. Cimarroneando, for instance, showcases the bands extraordinarily rich sound with maracas, bass, cajon, tambora, cuatro and bandola all working in harmony. Other outstanding instrumental tracks include the striking Parranda Quitapersares Con Zapateo. Foot-stomping rhythms propel one of the best tracks, El Gavilan, but that one is topped by my favourite on the album, Aguita Fresca, which, for me anyway, banishes all those rainy season blues.

I highly recommend this new album and the previous one, Orinoco, for those who are intrigued by the rich musical culture of Colombia. If you like Joe Arroyo, Toto La Momposina, Fruko y Su Tesos and genres like cumbia and vallenato, then it's time for you to travel to the plains of the Orinoco, where bands like Cimarron are creating a new joropo sound. More information from cimarroncolombia.com.