What is a labourer?
Life
Arts & Entertainment

What is a labourer?

In mainstream media, labourers are usually portrayed as muscular working-class men who engage in physical work to earn money. In order to expand this stereotypical image of labourers, three aspiring curators -- Trithida Trising, Kukasina Kubaha and Panod Srinual -- of the project "Start! Art Curator Season 2" created the exhibition "Crossing The Lines" to give a different interpretation of labourers.

"Most people think labourers refer to working-class men. White-collar workers do not feel they are part of the labour force. This causes workers and labour unions in Thailand to lack unity and strength. In 'Crossing The Lines', we present labourers differently from stereotyped ones presented in mainstream media such as sex workers, nannies and housewives," Trithida said.

Now on view at SAC Gallery, the exhibition has two different meanings. "Crossing The Lines" can mean going beyond what is acceptable in society or the boundaries drawn by society, and the other meaning is something that people are unfamiliar with such as Shan people (a Myanmar minority group) working as sex workers in Thailand or a queer who ordained as a monk. "Crossing The Lines" showcases photos, video performances, collages and installations created by six artists.

Duangtawan Sirikoon -- an advertising film director and founder of the commercial film company B1 -- created the documentary photo series Nannies. Duangtawan interviewed women who came to Bangkok to work as nannies and took photos of them at their work.

"Duangtawan's photos are minimalistic and narrate stories of nannies from the interior designs and objects in their place of work. From photos, viewers can see the social status of employers and the standing of nannies. In one photograph, the nanny looks like she could be the owner of the house," said Trithida. 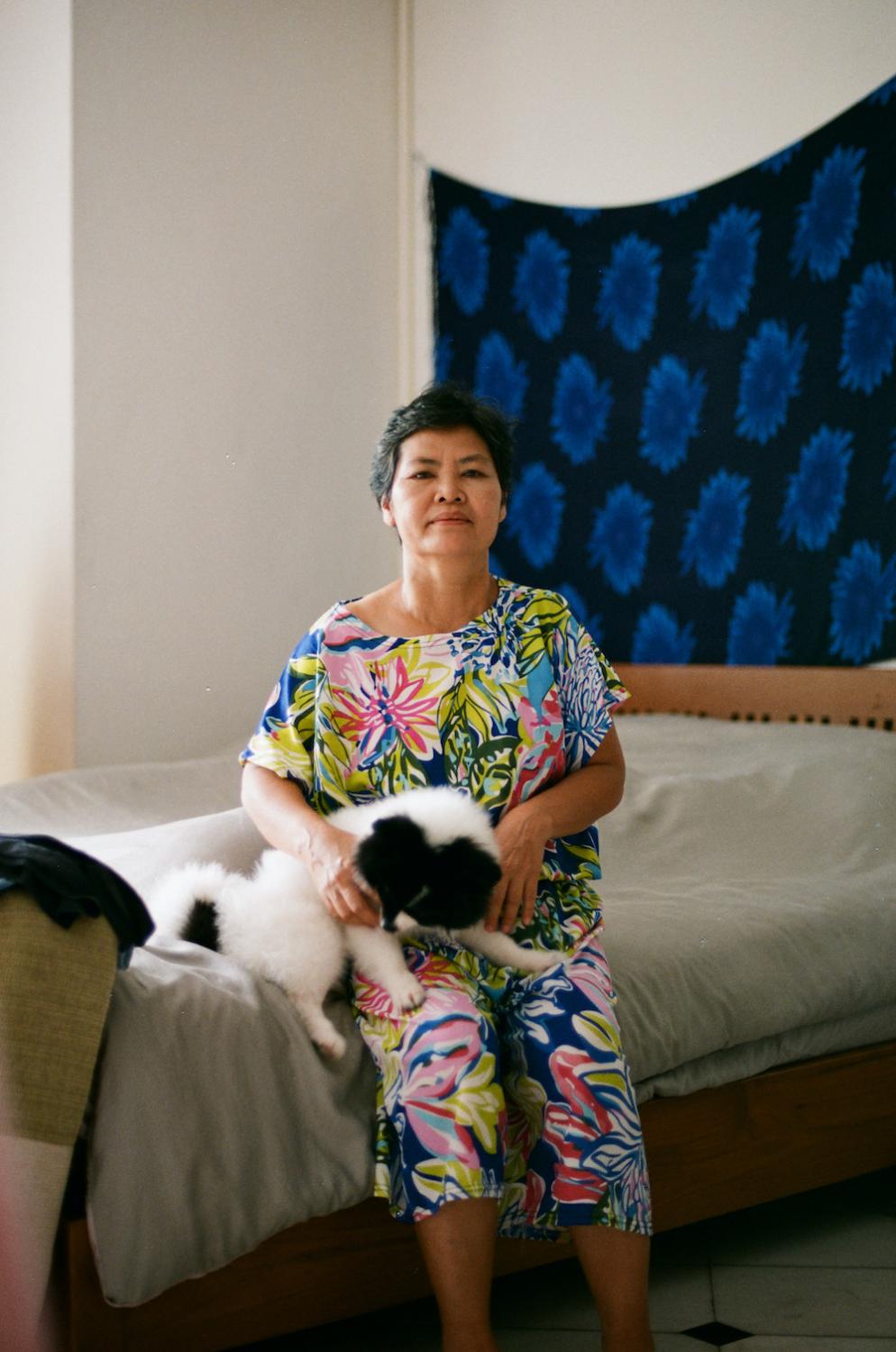 JesusIsEda, a semi-documentary photo collection created by Phanlert Sriprom, a contemporary queer artist, expands the definition of labour the most. JesusIsEda questions why a monk's ordination ceremony is restricted only to cis males. The photo collection displays Phanlert as a participant in the monks' daily routines. Phanlert wears a white robe which looks similar to a monk's robe but is made from handkerchiefs that symbolically refer to wiping away the lines of separation between monks and laymen and men and women.

The curators rearranged the photo collection and interpreted it in their own way by raising the question if monks are considered labourers.

"People can debate this question. Monks currently are not workers, but there is a business side related to Buddhism -- monks can earn income. We want to expand the meaning of 'labourer' to be wider. Thus, we included this collection in the exhibition," Trithida said.

The art collection by Samak Kosem tackles the difficulties of Shan people who are hired as sex workers in Thailand. The collection embodies two videos, Aliens In Adam's Apple and The Blue Guy, the collage Animal Man Show, and a journal, Ethnography Of The House. The collection includes interviews with Shan workers, footage from bars and massage parlours, photos from the Shan workers' lives and posts on their Facebook. Everything reflects the suppression of the Shan sex workers due to their illegal immigrant status. 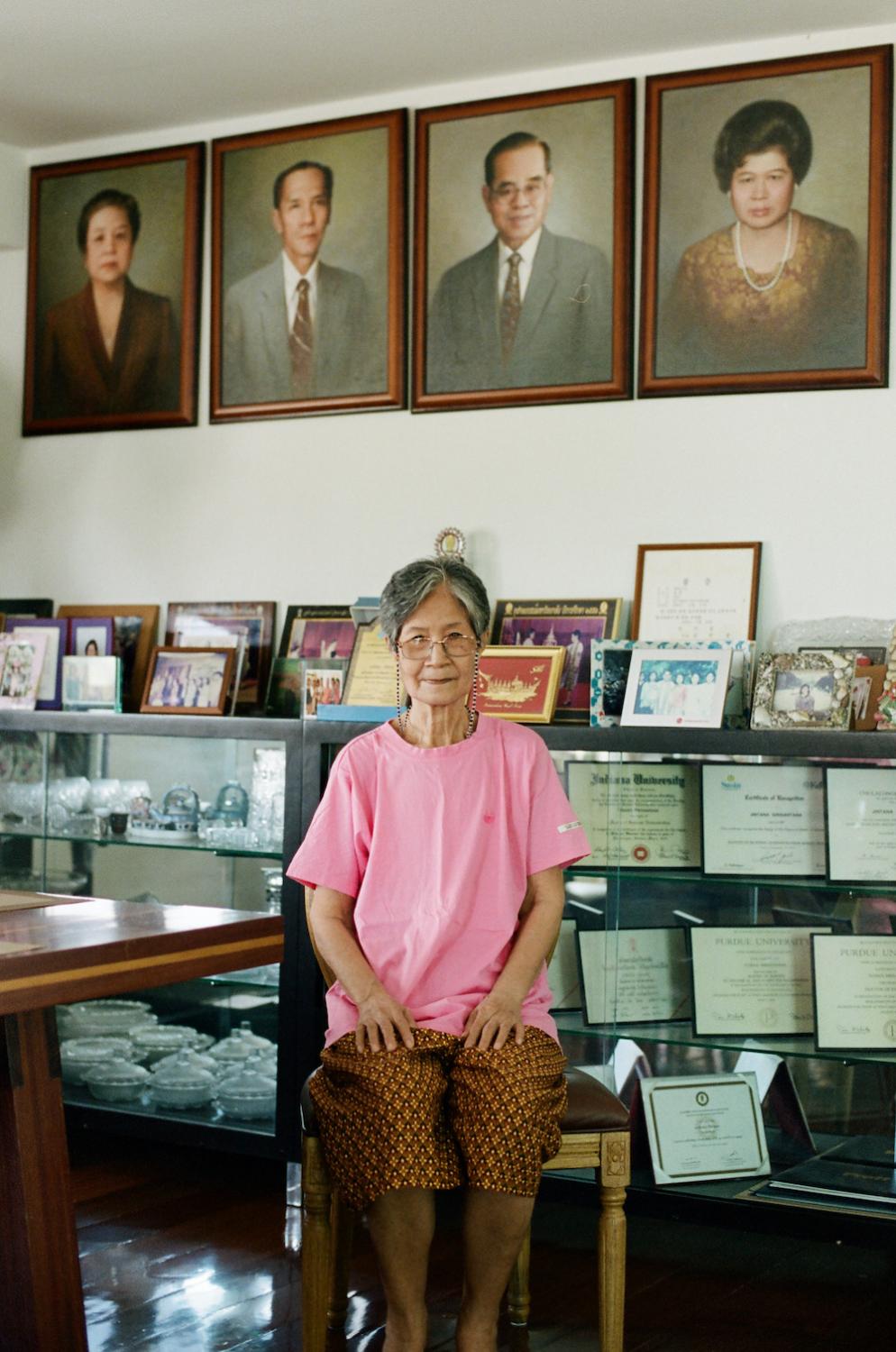 "There are many issues involving Shan people. Most of them cannot work in Thailand legally and cannot request Thai citizenship. As a result, not many people are willing to hire them and their choice of work is limited. When sex workers are arrested by policemen, Shan workers have more trouble than Thai workers because they are illegal. Samak also questions the issue of masculine identity. Many male Shan sex workers are straight, but they accept male clients in order to make a living. In the journal, Samak wrote that these male sex workers purchase objects like chopper motorcycles or have tattoos to emphasise their masculinity. This is also connected to the question of the nationality of the Shan people which is not accepted by Myanmar or Thailand," Kukasina explained.

The installation Homemaker Creed by Yosita Panitcharoen presents female mannequins dressed up in outfits inspired by Gothicism and the Victorian era. The mannequins have to take off their high heels and put on their sandals.

Homemaker Creed signifies dreams and aspirations that women have to give up because of a patriarchal society which expects women to play the role of mother and a wife.

"Yosita is interested in embroidery, dolls, Gothic aesthetics and the Victorian era. The installation was inspired by Yosita's mother who was born in a Chinese family which expects female family members to do household chores. The artist tackles gender inequality and social framework which expects men to be breadwinners and women to be homemakers," Trithida said. 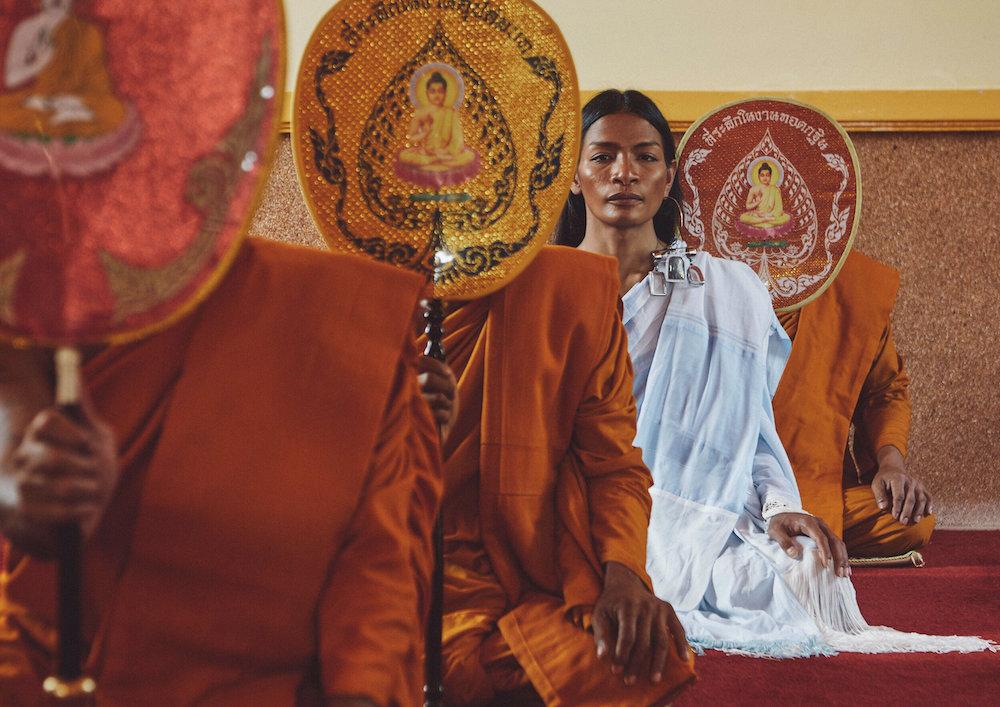 "From our perspectives, the exhibition includes married women who work outside their houses, but when they return home, are still expected to do household chores. Housekeeping is not an easy job. These women have to sacrifice their time and effort to do it without any financial compensation," Trithida added.

Chinese: Place Of Diasporas by Jureeporn Pedking displays Breath which comprises plastic bags which look like sacks of rice. The sacks inflate with air and then deflate. Breath is a metaphor for memories of Chinese immigrants in Thailand which have dissipated over time. The other art piece, A Cupboard, shows bowls made from rice.

"The curators interpret rice as an energy source. The artist made bowls from rice by using the same process, but the bowls came out differently. Thai people usually look at Chinese labourers as a group who immigrated to Thailand with empty hands and worked as labourers. The artist and curators want viewers to consider the individualities of Chinese labourers since they all have their own unique stories. The curator chose to exhibit Jureeporn's work because Chinese labourers add diversity to Thai society," said Trithida. 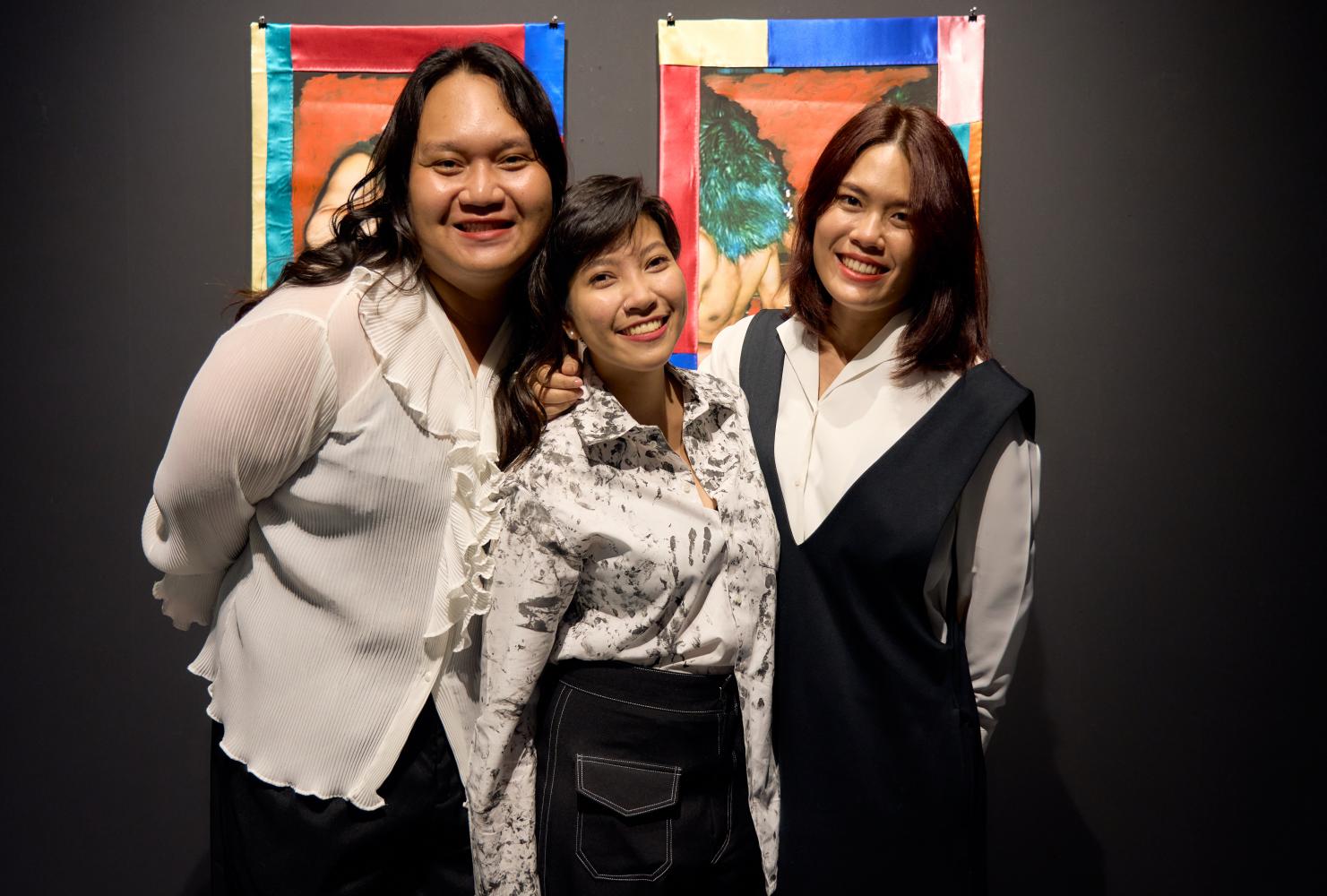 "Sasapin wants to present that women do not have to hide their menstrual period. The performance also shows the leaking of their periods while female labourers work. They may have to use physical strength for their work and earn less than 300 baht a day to purchase sanitary napkins," Trithida said.

"Besides the video, there are installations made from sanitary napkins, tampons and menstrual cups, so viewers can see that women do not use the same sanitary protection. A policy of free sanitary napkins to impoverished women should consider that some women cannot use sanitary pads, tampons or menstrual cups. Another installation is a large fabric on a floor where Sasapin performed. The fabric is stained with a pink liquid similar to what many women having their period may see on their bed sheets when they wake up in the morning," Trithida added.

The curators are grateful to SAC Gallery for supporting the project "Start! Art Curator Season 2", which provided them with an opportunity to organise this exhibition. The curators hope that the exhibition will encourage visitors to discuss a more complex definition of labourers. 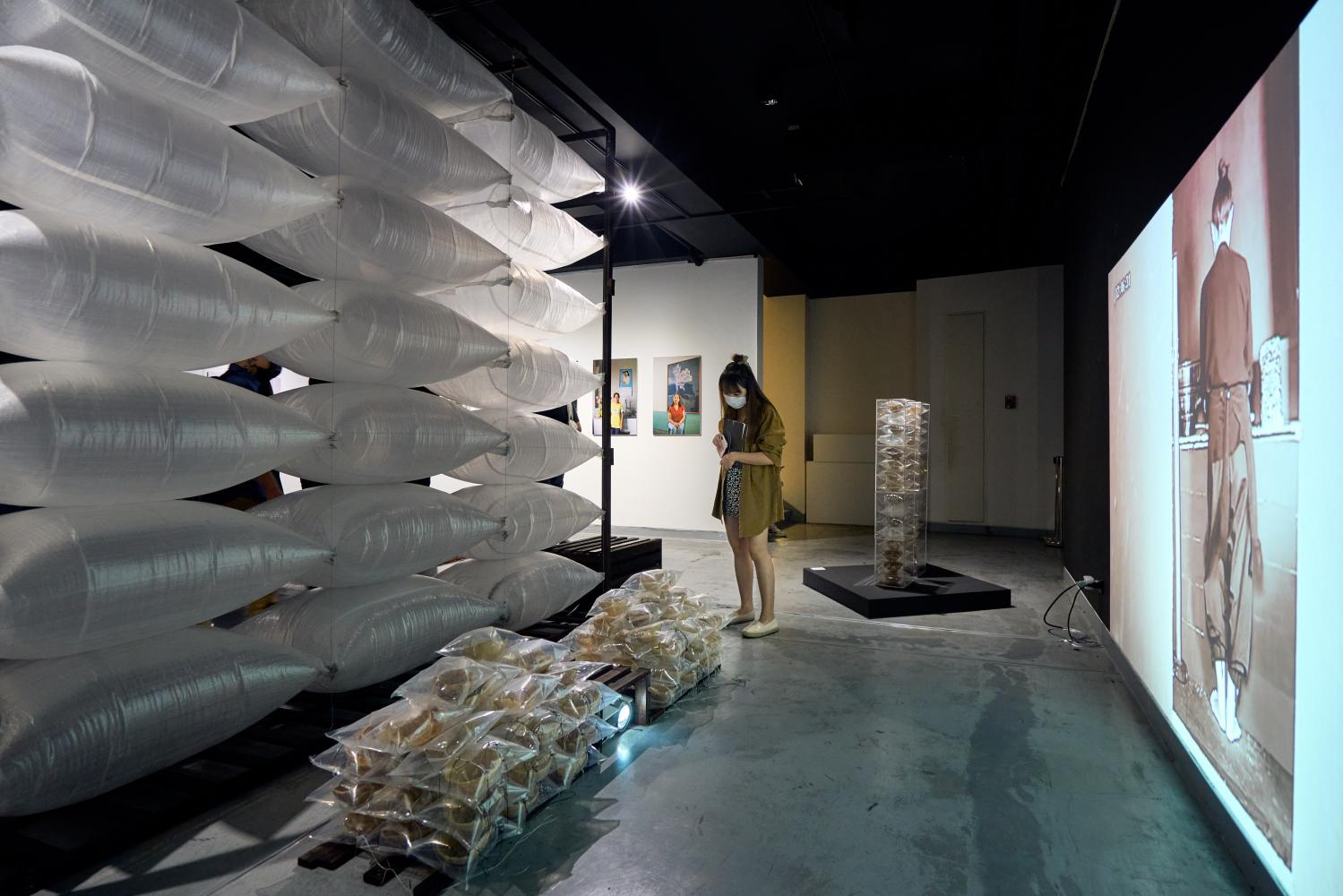 "Visitors may not agree with us. They may discuss if monks are to be considered labourers. And should monkhood be restricted to only cis males? Although viewers may not like some art pieces or the exhibition concept, it can help lead to a healthy discussion of different viewpoints. We also hope that they can see that the meaning of the term 'labourers' can go beyond what people used to think it meant in the past," concluded Trithida. 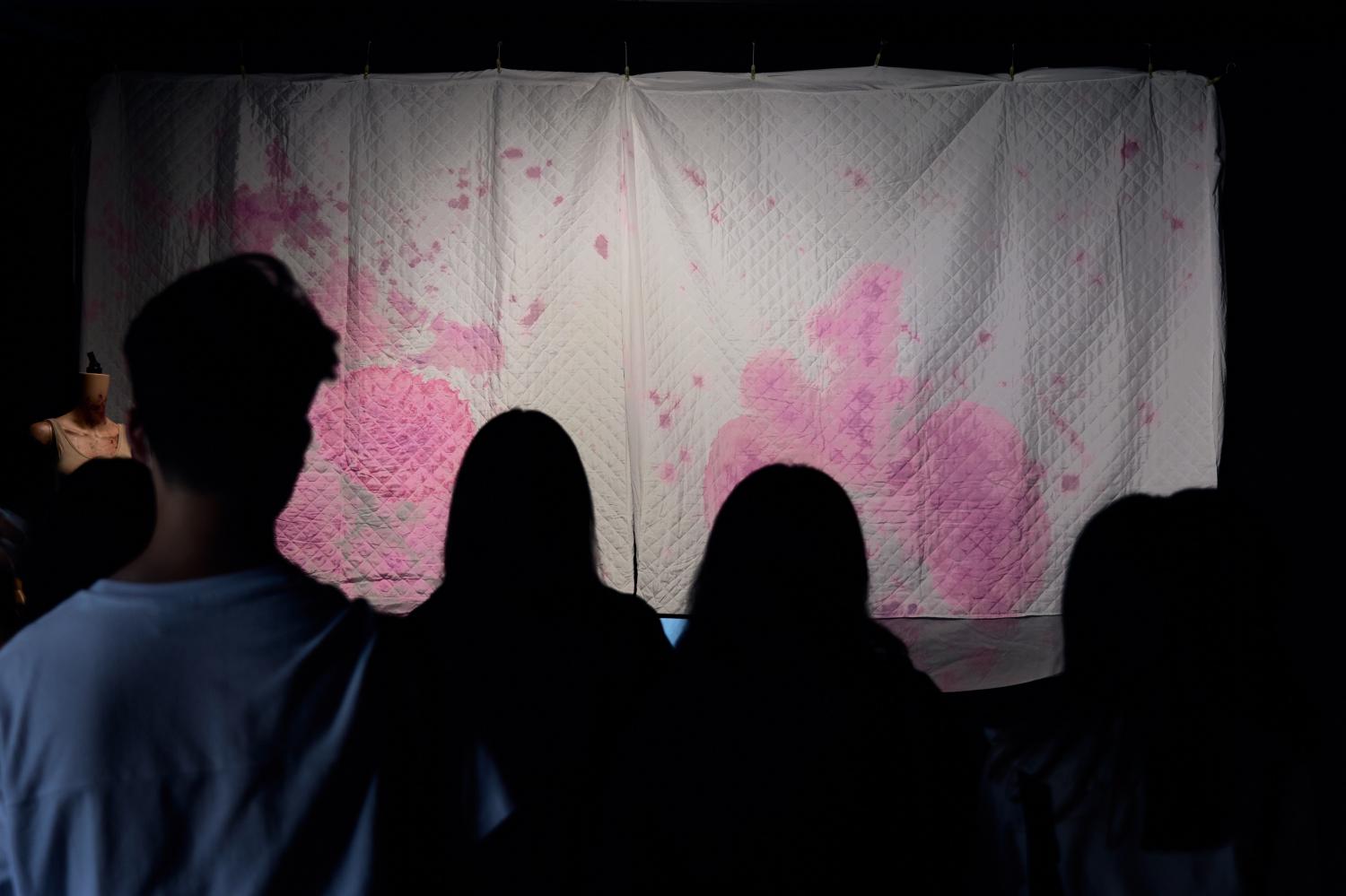 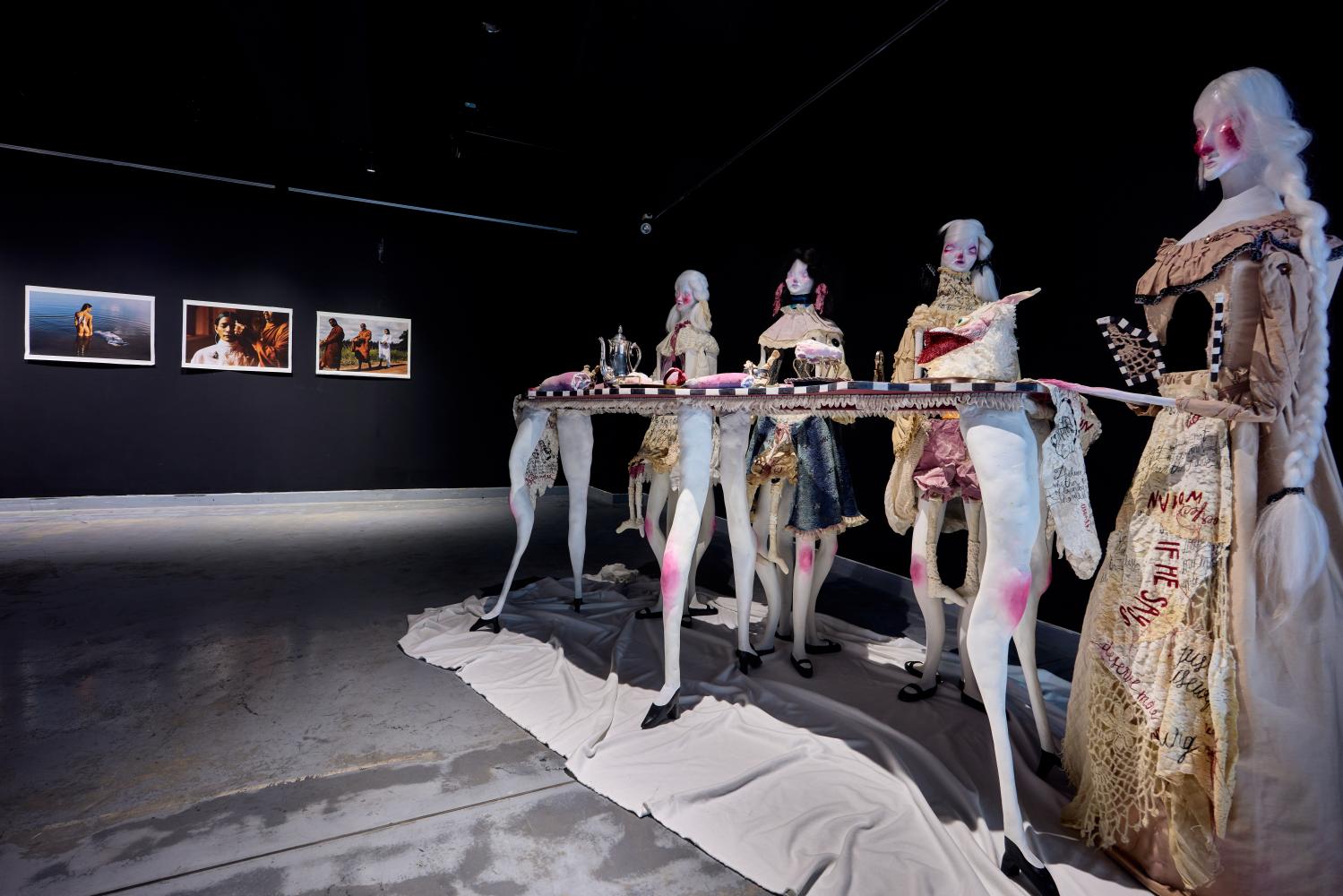