Stars learn to expect the unexpected

Hollywood's two massive stars Ryan Gosling and Chris Evans battle each other for supremacy in The Gray Man, the Russo Brothers' action-packed film about the CIA's most skilled operative who accidentally uncovers dark agency secrets, setting off a global manhunt by international assassins.

Based on the 2009 novel of the same name by Mark Greaney, The Gray Man -- now available on Netflix -- is directed by Anthony and Joe Russo, the collective filmmakers who are best known for their work on several hit superheroes films in the Marvel Cinematic Universe such as Captain America: Civil War (2016), Avengers: Infinity War (2018), and Avengers: Endgame (2019). And with a production budget of US$200 million (7.2 billion baht), The Gray Man is by far one of Netflix's biggest films, and the most expensive made by the platform to date.

In The Gray Man, Gosling plays Sierra Six (aka Gray Man), the most skilled government assassin who performs deep cover operations for the organisation. As he carries out a routine mission he discovers top secret intel he shouldn't have. Six finds a target on his back soon thereafter. A bounty is placed on him by Lloyd Hansen (Evans), a psychopath and former CIA agent, which sets off a global manhunt. Six must race across Europe to gather more intel and rescue Donald Fitzroy (Billy Bob Thornton), his former handler and best friend while avoiding international assassins.

The Gray Man is currently in the top five most watched films on Netflix. Last week, Life attended the film's virtual press conference with the Russos, as well as the all-star cast including Gosling, Evans, Ana de Armas and Billy Bob Thornton, who answered questions on the making of the high octane action thriller. 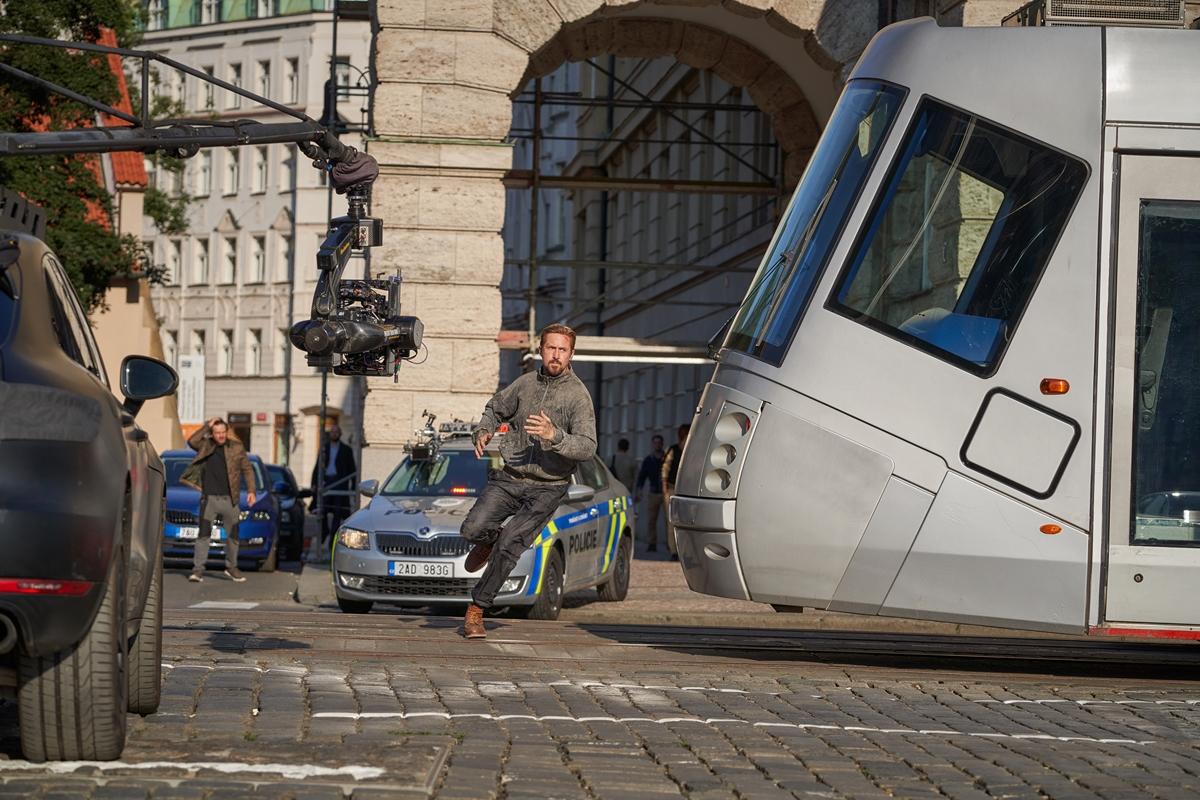 What sets The Gray Man apart from other spy thrillers?

Joe Russo: This is a modern story. [James] Bond is about 60 years old at this point and [Jason] Bourne's about 20 years old. This film is connected in a lot of ways to issues that are going on in the world now. The character is exceedingly existential, quite funny, and we just find that it fits our sense of humour. It's the kind of film that we feel would work well with today's audiences.

Chris, you've portrayed villain roles before in your career, but this is your first time doing so with the Russo brothers, with whom you play a hero a lot. You certainly seem to be having a blast in this role. Would you say playing such a complex role as Lloyd gives you a more liberating experience as an actor?

Evans: Yeah, absolutely. I mean playing a villain is always a little more fun -- you have a bit more freedom, you get a lot more jokes. But working with the Russos is what gives that sense of trust and freedom. When you trust the filmmakers, you're more willing to take risks, and certainly a character like this demands risks. So without the Russos and the relationship and rapport we have, I don't know if I would have had such a rewarding experience.

Since you have worked with Anthony and Joe on previous occasions, how has your work with them changed in The Gray Man?

Evans: It's just a matter of evolving our trust, our understanding and communication. Film is this landscape. You can get lost in a semantic fog, there's all these creative minds on set, and you're all trying to make the same thing, and trying to communicate that vision can be tricky. And you just develop an understanding of the person's language. They understand my strengths, understand things that I don't necessarily want to do and the things that I can't wait to do. That familiarity is what breeds trust, and that trust is what makes the risk-taking process of filmmaking feel less like a risk.

Ryan, it seems that The Gray Man has required the most of you physically. How was your training for this movie?

Gosling: Oh, yes. As you can imagine, there was a lot of training for the film. But I also had an incredible amount of help. There was an amazing stunt team who, at first, they sort of went through all these different styles of martial arts and sort of tried to curate it for you and the character. Then we had this amazing advisor named Chili Palmer, who's an ex-Delta Force member. I tried to join myself at the hip with him. He had all this amazing tactical advice, but also these really amazing ideas like, you should always have Skittles on you. Or, if you're going to go to sleep, tie your shoelaces to the door cause if someone comes in, you'll know. All these little details are things that weren't in the script, but were things you could only learn from experience. I thought [they] really made the film special and added this special sauce to it. So, we had a lot of help.

How do you balance the comedic moments with the action-packed serious ones? Do you prepare differently depending on the tone of the script?

Gosling: You prepare differently. It depends on the filmmakers. The Russos have a really cool process, one I've never done before, where at the beginning of the film, we sat with all of the department heads, and they put the script up on a big screen, and everybody starts talking about it as they work through it. At first, it makes it not precious and very collaborative. Also, it really gets you on the same page, literally. You know what movie you're making. It just became clear that we were shooting for the stuff that I grew up loving in the 80s and 90s that had a sense of humour about itself. It also helps because it's not often that you find yourself falling through a trap door and end up in a well in some guy's Czechoslovakian apartment. The fact that you can comment on that; the Russos open it up, so you can say in the movie, 'OK, this was unexpected'. It sort of helps [laughs]. It gives you a gear in the movie that you don't have in a lot of other films. So, you know, this was kind of a unique process in that way, but I really enjoyed it. 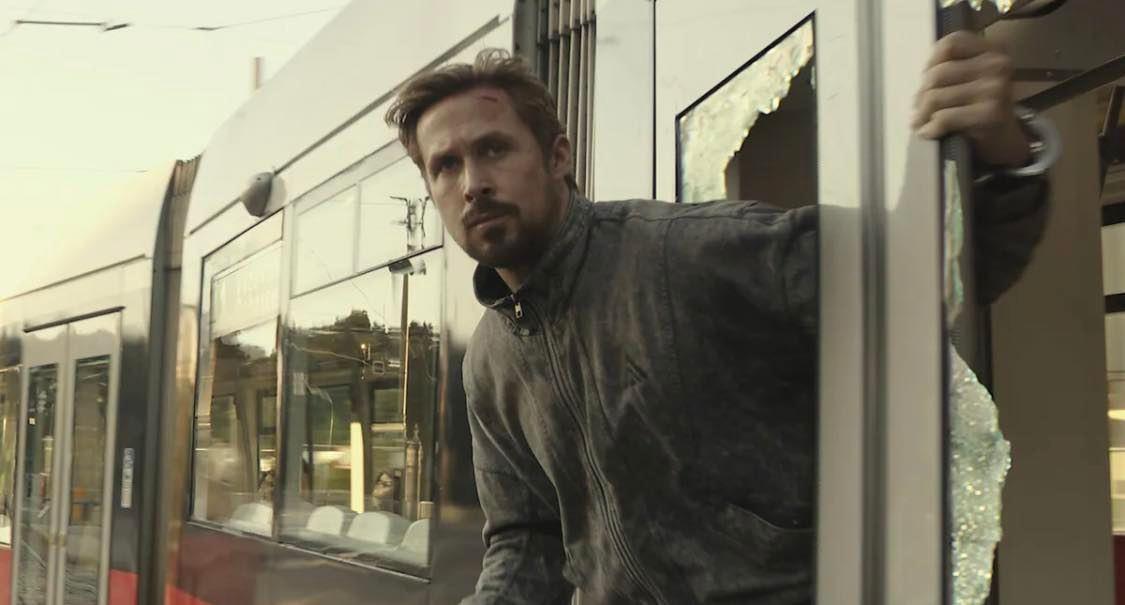 Ana, you're a busy and in-demand actress, so a project has to speak to you immensely, on many levels, for you to be a part of it. What was it about The Gray Man that caught your attention?

de Armas: Many things. I was very, very excited that the Russos thought of me and as soon as I got on the Zoom call with them, and they presented this story and character to me, I was in. I also wanted to work with Ryan and Chris again, and I have all this amazing cast behind me. And the character, I just loved her. I love who this woman is, her background, training and mentality -- and how badass and fearless she is -- all of that.

Thornton: The thing that really interested me about the character is that here's a guy who's a high-level spy, and you have to be cold-blooded in a lot of ways. You have to make life and death decisions all the time, but then when you bring in the personal relationships, it's like, 'How do I remain a human and yet do my job?'. That interests me about people in general but, being the protector of my niece and everything, it comes naturally because I'm a parent myself. I had to probably lean more into, 'How do I remain this guy?'.

Joe and Anthony, all the action in The Gray Man is just great, especially in Prague. What would you say was the most memorable part to film about the Prague sequence?

Joe Russo: All of it.

Anthony Russo: Yeah, for the Prague sequence, we needed a large section of the city to pull that off. That sequence starts in a major city square, and it continues on a chase throughout the city, so it was very complex. And, just to give you an example of how hard it was, there's a tram that The Gray Man gets on and Ana's character is chasing him in a car and there's a lot of other mercs around. It careens through Prague, and in order to shoot that sequence, we were using actual trams. We built a bus that was designed to look exactly like a tram but ran on wheels because sometimes we needed to run the tram faster than the tram could actually go, or we needed to take it down streets that didn't have tracks, etc. And we also had a tram that was located at a lot in Prague but was stationary that we would sort of shake, and we had a blue screen around it. You're building the sequence through all those different locations, we're shooting with our main cast, we're shooting with stunt performers for the portions that are too dangerous, and it was a very complex process to build that.