Bangkok's local Irish music scene has been in in mourning since news reached the City of Angels that resident Irish music expert Dr Mick Moloney passed away in his Greenwich Village apartment in New York on July 27. He was 77. Mick had been a part-time resident in the city for more than 20 years. Irish President Michael D. Higgins released a statement noting that "his passing is a loss to the musical heritage of Ireland, to Irish America, and to Irish music worldwide".

Many will remember sessions Moloney hosted at Scruffy Murphy's pub and more recently The Blarney Stone when he was in town; that he was also a Global Distinguished Professor at New York University (NYU), where he taught Irish traditional music and ethnomusicology and a renowned researcher of Irish-American, African-American and Celtic music; that he was an award-winning author and musician was not well known here in Bangkok because he wore his erudition lightly. 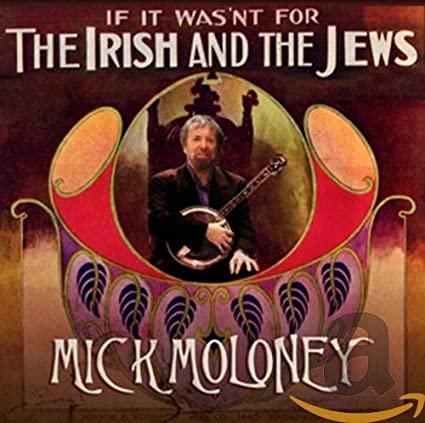 Above all, he was in his words, "a banjo driver" and he told me that he wanted that as his epitaph. He was regarded as the finest banjo player in the Irish music world (he told me that when he started in the 1960s, there were only eight Irish banjo players, now there are more than 8,000), but he also played the guitar, mandolin and octave mandolin; and, of course, he was a great singer, too. Dr Grace Nono, a pioneering singer from the Philippines, introduced me to Moloney some years back. She became one of his teaching assistants at NYU while studying for a doctorate in ethnomusicology and played many gigs with him in the US. She told me that Moloney was doing what he loved best when he died -- performing, supporting events, organising and constantly researching. She added: "He was a mighty musical force."

Moloney was born in County Limerick in 1944. He learned music from his grandparents and began playing the banjo in his teens. After completing an economics degree at University College Dublin, he worked with immigrant communities in London. Later he joined The Johnstons Irish folk band and toured the UK. Eventually in 1973, he found his way to the US, established himself in Philadelphia and became a US citizen.

He began postgraduate studies in folklore at the University of Pennsylvania, obtaining his doctorate in 1992. His research trips, supported by The Smithsonian, took him to the Appalachians, among other places, and led to teaching stints in ethnomusicology, folklore and Irish studies at Penn State, Georgetown and Villanova universities. He was also Global Distinguished Professor of music and Irish studies at NYU until he retired and had a long-standing relationship with the Irish World Academy of Music and Dance at the University of Limerick. He generously assisted me in setting up an MoU between Limerick's World Academy and Chulalongkorn University's Faculty of Fine and Applied Arts. 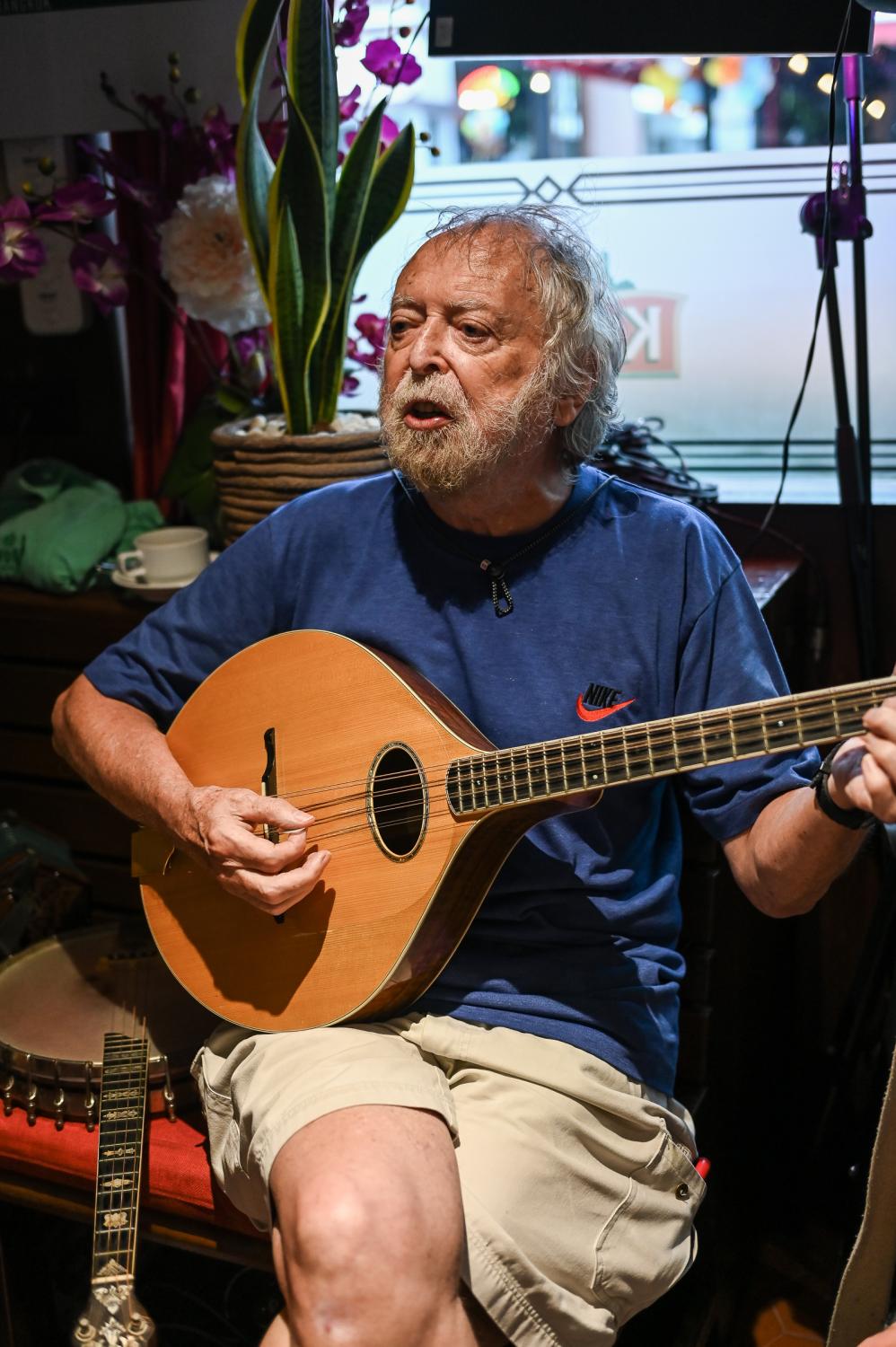 Three years after arriving in the US he co-founded the Green Fields of America, an ensemble of Irish musicians, singers and dancers (including a young Michael Flatley, later of Riverdance fame) that Moloney considered to be one of the first to combine music, song and dance. He led the group on numerous tours as musical director and produced several albums by the ensemble.

Moloney was said to have performed on or produced some 70 albums, although some commentators put that figure much higher at 125 albums. In recognition of his work on folklore, he was awarded a fellowship in 1999 from the National Endowment of the Arts, the highest award the US government can bestow on a traditional musician. Apart from his CDs of songs by Irish-American bands of the late 19th and early 20th centuries and the Green Fields of America albums, my favourite is the album that features the comic song If It Wasn't For The Irish And The Jews.

He was also very active at festivals, organising and performing tirelessly. In 2002, he published Far From The Shamrock Shore: The Story Of Irish American History Through Song (Crown Publications, US), with a supplementary CD, and hosted many music series on PBS. I particularly enjoyed his work on the RTE TV special Bringing It All Back Home (DVD/CD available on Shanachie) as musical director and performer. At the time of his death, he was working on a comprehensive history of Irish-American music, which I hope will be completed by and published by his colleagues in the future.

For many years, Moloney and his musician friends in the US have organised a fundraising concert in New York's Hell's Kitchen to raise money for his music therapy programme for orphans with HIV at the Mercy Centre in Klong Toey. He set up the original programme with various Western instruments but realised quickly that he needed to get some Thai musical instruments, so he acquired traditional instruments and brought in molam expert Dr Terry Miller who added Isan instruments. Two traditional teachers from Mahidol University run the programme every Sunday morning. I joined him on some of these sessions, and he told me that nothing gave him more pleasure than seeing and hearing the kids of Klong Toey make music. 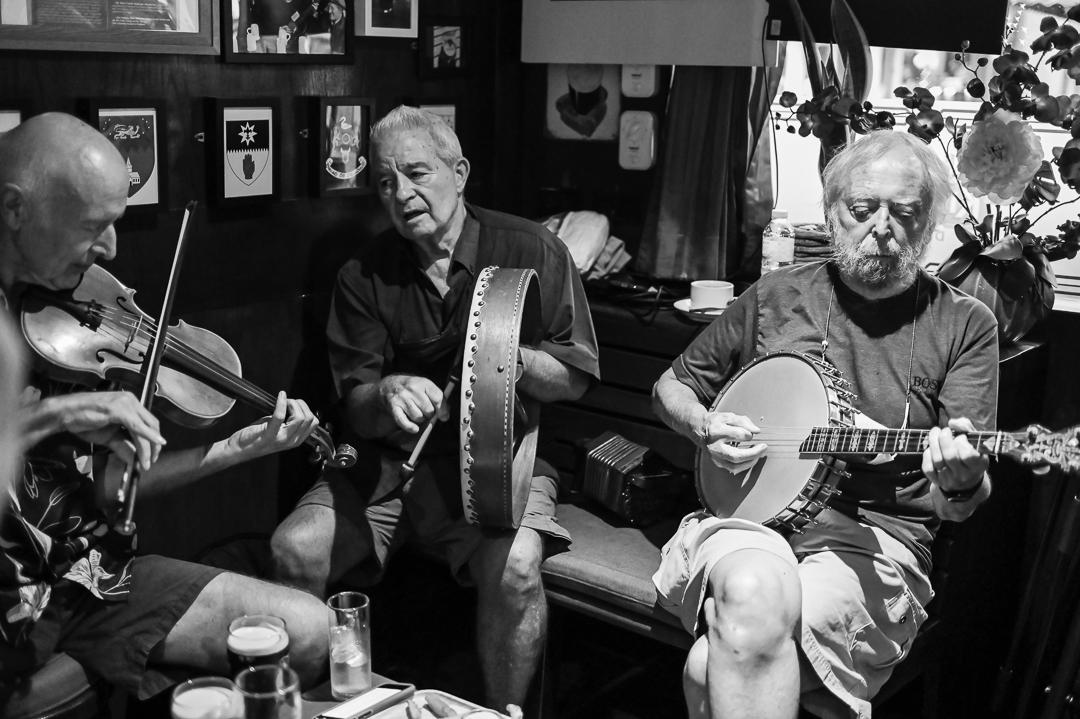 In a tribute to his life and music The Irish Times recently published a quote from a 2014 interview that sums up Mick Moloney's philosophy on his musical career: "When I was starting out, I think a lot of field recordings were examples of affirmative action and cultural protection because I was in dread that this music would die out in America. But those days have long passed. I think we can feel secure now that the core of the music has been protected, preserved and enhanced, and that it'll never become a museum piece. It has to continue to evolve, and the practitioners should be the determinants of how that goes. So long as you get a lot of good people together something wonderful is bound to come of it."