Return of the dragons

Three years after the end of Game Of Thrones, it feels good to revisit Westeros as HBO is set to premiere the first season of the long-awaited House Of The Dragon. The new series stars a new cast, including Paddy Considine, Tom Glynn-Carney, Olivia Cooke, Emma D'Arcy, Steve Toussaint, Eve Best, Fabien Frankel, Sonoya Mizuno, Rhys Ifans and more. In Thailand, the first 10 episodes will debut at the same time as in the US, on Aug 22 on HBO GO. 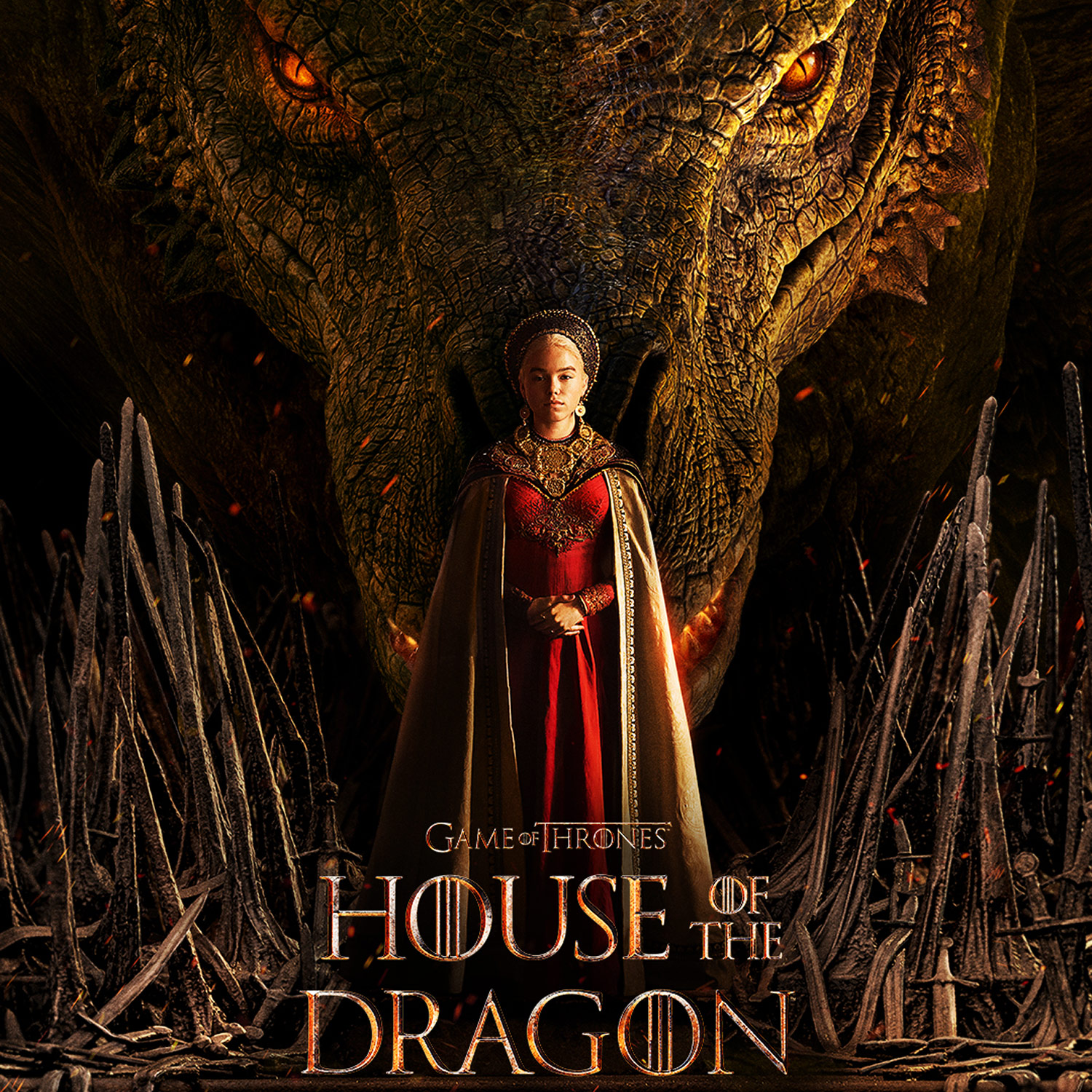 Based on George R.R. Martin's Fire & Blood, House Of The Dragon takes place 200 years before the events of Game Of Thrones. It follows a pivotal moment in the history of House Targaryen during the height of their power in Westeros when they had the most power, respect and dragons. While this story is also in Game Of Thrones, Daenerys (Emilia Clarke) was almost the only Targaryen we spent time with. But now, we will get to witness House Targaryen existing together on screen at the same time. The new series sets up the civil war and sibling rivalry between Prince Aegon (Tom Glynn-Carney), and Princess Rhaenyra (Emma D'Arcy), also known as "The Dance Of The Dragons", according to the original material from Martin's Fire & Blood. This eventually led to the fall of the Targaryen society we saw at the beginning of the original series.

And even though the series will cover things we knew had happened before Game Of Thrones, there's still plenty of room for surprises and new approaches to the core themes of the original story. Life recently joined in an exclusive virtual roundtable interview with House Of The Dragon's showrunner and producer Ryan J. Condal and Miguel Sapochnik who shared their experience working on the new series, and all the pressures and obstacles that came along with it.

First of all, congratulations on the show. How will the upcoming series differ from Game Of Thrones?

Sapochnik: Thank you. Well, I think the idea was to start where Game Of Thrones left off and then gradually evolve the tone of our show. We're not trying to reinvent the show because that's not what we were asked to do. We were asked to tell another story from the same world and the same universe and I think that the original tone of Game Of Thrones obviously did well. And so to just change it for change's sake doesn't make sense. But I think the story is different, much more intimate, and about a family and the internal struggles between them. So we go to fewer places and visually, there's a different kind of feel. It's quite nice to start the show returning to familiar things. It was all about leading the audience into a place they feel familiar with and then we can start to change stuff. 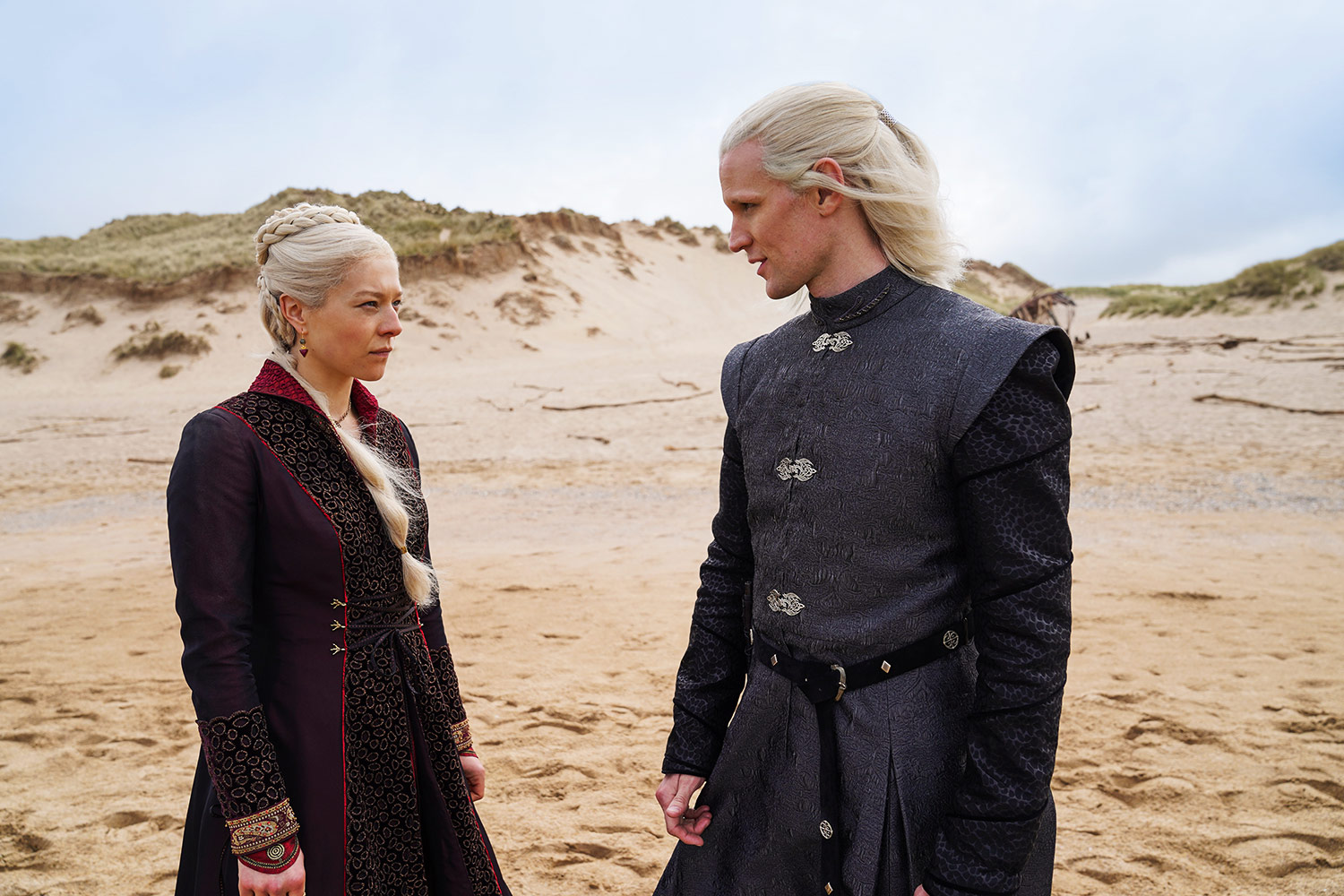 Emma D’Arcy and Matt Smith in House Of The Dragon.

Was there any pressure on you guys working on a show that's meant to be a prequel to a series that was regarded as one of the most successful TV shows of all time?

Condal: There's definitely a huge amount of pressure no matter what you're making -- a television show; a movie; writing scripts; or a pilot -- since it's a creative pursuit and somebody has paid you money to go and create a thing. I think making television is such broad-spectrum alchemy. You need so many things to come together, from writers and directors to actors, production designers, costume designers, visual effects artists and stunt performers, and do their best work in unison. In any case, I think we were definitely aware of the visibility of the show but we tried not to think on that. I think we set out on a more optimistic streak of trying to make something great that we both liked and believed that if we both liked it, it would lead us to a good place.

Sapochnik: I don't think you can follow the original show. For example, Daenerys birthing dragons out of a stone from the original series was a once-in-a-magical event. I think what we're trying to do is carry on the legacy of this wonderful thing that George [R.R. Martin], and David [Benioff] have created. We just get the luck of coming into an already established fan base that I think is hungry for more after three years of not having Game Of Thrones. So all we're trying to do is provide a fitting legacy story, a successful show that will engage them again, hopefully in a new way, and challenge their perceptions about their understanding of Westeros history and particularly the Targaryens. 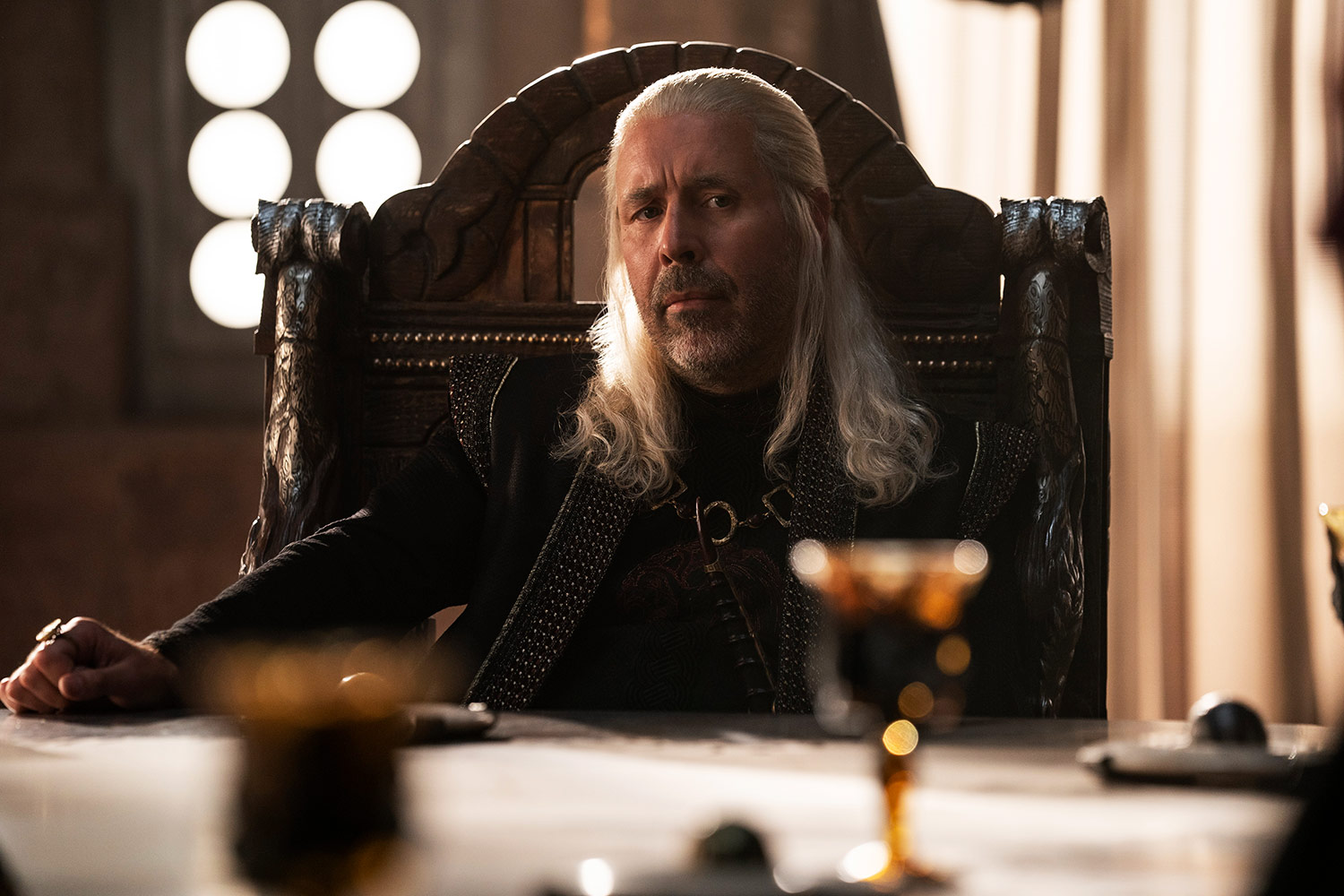 Miguel, you had directed a few later episodes of Game Of Thrones and now you are the director of House Of The Dragon. Have your styles and technique changed at all directing these two different series?

Sapochnik: In Game Of Thrones, I was a director hired to direct episodes, and the last season I was an executive producer. For this show, I'm the director, producer and also co-producer along with Ryan. So I'm much more involved in the creation of the show. For House Of The Dragon, I was supervising the other directors as well. So it was like juggling balls and there were lots of balls in the air all the time, which meant I couldn't just focus on directing. Since we had two units running at the same time, Ryan would be on one director set and I would be on mine, usually with one of the writers, and then we would kind of convene. There was a lot of information coming through all the time, which made it hard to concentrate, so learning to multitask in a compartmentalised way was a big thing and brought with it challenges.

How involved was George R.R. Martin in the script, filming or any other process during this time?

Condal: George was very involved early on in the development process. There was a year of pilot and architecture development and George hired me for the job, so he was the one that hand-picked me. He wanted to be involved and of course, I kept him involved because I did want to know what he was thinking and what his take on it was. I felt like once I had him happy, it was a nice place to be. He also deeply trusted Miguel because he is well-regarded in the original series. He really just kind of entrusted us with it and said, 'Okay, you know, keep me informed. I want to know what's going on but I'm really busy doing these million other things'. We always touched base and let him know what was going on. But he was very respectful of our process. 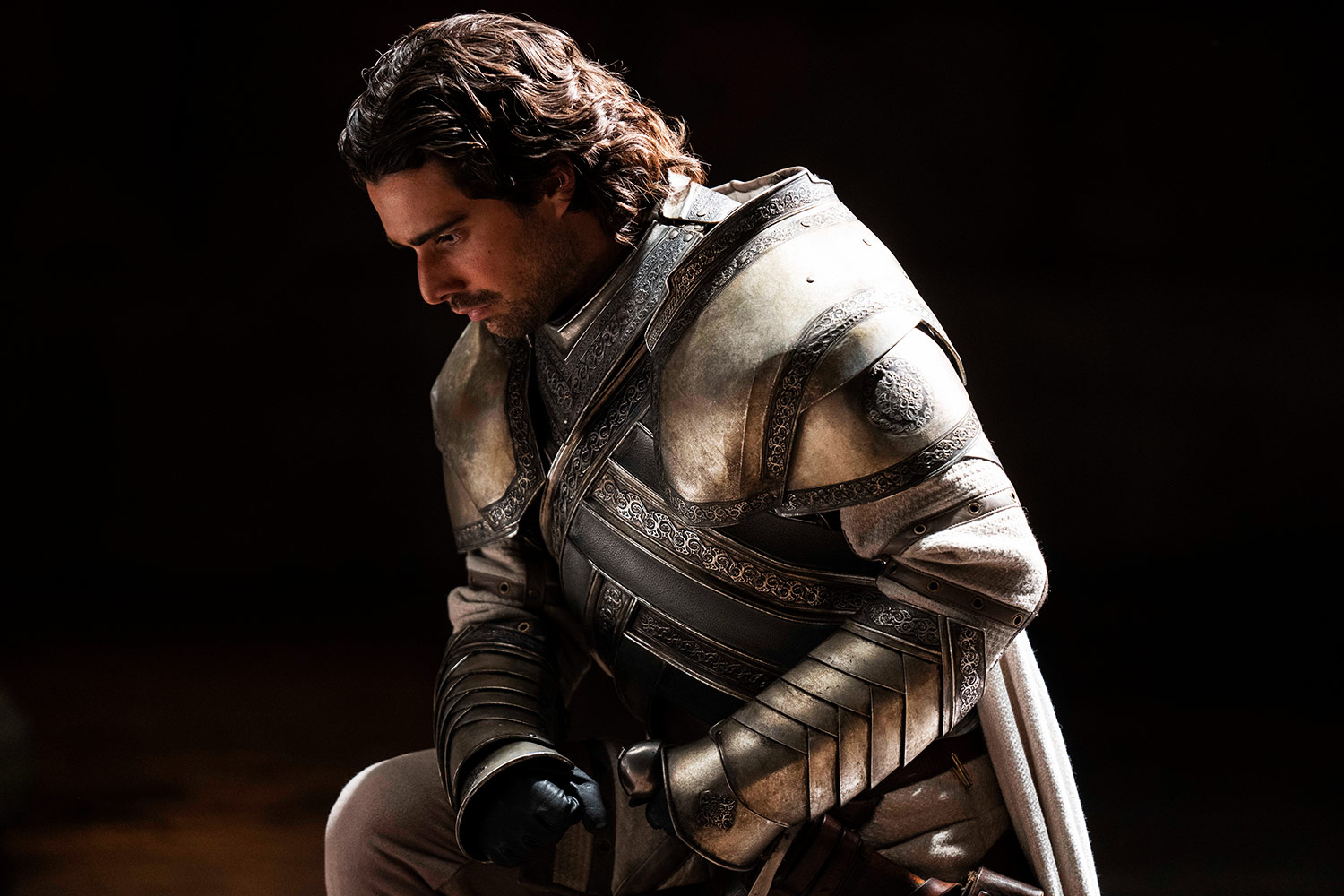 What was the biggest challenge in making and filming House Of The Dragon?

Sapochnik: For this first season, the biggest challenge was probably Covid because everything that the show is, is the opposite of what Covid allowed. It meant everyone had to stand far apart, smaller crews, fewer extras, things like that. Game Of Thrones had lots of extras, lots of crew and lots of work. However, we had little time to pay much attention to those kinds of things because we haven't had to before, and suddenly we're making a show where we went from 500 extras in a scene to 150. So there's a lot of Covid stuff. We all had Covid, and we also had a lot of crew members who lost family members during preparation. I actually have Covid now. I had three boosters and yet I still got it last week.

Condal: I mean, it's long been said that the hardest thing to do in this business is making the first season and I think that holds true here. But I think the added complication was certainly caused by Covid and having to move countries because we both had to relocate to London to make the show. That made it a very eye-opening experience. But you know, the wonderful thing about it is that we had a huge amount of resources. We had the will of HBO and Warner Media behind us to make a great show. We're marching our way to the end here and are about six weeks away from delivering the final episode. 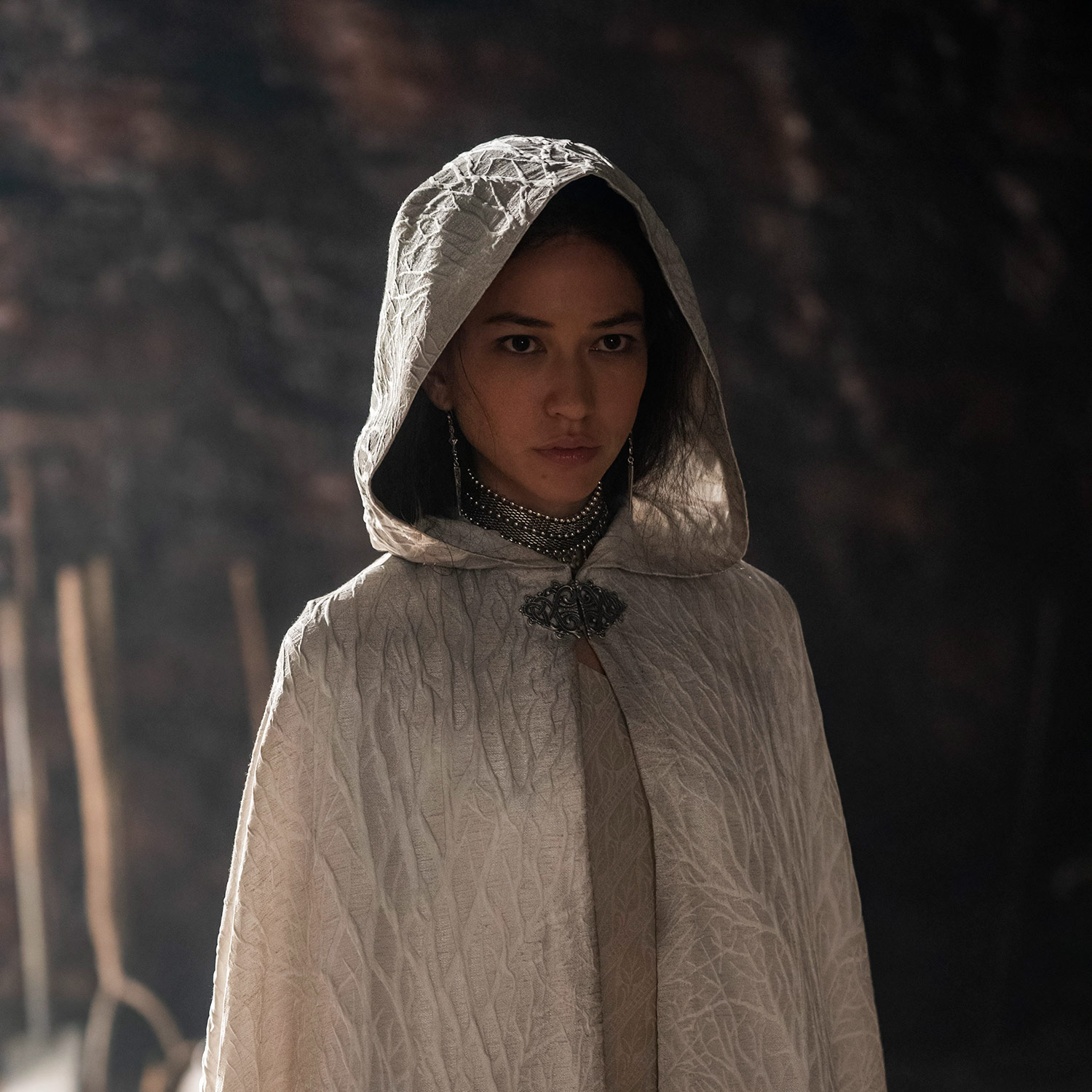