Uniting the world through art

The Bangkok Art Biennale will bring together 73 artists from 35 countries, as Thailand makes its stamp as an essential cultural destination

The third edition of Bangkok Art Biennale (BAB) 2022 is set to return from Oct 22 to Feb 23. Under the theme of "Chaos: Calm", BAB will showcase over 200 art pieces by 73 artists from 35 countries at 12 venues in Bangkok including Wat Pho, Wat Arun, the Bangkok Art and Culture Centre, the Queen Sirikit National Convention Center, Museum Siam, JWD Art Space and CentralWorld. 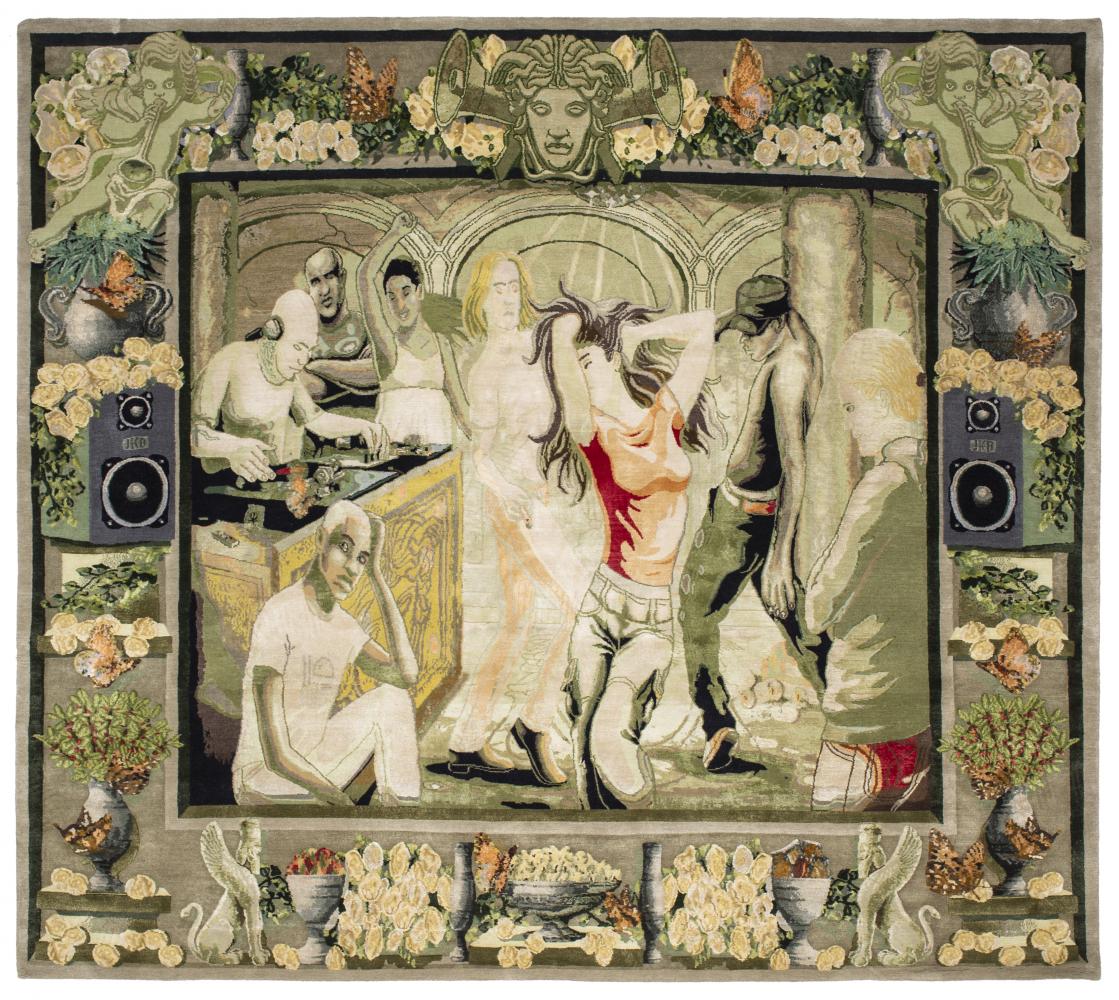 "BAB is an important project with artistic, cultural and economic value. It was launched in 2018 and has aimed to drive Bangkok to become a world's top tourism centre for contemporary art and a major destination for art enthusiasts worldwide. During Apec, we will have a chance to showcase the wonderful masterpieces from renowned local and international artists to all delegates and representatives participating in the meetings," said Thapana.

Bangkok deputy governor Sanon Wangsrangboon said that the Bangkok Metropolitan Administration aimed to make Bangkok one of the world's top 50 most liveable cities in the next four years.

"To achieve the goal, the BMA has to develop Bangkok in many aspects including education, art, culture and tourism. The BMA's festival economy is a policy to attract tourists to help boost the country's economy. By selecting, categorising and utilising distinctive features, each festival will highlight the identities and potential of every district across Bangkok to tell unique stories about each particular neighbourhood. During the month of the Creative Arts Festival, Bangkok Art Biennale, as a major international art festival, will be the key event that BMA is proud to co-host," Sanon said.

Abramovic, the 74-year-old Serbian conceptual and performance artist, was awarded the Golden Lion for Best Artist at the 1997 Venice Biennale.

"Abramovic selected her impressive performances to present on 10 screens at BAB. The performances will be categorised to fit with the theme either 'Chaos' or 'Calm'. Abramovic will be in Bangkok for a special lecture in January," said Apinan.

British sculptor Antony Gormley is widely acclaimed for his installations and public artworks that investigate the relationship of the human body to space.

"Antony Gormley has been creating site specific sculptures to exhibit at a public space in Wat Pho. Besides Thai heritage and culture, tourists who visit the temple will also see Gormley's artwork. The artist is very interested in Buddhism, so he takes this project very seriously," Prof Apinan said.

Sachs is a sculptor known for his work inspired by icons of modernism, consumerism, and design. Sachs' projects go beyond public institutions and private collections for he pushes the boundaries between art and life.

"As Sachs is a renowned artist, his product designs from T-shirts to shoes sell out very quickly. Sachs visited Bangkok last August and found Thailand's long-tail boats to be charming hybrid vehicles. He decided to transform a long-tail boat into his art piece that will float on the Chao Phraya River during the BAB opening and later be exhibited in Museum Siam for four months," said Apinan.

Phingbodhipakkiya is a multidisciplinary artist, educator and activist. As an artist-in-residence with the NYC Commission on Human Rights, Phingbodhipakkiya's art series, "I Still Believe In Our City", celebrates the resilience of the Asian-American and Pacific Islander community. The series reached millions of views in New York City and worldwide through her Atlantic Terminal billboard, subway domination and social media amplification. 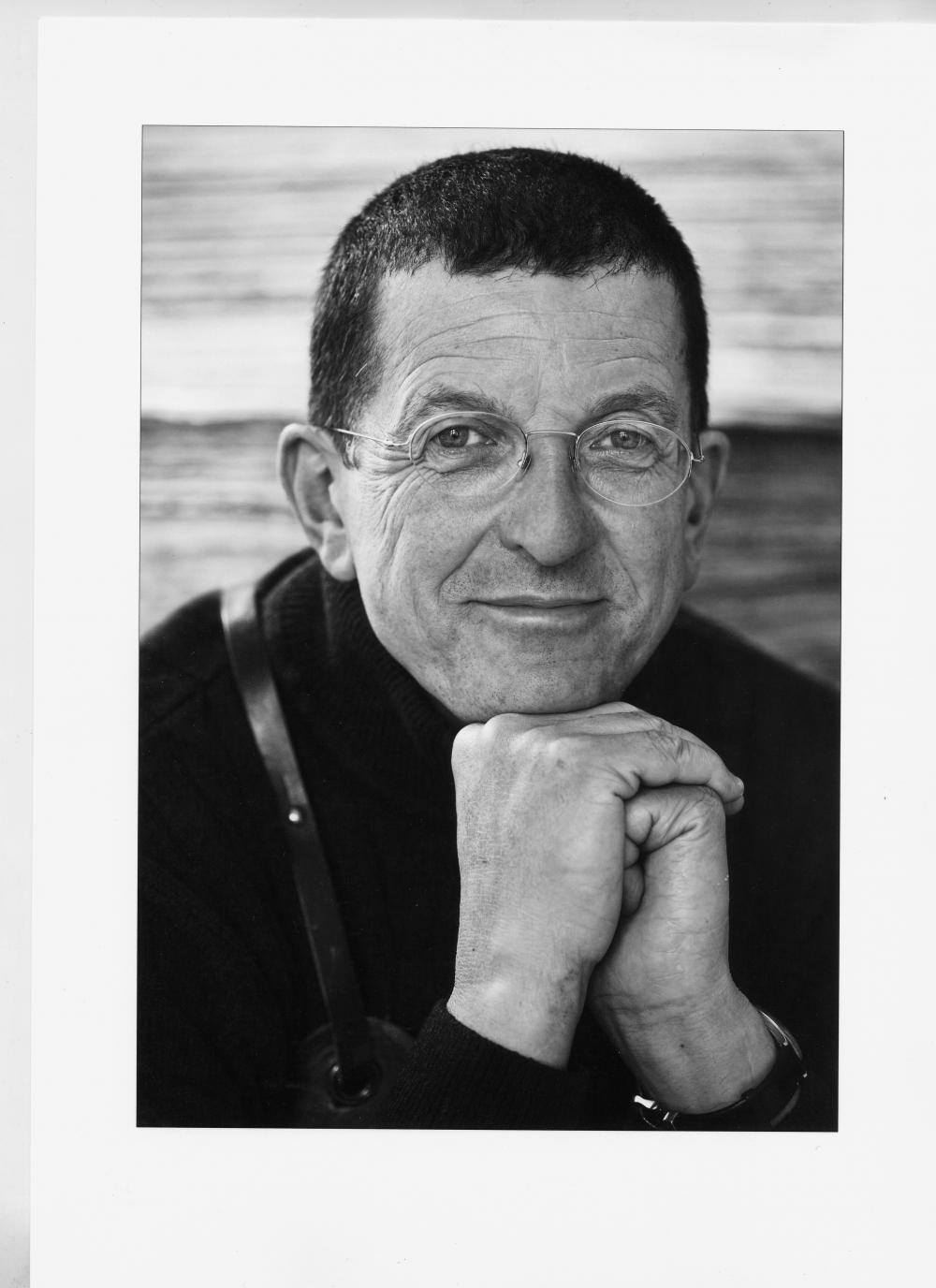 Kath is a German contemporary rug artist. His artworks present the role of rugs as social commentary. Kath consciously breaks with traditional ways with his ideas expressed through a series of fine hand-knotted rugs that take months to create. His rugs have been displayed in some international museums such as the Frankfurt Museum of Applied Art and the Beijing International Design Triennial.

"His rug designs are stunning with their aesthetic texture and massive size. People may be familiar with rugs as only a floor covering or aesthetic interior decoration, but this craft can be transformed to beautiful meaningful artwork," Apinan explained.

Founded in 2021 by Prach Pimarnman with De' Lapae Art Space Narathiwat, Satu ≠ Padu Collaborative is a network of the local community in Thailand's southernmost provinces.

"Satu ≠ Padu Collaborative gathers people from different backgrounds such as housewives, philosophers, activists and artists. Their work, including embroidery, installations and videos, portrays the beauty of Thailand's southernmost provinces of Pattani, Yala and Narathiwat, as well as reflects their struggles over the South's insurgency," said Apinan.

Kawita, a media and performance artist, expresses in her video art the exploitation, oppression, physical endurance and violence within the hidden background of labour of fast consumption. Kawita created a virtual reality (VR) exhibition, "Voidscape", that will be shown at CentralWorld. The artist told Life that visitors have to wear a VR headset so they can be transported to the future world. 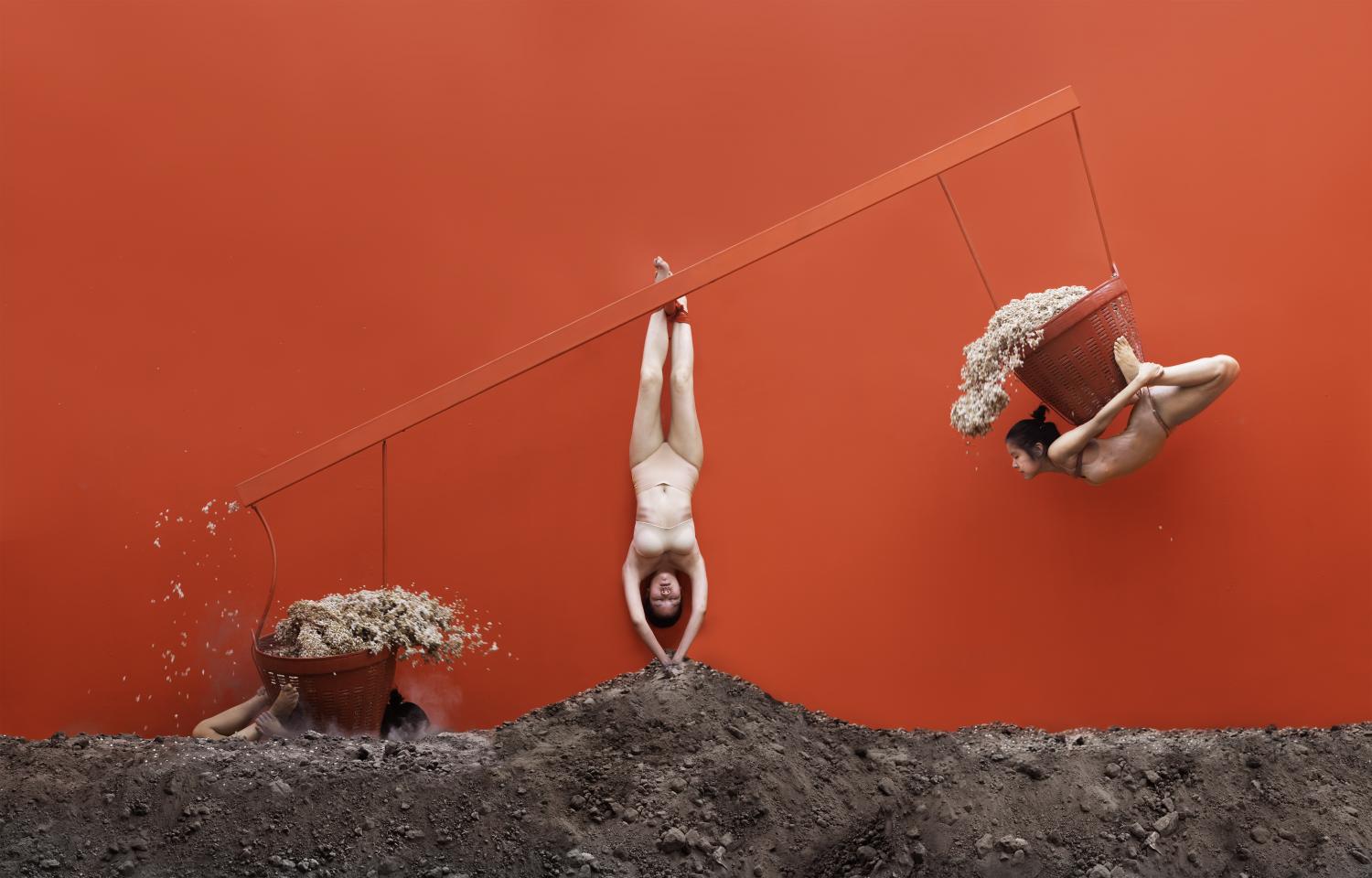 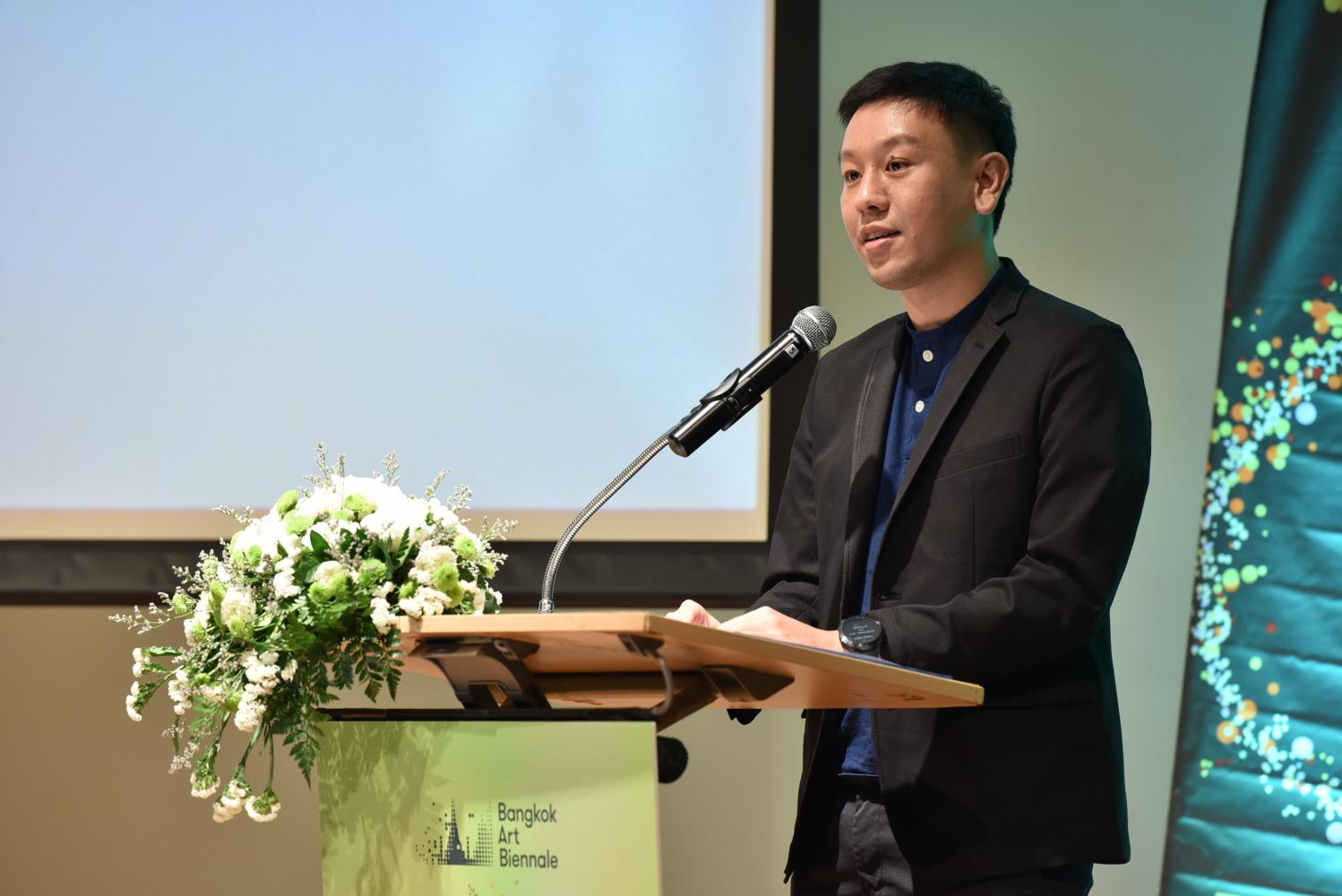 "The future world in 'Voidscape' is divided into four rooms. The first room is an industry room; the second room looks like a world underwater and demonstrates how the fast fashion industry causes polluted and toxic water. The third room represents a polluted city where visitors will see endless pink prisons. This room also presents my video performance where I absorb smoke pollution. The last room is called 'Knitting Room', which gives viewers hope. Unlike my previous performance, Knit, where I used my entire body to weave a spider web, the performance in the Knitting Room represents untangling anything that is tangled," she explained.

Voice Of Oppressed is a highlight performance that Kawita will perform live with two artificial intelligence beings that look like her.

"These two AIs were developed by Pat Pataranutaporn, a technologist at MIT Media Lab. They have an input of my personal data, but they were generated with different mindsets. The first AI believes that oppression in the current system is necessary while the other AI believes in reconstructing a new system that brings justice for all. The AIs will discuss to find a solution," said Kawita. 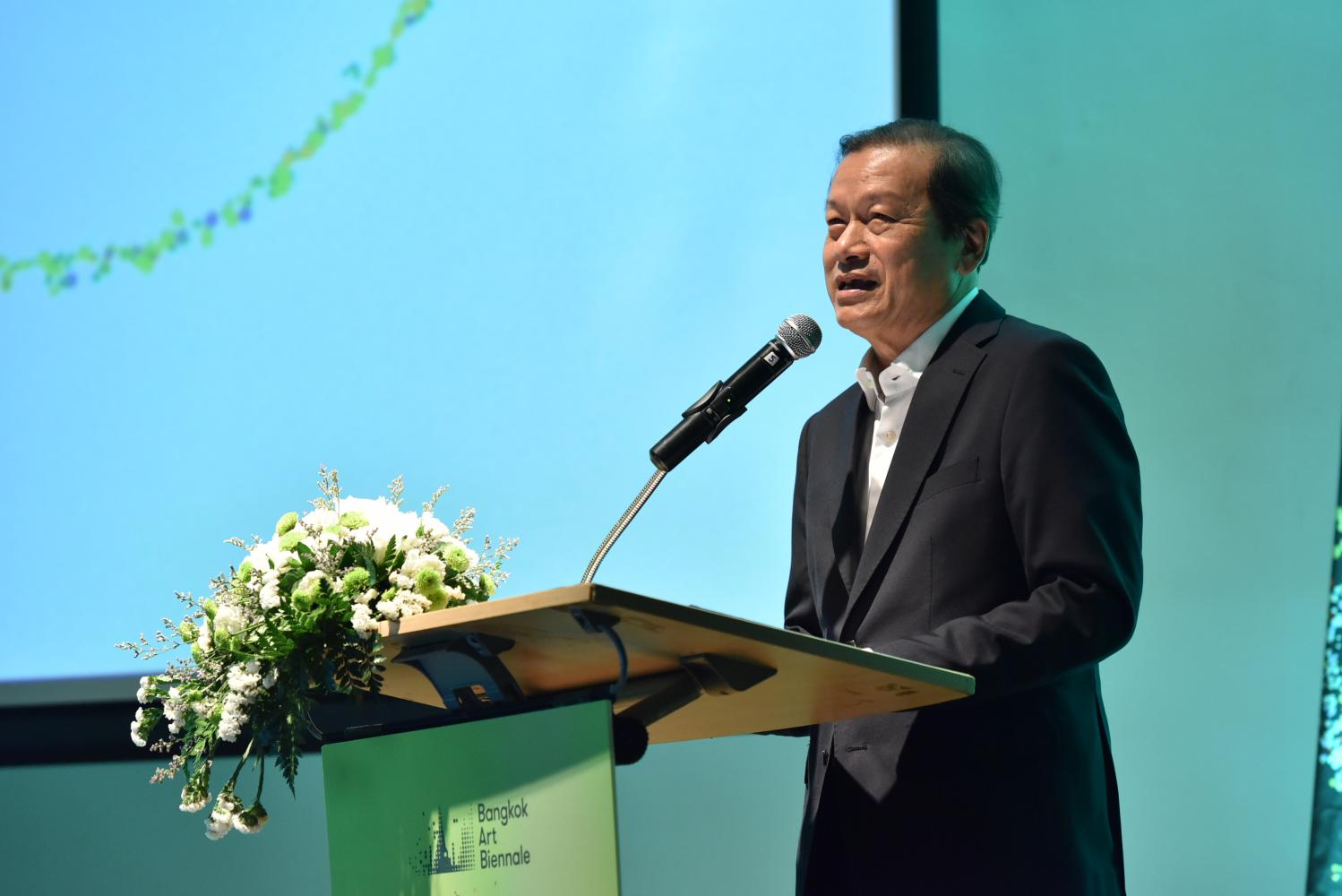 Uninspired By Current Events is a pseudonym of Saratta Chuengsatiansup, a young computer graphic artist, who creates daily surreal images inspired by the latest news. With his witty political satire and effective CG images, he quickly gained popularity in 2021 during the height of the pandemic and the political unrest in Thailand. Saratta told Life that he was thrilled to participate in the biennale for the first time and he is now working on interactive videos.

"It is similar to my work on my social platforms, but visitors can interact with them. I learned how to create these interactive videos by myself. My difficulty was I had never presented my work in a venue since they are all posted on online platforms. At a venue, there are many possibilities for presentation that I did not know how to manage. Creating artwork for BAB is intense because I had to think about how to express myself among renowned artists. It is so challenging," said Saratta. 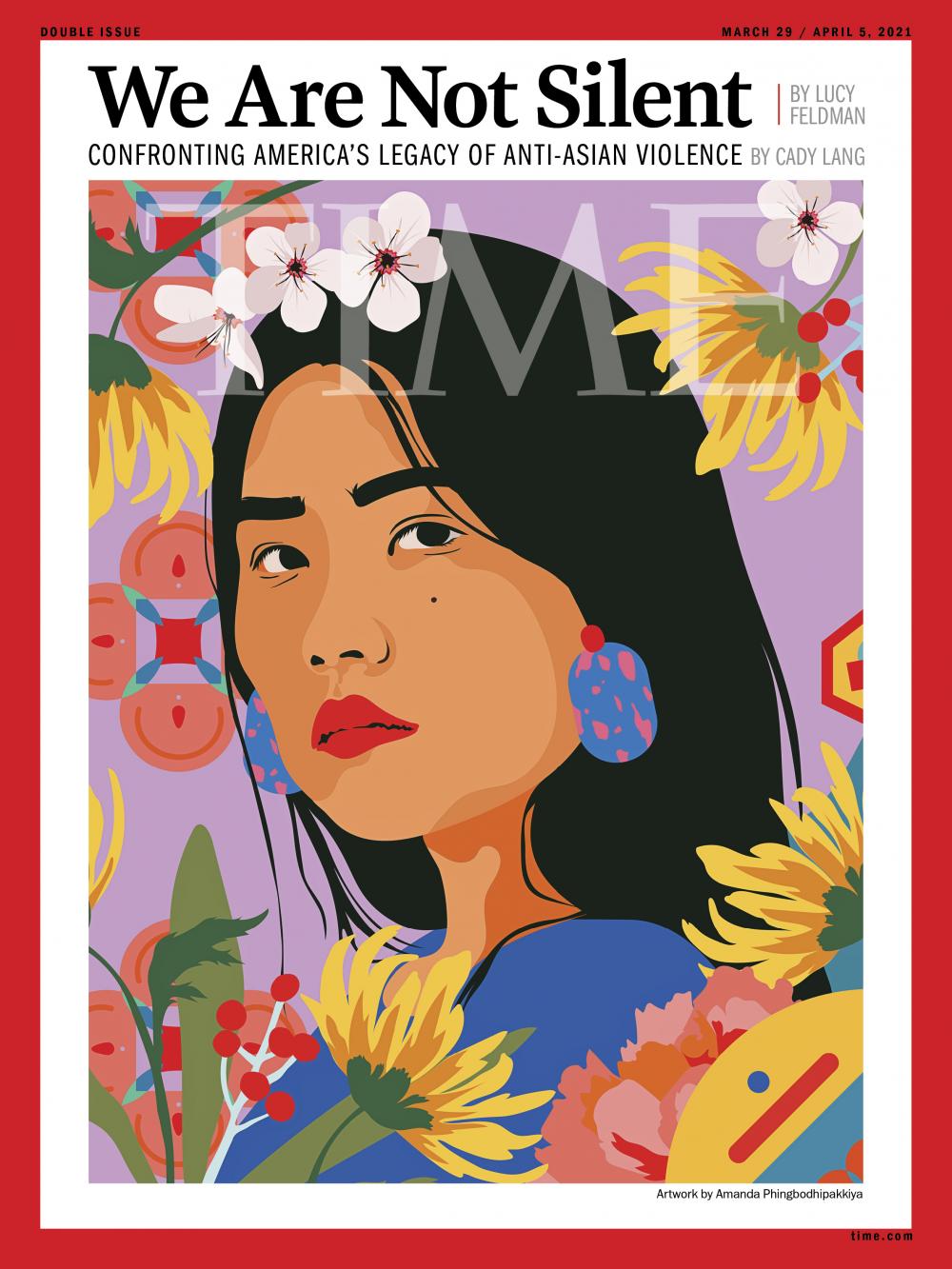 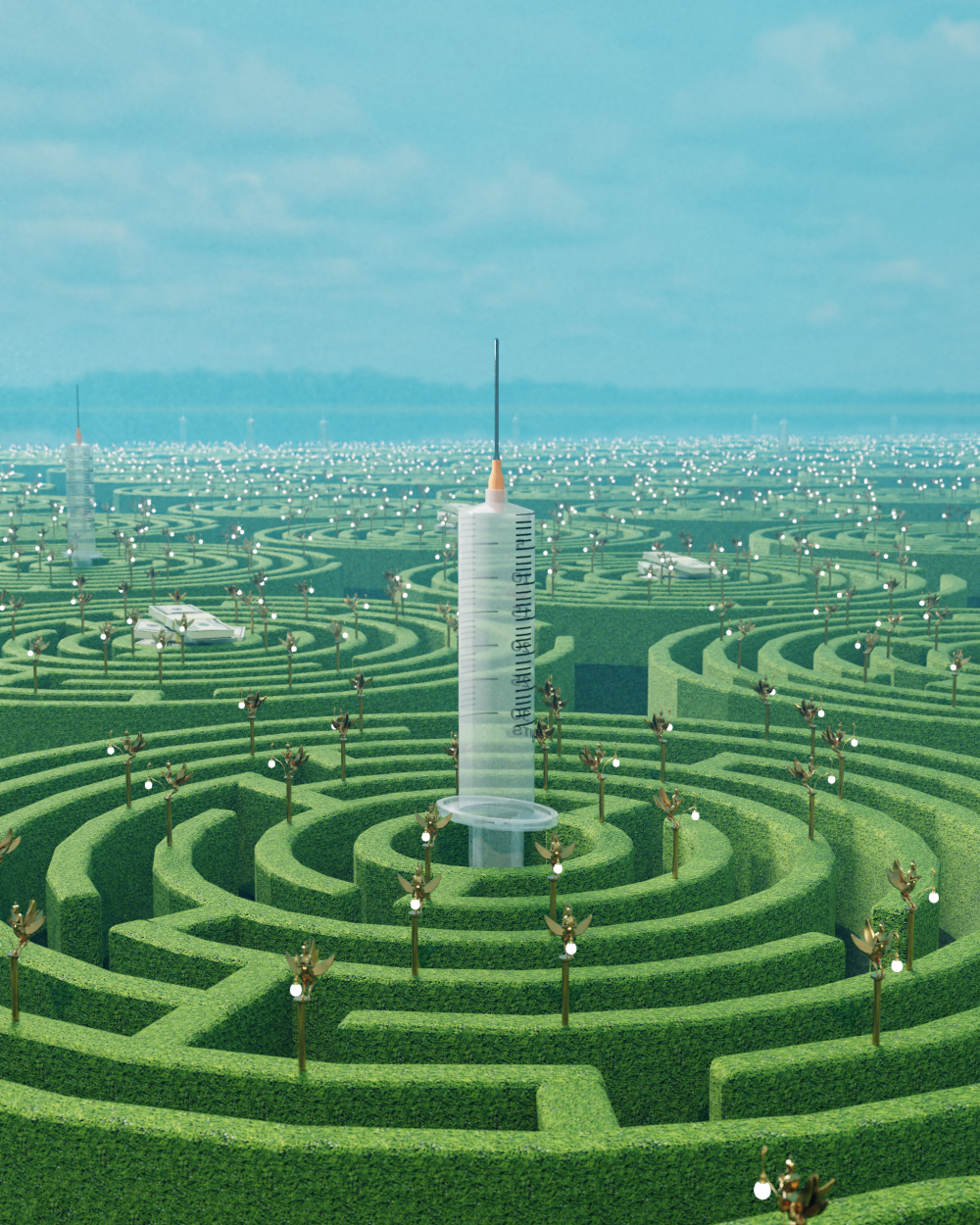