It is the rescue retold around the world: 12 boys, their coach, and impossible odds.

Now, a new series debuting Thursday promises an intimate Thai perspective on the extraordinary effort to save 13 lives from a flooded cave back in 2018.

The world was captivated by the young "Wild Boars" football team trapped inside a cave complex in northern Thailand, as an international diving team scrabbled to extract them.

Netflix's six-episode drama "Thai Cave Rescue" is the latest screen interpretation of the event and comes only a month after Amazon released its feature-length film "Thirteen Lives".

Amazon's production, directed by Oscar winner Ron Howard, focuses on the life-or-death efforts by the divers -- played by Hollywood stars Colin Farrell and Viggo Mortensen -- to reach and rescue the boys.

The latest retelling seeks to take a closer look at the young players and their families.

"I think the series covers some parts that haven't been portrayed enough, such as the world of the kids and their coach before it happened," said director Nattawut Poonpiriya.

The 41-year-old, perhaps best known for the award-winning Thai heist thriller "Bad Genius", said one of the biggest challenges was covering all sides of the complex rescue.

The length of the series -- with each episode clocking in at around 50 minutes -- gave him the freedom to tell that story.

"It allowed us to show the details, and really emphasise the characters and situations they were in," he said.

He highlighted the pressure of accurately depicting former Thai Navy SEAL Saman Gunan, who died during the operation and was subsequently treated as a national hero, with a statue erected outside the cave. 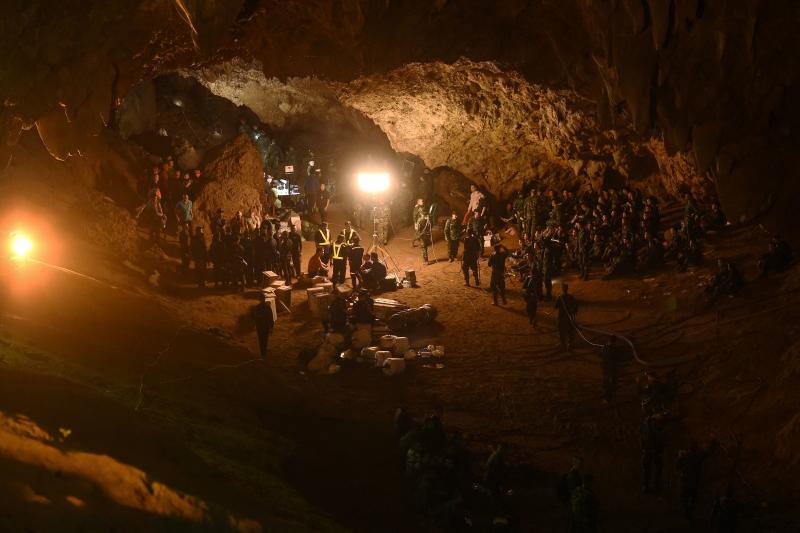 In this file photo taken on June 26, 2018, Thai soldiers relay electric cable deep into the Tham Luang cave at the Khun Nam Nang Non Forest Park in Chiang Rai during a rescue operation for a missing children's football team and their coach. (Photo: AFP)

While previous productions have brought the subterranean complex to life through recreations, "Thai Cave Rescue" actors filmed outside and around the actual cave itself.

"It's very intense in there," said actor Urassaya Sperbund, better known to Thai audiences by her nickname Yaya.

She plays a fictionalised hydrologist battling to keep the cave's water levels under control.

"It was freezing cold, and you could hardly talk through the rain because it was so hard," the 29-year-old said.

Beyond the cave, hundreds mobilised to explore any other chance to get the boys out -- from climbers searching for different access points, to teams diverting the mountain's waters.

"We dig really deep into every section of the rescue team," said Sperbund.

"So you will get to see how difficult it was to complete the mission, how many times we failed, and how that affected the families of the boys," she said.

Her role highlights efforts to divert water, showing how rice farmers' fields were deliberately flooded as a result.

"That was a very touching scene and it's important to know that the local people also contributed a lot," she said. 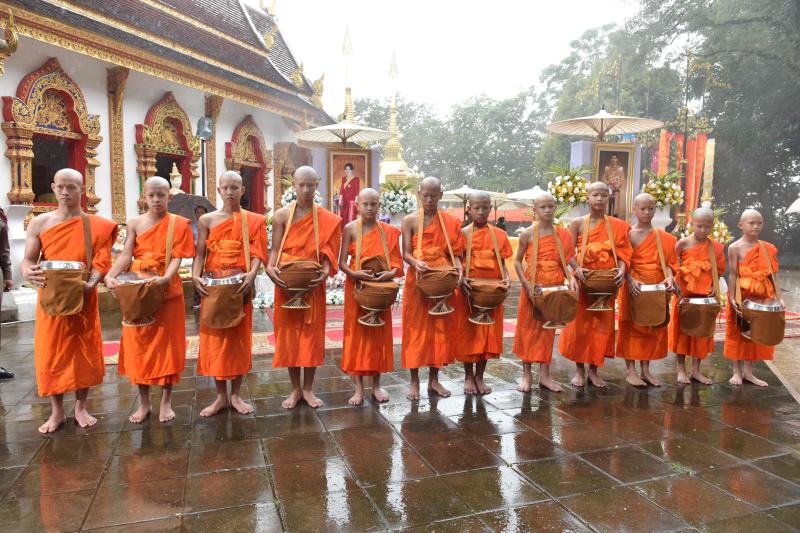