With its world-class facilities, Queen Sirikit National Convention Center reopened last week. In addition to expanding in size from 65,000m² to 300,000m², the new centre is decorated with several impressive art pieces including The Rice and The Seed. 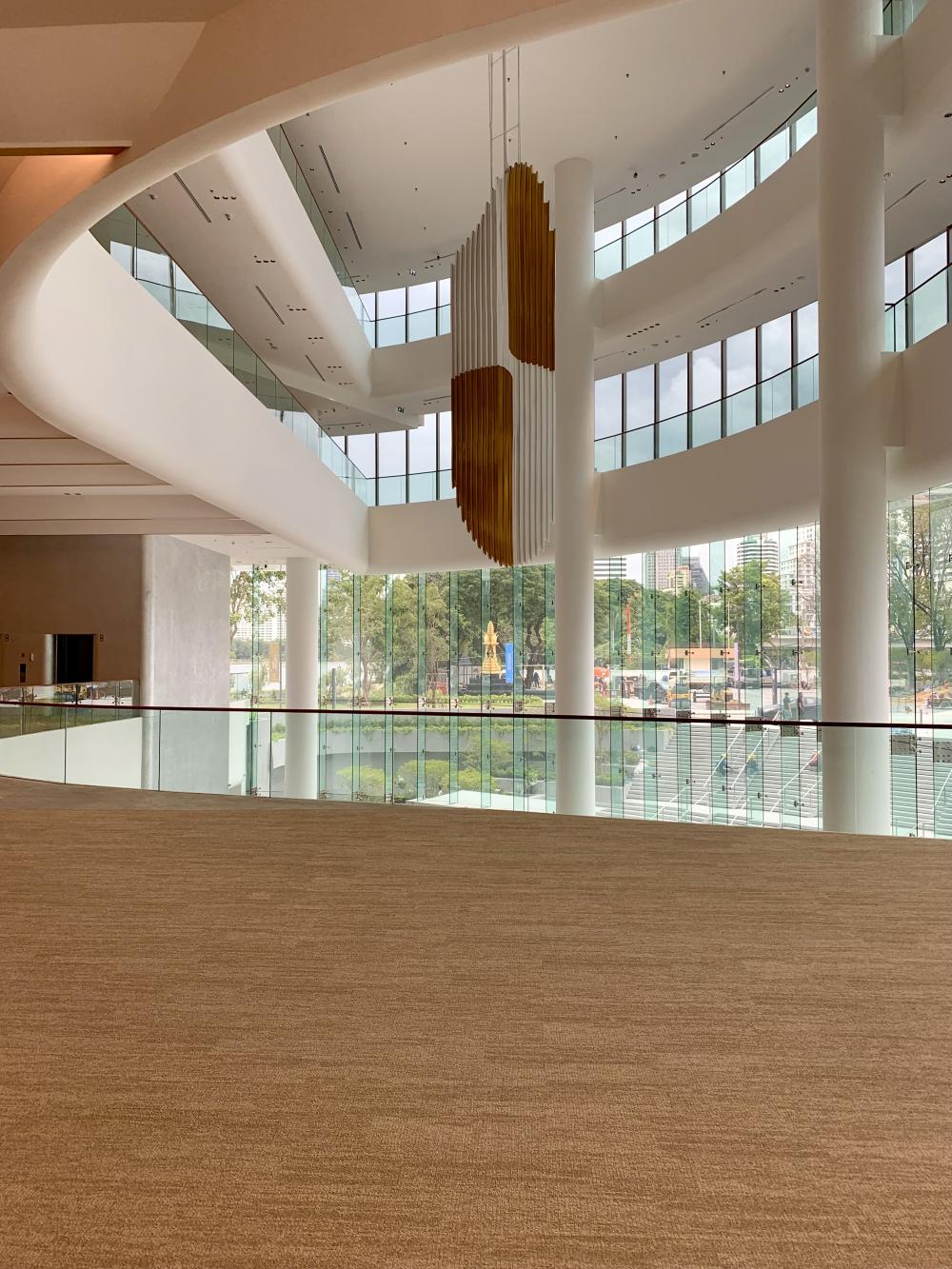 Perpendicular to the floor, The Rice is an 8m-tall rice grain sculpture that hangs over the main hall. The artwork is a collaboration between Satit Kalawantavanich, founder of Propaganda and owner of Mr. P, and other young designers including Piti Amraranga, Jutamas Buranajade and Phisanu Numsiriyothin.

The Rice contains the historical memory of the settlement of the Kingdom, being a fertile territory that lies on both sides of the Chao Phraya river, and the growth of creation in every aspect of civilisation.

The piece is engraved with 19 grooves on its lightest hardwood surface, which is made strong by employing the guitar-making technique of kerf bending. The colour contrast between white and gold, divided by a vertical groove in the centre, generates a floating three-dimensional item in the centre of atrium. 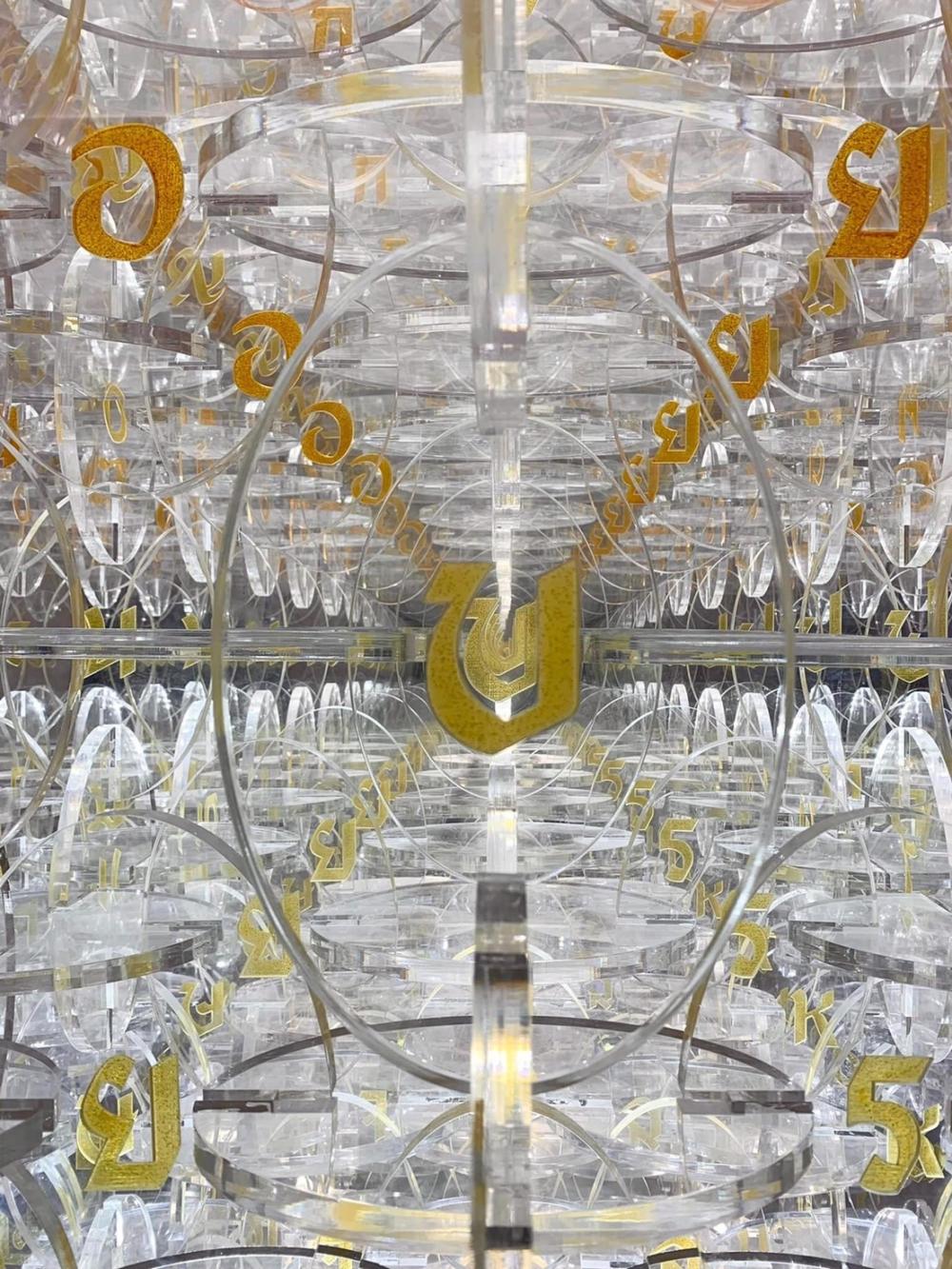 The Seed represents a product of nature that will bloom in a thriving ecosystem associated with civilisation, culture, art, prosperity and innovation.

The Seed was created by Pairoj Teeraprapa, better known as Roj Siam Ruay, and Tassanai Yan-ubol, founder and creative director of the Embassy of Design Territory.

Using over 3,000 clear acrylic sheets, the 4.2m oversized rice seed structure was formed. Each was inspired by the concept of amber crystal fossilised under layers of rock strata for millions of years. This was the original idea of incorporating the golden Thai letters into the clear acrylic sheets -- representing the preservation of genetic information, the passing of cultural heritage from the past to the future.