Chalermchai Kositpipat, one of Thailand's most popular contemporary artists, has put down his tools and brushes for good in a low-profile decision known only to close friends until now.

"I'm done," the 67-year-old artist told his fans in a video posted on their Facebook page on Thursday.

The Chiang Rai native quietly faded from the art scene two years ago but he had not publicly announced his retirement, until that three-minute video on social media.

Chalermchai said he decided to end his career as an artist at 65, and start a new journey in life by motorcycling all over the country with his close friends.

"I don't want to be seriously creating art until the last day of my life," he said. " I am having another happy life." (continues below)

Chalermchai is an artist with a solid fan base drawn by his outspoken style and strong criticism of artworks and social issues. He is known as an all-around artist, skilled in painting, sculpture and architecture.

His most famous work is the creation of Wat Rong Khun, better known to tourists as the white temple, in Muang district in his Chiang Rai home province, which was opened to public in 1997. He built it like a temple to showcase his artistic skills and it is a major drawcard for travellers visiting the far northern province.

Charlermchai once said he could die peacefully after the completion of Wat Rong Khun. (continues below) 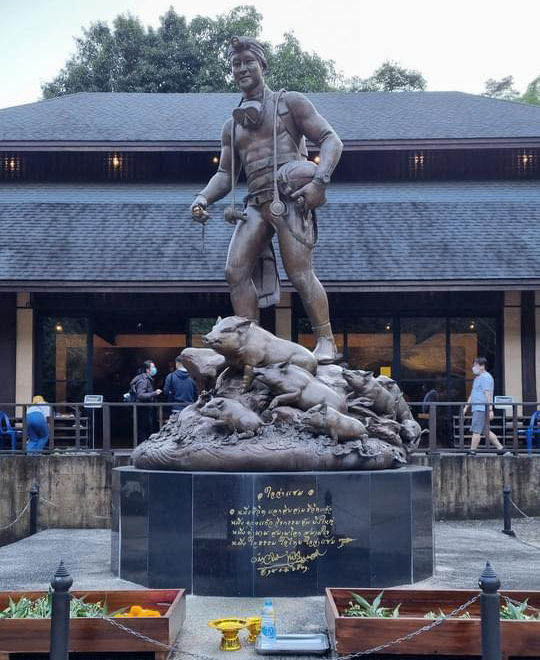 His latest work was a double-life-size sculpture of Petty Officer 1st class Saman Kunan, also known as Ja Sam, installed outside Tham Luang cave in Mae Sai district. It is a memorial to the former navy diver who died during the rescue of 13 footballers trapped inside the flooded cave.

The national artist paid for it from his own pocket. 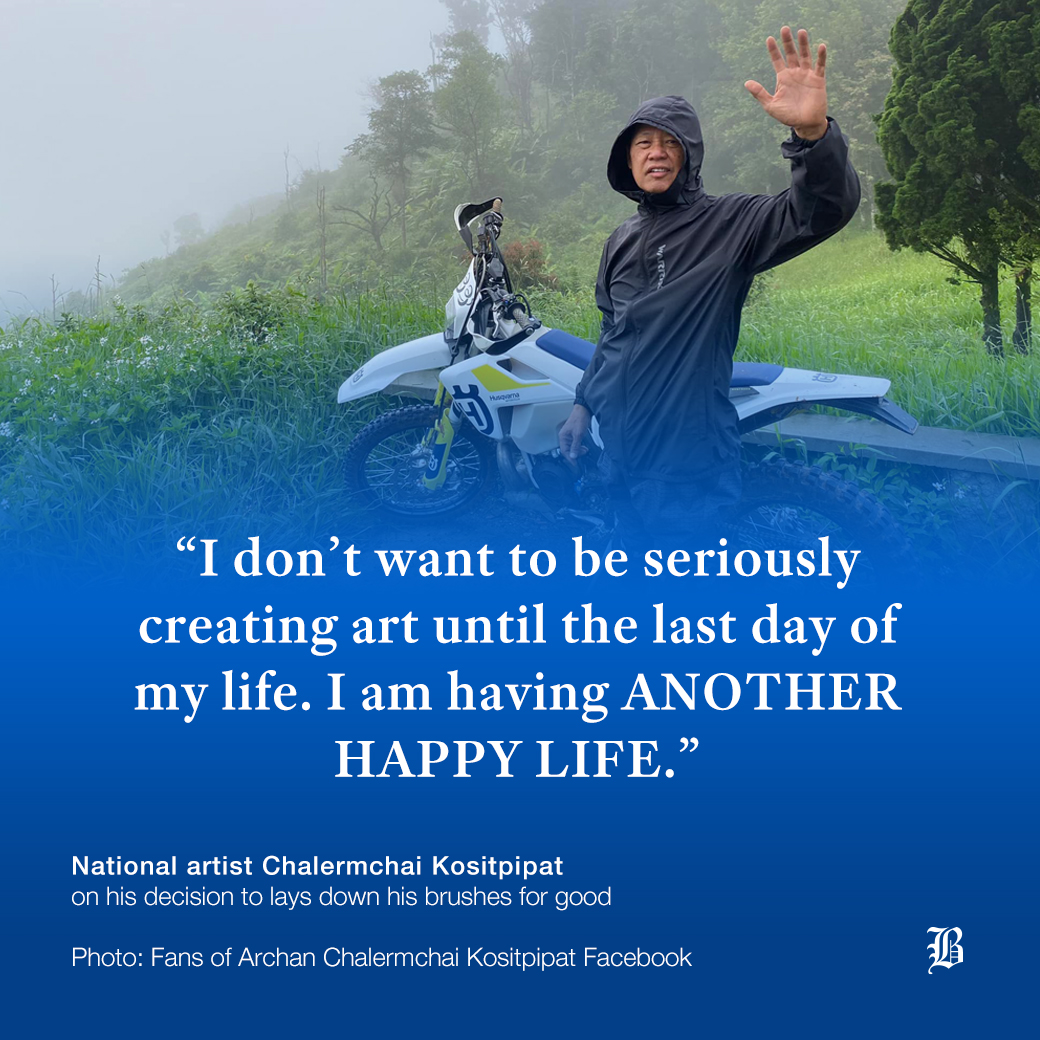 Chalermchai said art had now taken a back seat, and become a leisure activity, while his focus was on travelling on two wheels before the final chapter of his life closes.

"I accept what lays ahead of me, including death," he said. "I am ready for everything."