published : 4 Oct 2022 at 14:10
writer: South China Morning Post
Rapper Kanye West speaks during a meeting with US President Donald Trump to discuss criminal justice reform in the Oval Office of the White House in Washington, on Oct 11, 2018. (Photo: Reuters)

The show, held in a secret location, featured a performance by his daughter North and a children's chorus and had a very limited guest list.

Vogue's editor-in-chief Anna Wintour, designer Demna Gvasalia of Balenciaga, who now goes by just Demna, and designer John Galliano of Maison Margiela were among the select few who watched as models such as Naomi Campbell showcased the collection.

Among the pieces on display was a long-sleeved T-shirt featuring the likeness of the late Pope John Paul II on the front and the phrase "White Lives Matter" printed on the back.

Marc Lamont Hill, an American academic, author, activist and television personality, posted, "Kanye West decision to wear a 'White Lives Matter' shirt is disgusting, dangerous, and irresponsible. Some of y'all will rush to defend him. You should ask yourselves why." 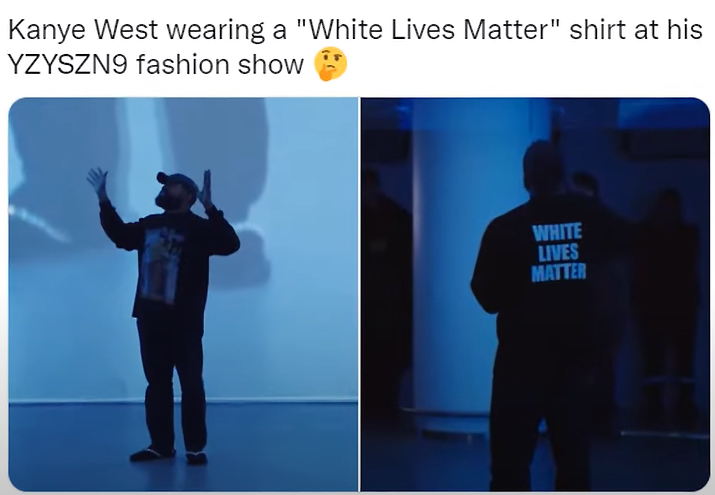 West himself also wore the T-shirt while giving a speech before the show, igniting a social media storm.

The slogan is a reference to the Black Lives Matter movement that erupted in the United States in the summer of 2020 after the killing of George Floyd, a black man, at the hands of a white policeman in Minneapolis in state of Minnesota.

This is not the first time West has made controversial political statements through his clothing. Clad in a Maga hat, he famously paid a visit to then US president Donald Trump at the White House in 2018. Maga stands for "Make America Great Again" and is a slogan adopted by Trump and his supporters.

The same year, he suggested that African-American slavery was a choice in an interview with celebrity website TMZ. 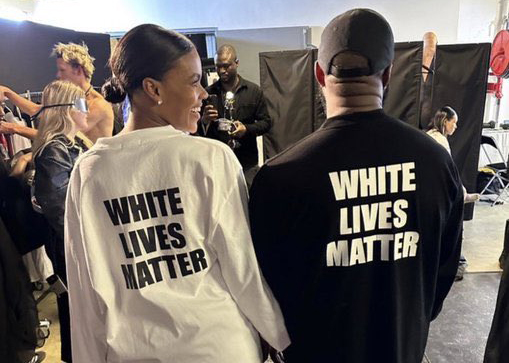