The classic novel All Quiet On The Western Front by German author Erich Maria Remarque documents the brutality of World War I. Those who live in the US are perhaps more familiar with this story as the book is usually required reading as part of high school and university curriculums. While I have never read the book, I have seen the first film adaptation in a big Hollywood production from 1930.

The fundamental core of the 2022 version of All Quiet On The Western Front is that we follow the teenager Paul Bäumer (Felix Kammerer) and his school friends Albert Kropp (Aaron Hilmer) and Franz Müller (Moritz Klaus), who voluntarily enlist in the German army in order to defend their country after being stationed on the Western Front. His romanticised vision of riding a wave of patriotic fever is quickly shattered once faced with the brutal realities of life on the front line. Over the course of 18 months, Paul and his fellow soldiers endure the hell of war as it slowly approaches its end. As politicians scramble to agree to an armistice, Paul starts to lose hope for the future and becomes a completely different man from who he once was. While the original 1930 film was made with a cast of mostly American actors in the German soldier roles, the 2022 version has been replaced with a cast of mostly German actors, including Daniel Brühl who plays the role of German politician Matthias Erzberger. I really liked that decision here as it feels more authentic, especially when watching in German language with subtitles. The English dubbed version also works quite well, but watching it in German makes the characters much more likeable and suits the main theme of Western Front better.

The film opens up with a powerful image of nature, all silent, calm and peaceful. A small family of foxes nest together. Love within nature is apparent but on the surface there's anything but love to be found as a battle between humans breaks out. Like many other war films that came before, All Quiet On The Western Front is brutal and full of terror. We see a lot of grisly blood and gore throughout the film. Guns and machine guns; bayonets, knives and shovels are used for more intimate or close kills while explosives, flamethrowers and even the tanks are used to take out others. Some of the sights in this film are truly unsettling, the sounds of gunfire and explosions making for a terrifying experience.

That being said, the cinematography and production design of this film are very impressive. While not in the same league in the production aspect, this is quite similar to 1917 by Sam Mendes in 2019. There's something deeply experiential about this movie. It injects you right into the heart of things. You feel the dirt and the cold and the fear, and the camerawork during battle scenes is exquisite from a craft perspective. The movie makes excellent use of tracking shots, both in battle scenes to maintain focus in the heat of the action and outside of them where characters investigate areas, building suspense as they do, the camera movement steady and fluid. It's always easy to tell what exactly is happening on screen. I also liked the transformation of Paul's character. We witness the war unfold in his eyes and feel just as surprised as he does when he has to experience the horrors of war in so many ways no one should have to see. He's forced to grow up fast when dead bodies, shelling, starvation and the constant threat of death become a normal everyday occurrence. 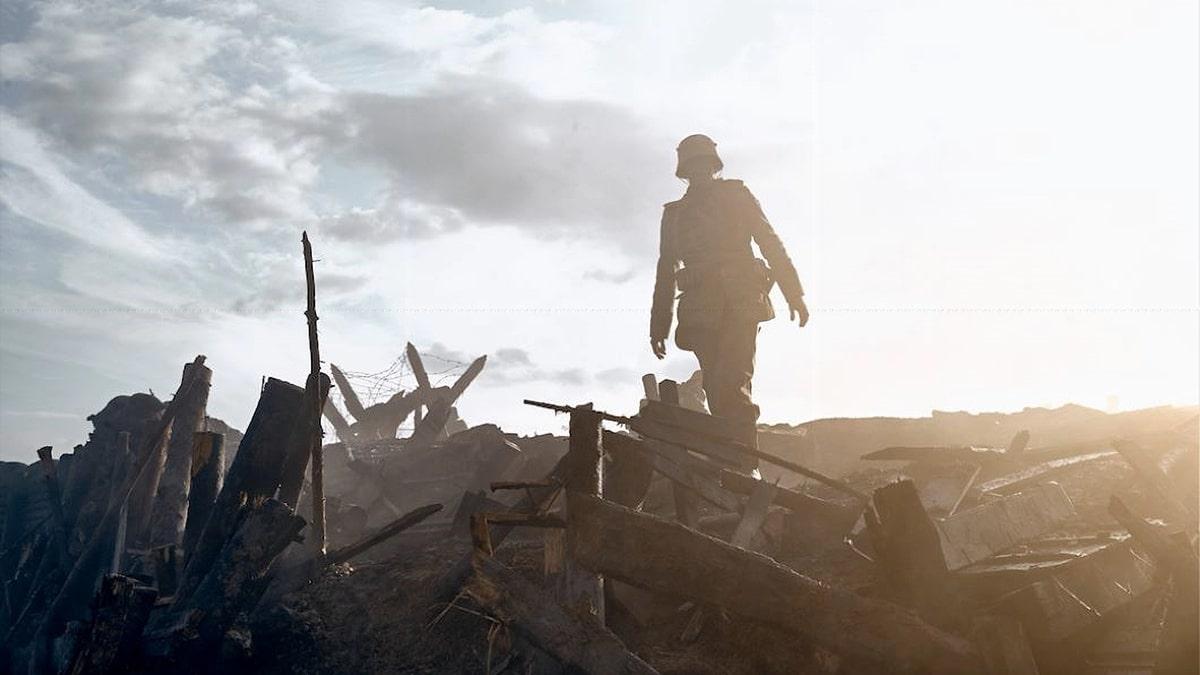 But the movie isn't entirely bogged down by the horror. Soldiers build camaraderie, share jokes and stories and get involved in shenanigans the same way any other young men would. The brief moments of joy they share with each other, such as the scene where Paul and a friend head to a farmhouse to steal a goose and return to base where the group cooks it and acts like they're living like kings. This small scene lightens the mood of the story when necessary, and serves as a reminder of the value that is their humanity.

Overall, All Quiet On The Western Front is a powerfully moving anti-war film that is made more pointed with its message. To this day, in between the ongoing Russian-Ukrainian war, or other armed conflicts in the world now, it seems nothing has really changed regarding how world leaders approach conflict and have futile wars. I'm glad that movies like this continue to be made to show the consequences of what happens when the actions of a few power-hungry leaders cause so much misery for humanity as a whole.