The art display, which is open to the public from now until Jan 5, highlights seven portrait masterpieces by Lawan Upa-In, Thailand's National Artist in Visual Art (painting) of 2016.

The first female painting artist to receive the noble title, Lawan, now 86, was mentored by the father of Thai modern art Professor Silpa Bhirasri. Her artistic genius was discovered early on and she was later recruited as his teaching assistant. Lawan was also the first female student to receive a Bachelor of Arts in painting at Silpakorn University, which at the time, was entirely dominated by men.

Later on, she became a professor at Silpakorn's Faculty of Painting and Sculpture Arts and was commemorated with an honorary doctorate from the university. She had also served as a painting artist in the Royal Court for many years.

Well known for her work in oil-on-canvas portraiture, Lawan's painting style is influenced by Western art traditions with the portraits maintaining aspects of photo-realism. 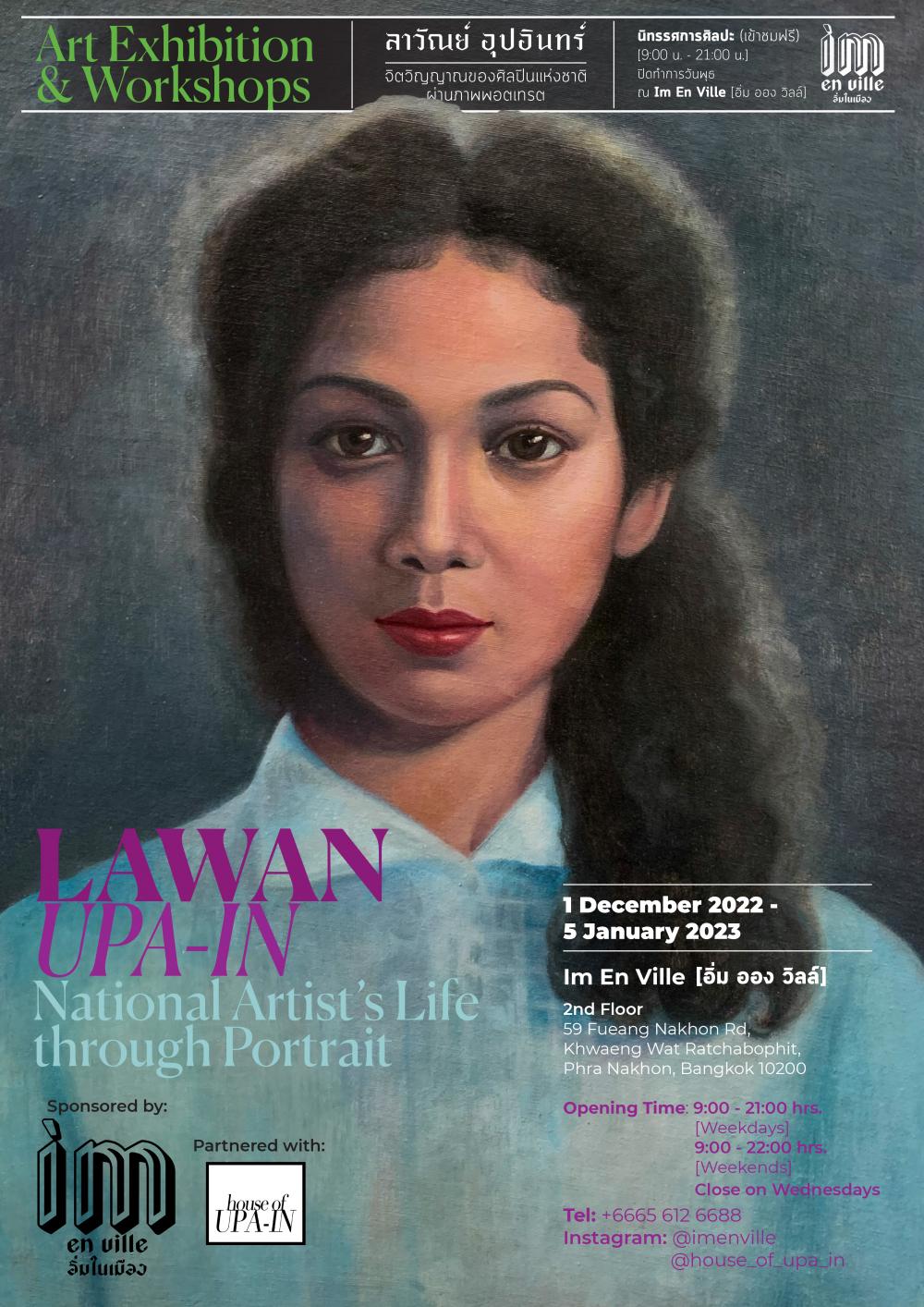 Making their first appearances and unseen in the public after three years, the masterpieces shown at the exhibition not only capture the likeness of the subjects but also reflect the life and soul of those closest to her heart. The exhibition allows the audience endless resonance within and beyond time and space.

There will also be self-portrait workshops conducted by Lawan Upa-In on Dec 10 and 17. This very rare and exclusive opportunity is limited to 10 participants per day.