An Udon Thani woman whose unfaithful behaviour drove her husband to attack her lover says she is now looking around for someone else.

Chanoknat, 44, says she is unhappy with her husband Somchai Sonangam, 45, after he barged in as they were "having a few drinks" at her home in Chai Wan district.

Called to the scene, police found her lover, Theerawat, 53, lying in a pool of blood after he was stabbed with a long knife.

Mr Somchai, a builder who had returned early from a job in Khon Kaen in the hope of surprising his wife, says he found the pair in bed.

While Theerawat, a friend, insisted he was just sleeping off the drinking session, Mr Somchai, who suspected his wife was playing around, did not believe him. He chased him out of the house. 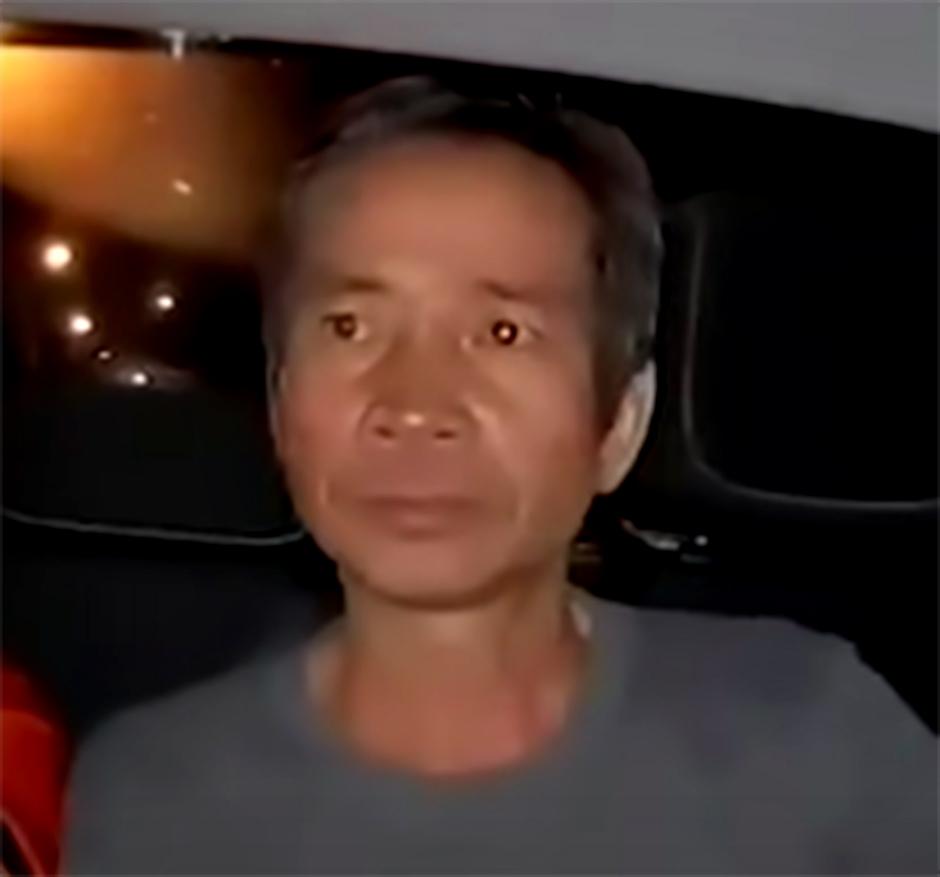 "Outside, Theerawat found a hammer and started hitting me with it, so I grabbed the knife and stabbed him in self-defence," Mr Somchai told reporters. He fled the scene to a nearby rice field hut, only to return later once he had regained his composure.

Chanoknat said she was celebrating after receiving a payment under the government's rice management scheme. She withdrew 5,000 baht and asked Theerawat around for a drink.

"I get lonely when my husband is away. He behaved really poorly, causing a commotion like that," she grumbled. Neighbours said Mr Somchai is often away for long periods working in the provinces.

While she denied anything untoward at first, later she admitted she was seeing Theerawat on the sly. She and Mr Somchai had been married eight years and have no children. She had been seeing Theerawat for five years, she said.

Mr Somchai said he feels sad and confused about what happened, as Theerawat won't admit he was seeing his wife behind his back. However, he would not sever his ties with either, as they still meant too much to him.

"Once I am out of jail, I will go back to my wife as usual as I still love her. As for Theerawat, I have to come to an understanding with him, as I owe him many things in life," he said.

Chanoknat, however, has other ideas. She feels sorry for her lover as he was injured in the attack.

While she still loves her husband, she was not keen on his violent temper. "He's now going to jail, but I don't have the 20,000 baht needed for his bail. My son and daughter from my earlier marriage say I should quit with him and find someone else, and I agree.

"I have told him I want to end our marriage but he won't accept it," she said. Police charged Somchai with assault causing serious injury. 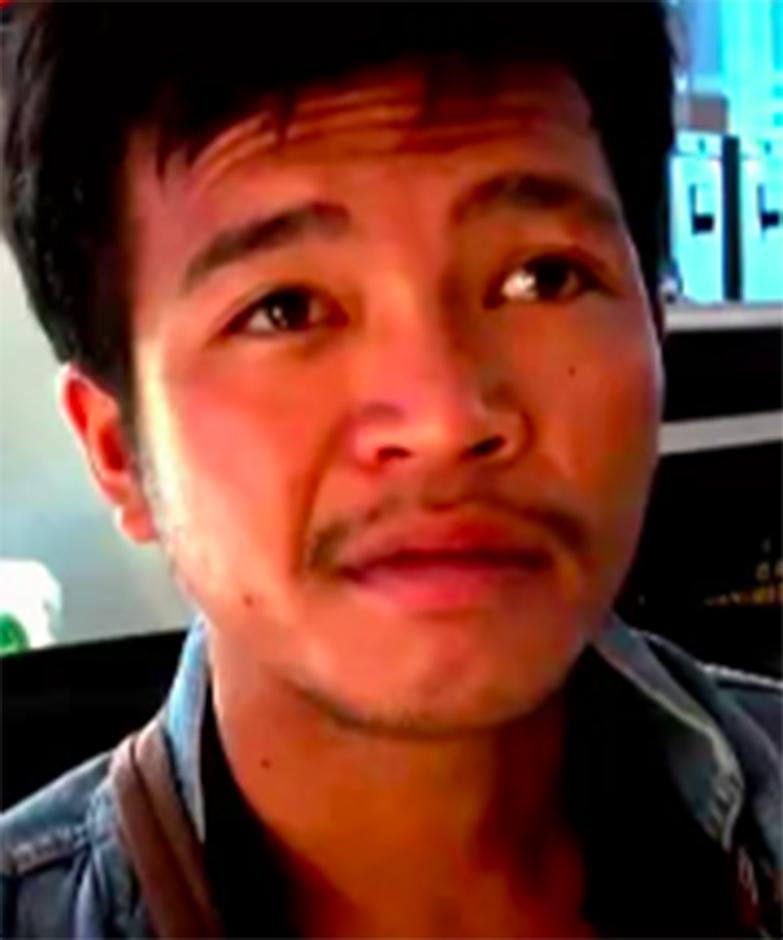 An Udon Thani youngster shot a distant relative in the eye after he pressured the lad to buy drugs.

Wang Sam Mo police found Naruedej Jaitham, 38, lying in a pool of blood. He had been shot once in the eye by a Thai-modified cap gun. Yodchai "Opal" Buapa, 22, who attacked him at his grandmother's house where they both live, initially fled the scene but returned later to face the music.

He said he shot Naruedej in self-defence after he started striking him and his younger brother with a plank of wood. "He would pressure us to find him drugs but when we said we didn't know anyone who sells them he would fly into a rage, hitting us with planks of wood or stabbing us with a knife," Mr Yodchai said.

"On the day of the attack our grandmother was preparing a meal and my brother and I were about to head into the forest to find produce to sell when he turned up and started hitting us," he said.

He said normally he and his sibling would flee, as they did not want any trouble. However, on this occasion he grew fed up, so headed to the kitchen where the cap gun was kept. "I brought it out to threaten him but he kept hitting us so I shot him," he said.

Mr Yodchai, who said he and his brother were orphans, had been living with their grandmother since childhood. Their father is from Laos and their mother had fled.

Naruedej, who would intimidate the boys by claiming he was a fugitive from the law, hails originally from Roi Et and is a distant relative. He moved in with them about three years ago, claiming he had lost his job.

Police charged the young man initially with murder with intent, despite his claim to have acted in self-defence. 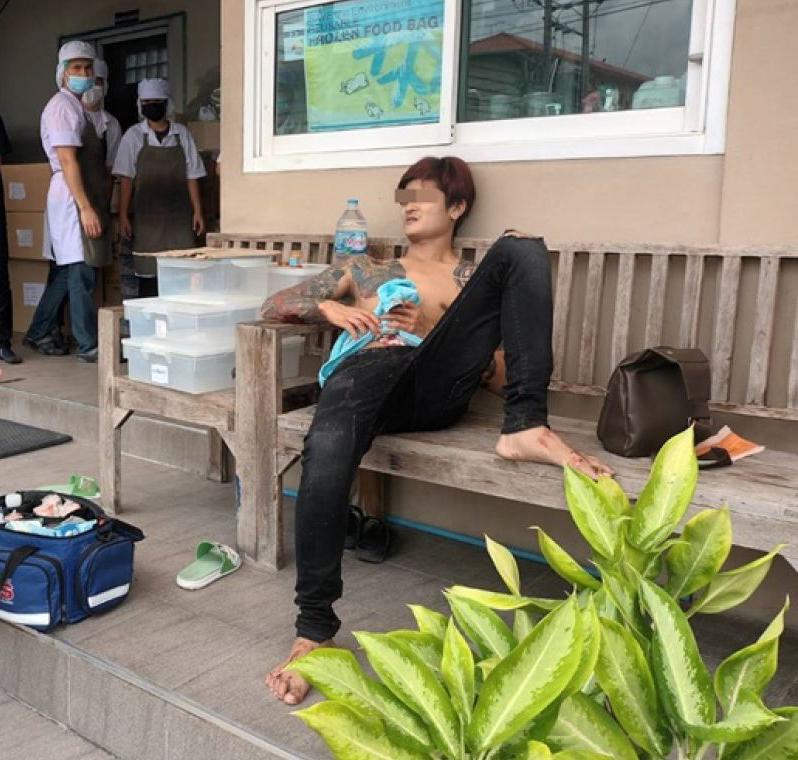 A Myanmar worker was stabbed after he started molesting a woman who dropped into the room where he was staying with a distant relative.

Bang Khun Thian police were called to a dorm in Bang Bon district where they found Myanmar worker Praew, 20, in a state of shock.

She had earlier fended off an attack by Thin Nai, 23, also from Myanmar, in a room nearby her own.

Praew, who shares a place at the dorm with her elder brother and was on a day off from her job in a nearby plastics factory, dropped into the room occupied by a close friend of her brother's just down the way.

She was preparing a meal and had come by to fetch some pork from the fridge.

She and her brother make use of his friend's fridge as they have none of their own. Her brother had left the key to the room with her.

His friend wasn't there, but Thin Nai, a distant relative of the occupant's, had arrived home on his lunch break.

Praew said Thin Nai, who works at a nearby snacks factory, fancied her. He threw her on the bed and tried to molest her.

She fought back with the kitchen knife she was carrying, lunging about wildly until she had stabbed him on the left arm and in the stomach. He withdrew in pain, while Praew raced downstairs to seek help from a friend, who called police.

Thin Nai was sitting outside the third-storey room when officers arrived, moaning as he nursed his injuries. He was wearing a pair of jeans and naked from the waist up.

Police sent him to hospital, and later charged him with molesting Praew.