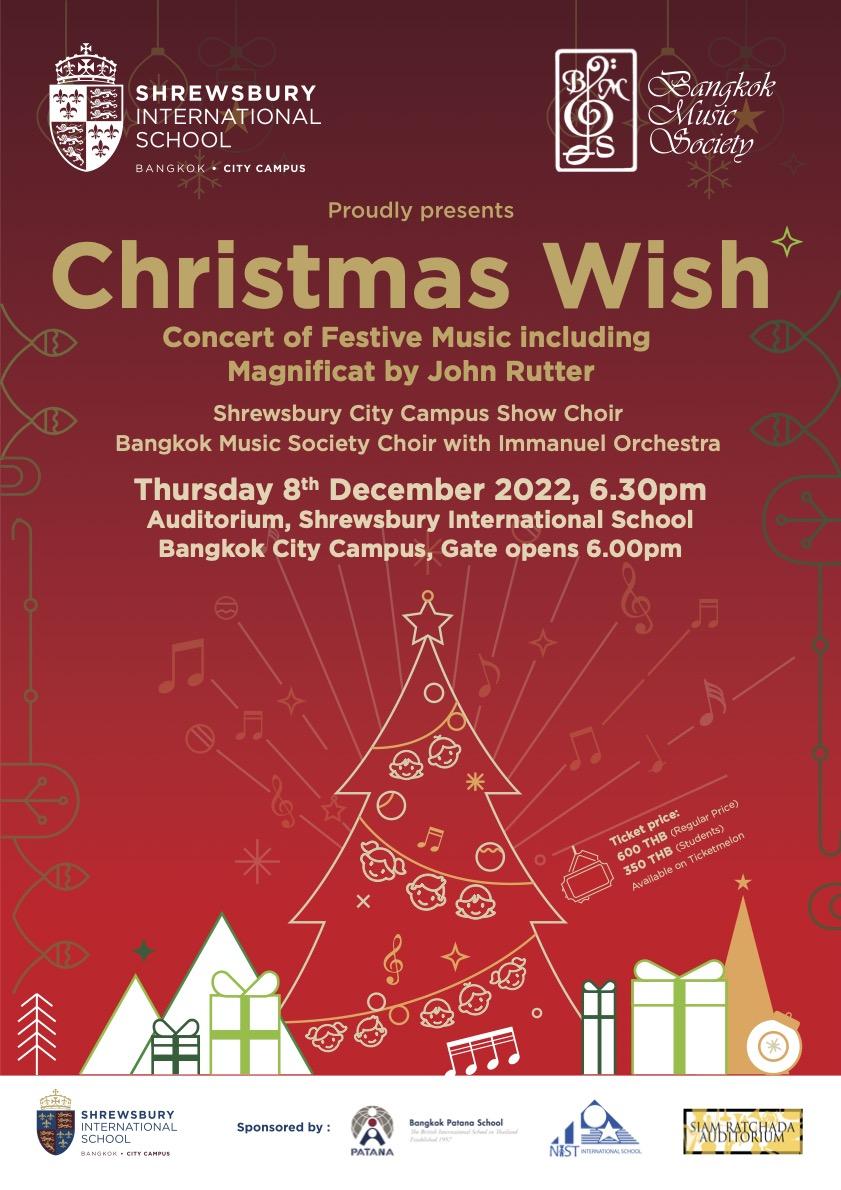 Children can wish for the gift of their choice to be placed under the Christmas tree. But the origin of the festival is the birth of a baby, a very special wish from God, so Christians believe. The Bible relates that a young girl named Mary was told by an angel that she would bear a son, named Jesus, by means of the Holy Spirit.

The Magnificat or the Song Of Mary, is her wishful response to the news: "My soul magnifies the Lord." It is an ancient hymn of praise set to music by many composers over the ages, one of the most recent being by the popular British composer John Rutter in 1990.

Rutter's music for Magnificat is highly dramatic, both in the choral singing and the rich colours of the orchestration, using a wide range of modern harmonies and often jazzy rhythms with catchy melodies throughout. It is music that can be enjoyed by everyone of all ages.

Both well-known and lesser-known seasonal songs and carols will occupy the second half of the programme, with one composed by Rutter in 1972, in what will be a joyful variety of traditional and modern songs to kindle the festive mood as well as a chance for some audience participation.

The BMS choir will be joined by the enthusiastic children of Shrewsbury School only in the first show on Thursday, while the young string musicians of Immanuel Orchestra from the Klong Toey community will join the choir on both shows.

It will be conducted by Margaret Young, BMS music director, with Morakot Cherdchoo-ngarm on keyboards.

Tickets cost 600 baht (300 baht for students) and can be purchased from ticketmelon.com.