A recent survey by the Creative Workers Union Thailand (CUT) shows that almost 80% of illustrators have commission-based, underpaid jobs, highlighting the precarity of freelancers who have no access to financial security, welfare benefits orlegal protection.

Chaiwat Wannakhot, founder of the CUT, said freelance illustrators are subject to wage theft, delayed payment and unfair work agreements. Nowadays, employers prefer to draft contracts on their own terms. Although illustrators work shorter hours than film crews, they suffer from many health problems, including office syndrome and burnout.

"It isn't a friendly environment for creative workers at all," he told a forum at Thammasat University's Tha Prachan campus last weekend. 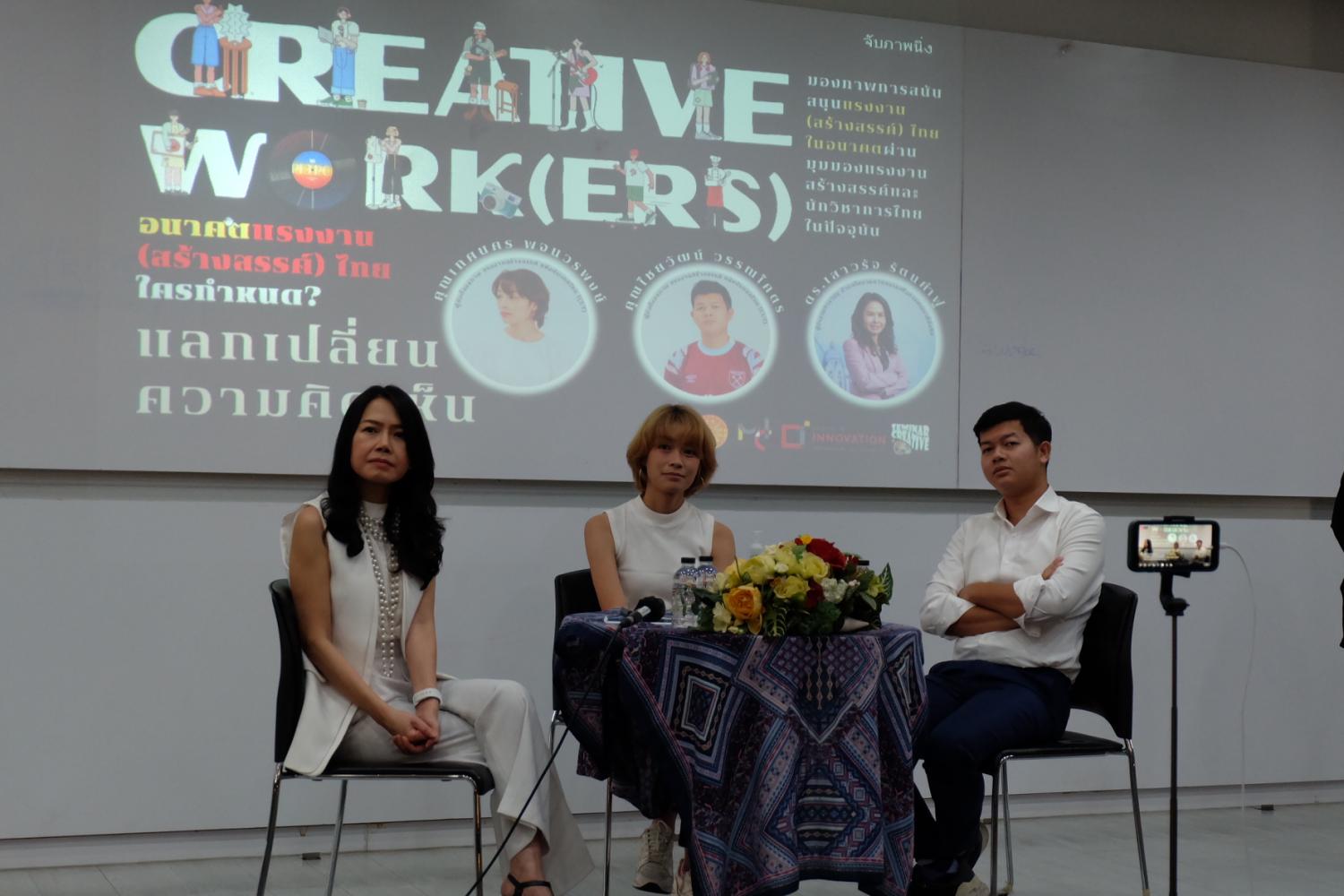 Thai illustrators are not alone. Anime artists in Japan and film crew in South Korea were once subject to poor working conditions. Prof Guy Standing, an economist at the School of Oriental and African Studies, discussed the emergence of the "precariat", or workers who have flexible labour contracts and wages without other benefits.

Chaiwat criticised the government's trickle-down economic policy for perpetuating the exploitation of creative workers. On the other hand, the social democracy economic policy can distribute wealth via welfare schemes and subsidies. Decent work will reduce the possibility of capitalists exploiting freelancers and accumulating wealth.

"It will bring additional value to the economy, decrease overproduction and improve the quality of creative works," he said.

Ketanakorn Pojanavorapong, the founder of CUT, said that while employees can seek help from the Department of Labour Protection and Welfare, freelancers must file civil cases themselves. However, most of them do not have a work contract. Even if they have such a document, they do not have enough financial resources for a lawsuit.

"Joining a union will determine the base rate of creative works and increase our leverage with those in power," she said.

Their proposals include the introduction of wealth tax, the decentralisation of opportunities and the formation of labour unions. After film crew had suffered at work, they founded the Federation of Korean Movie Workers' Union and eventually achieved welfare benefits and fair employment contracts.

According to the Thailand Development Research Institute (TDRI), there are over one million workers in Thailand's creative industries. Saowaruj Rattanakhamfu, research director for innovation policy for sustainable development at the TDRI, said government policies should focus on adopting digital technology, enhancing global reach, delivering valuable experience, and designing beautiful yet practical products.