Joji performed a sold-out show at Thunder Dome, Muang Thong Thani, on December 8. "Very Live Presents Joji: Smithereens Tour Live in Bangkok 2022" isn't the first time Joji, whose real name is George Kusunoki Miller, performed in Bangkok, as he was a part of the "88Rising Live In Bangkok" in 2017. However, fans who expected a full-length show may leave yearning for a bit more. 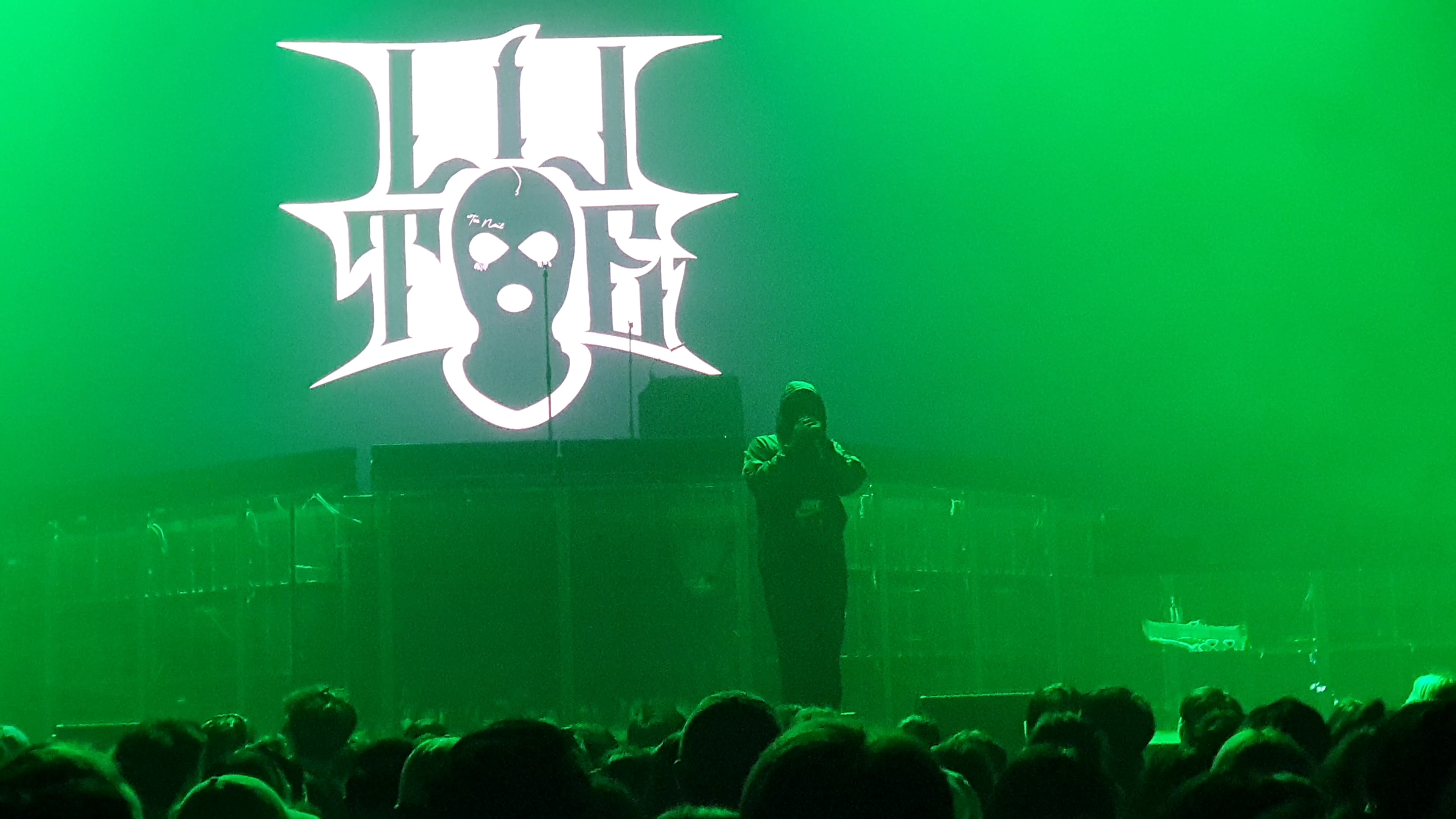 The night kicked off with Savagerealm, who also serves as Joji's hypeman throughout the show, warming up and entertaining the crowd. A surprise opening act was the anonymous American rapper Lil Toe, who moved the crowd with some NSFW songs. Fun fact: Joji appeared in Lil Toe's music video for Go Out as Pink Guy, a character he played on his non-PC YouTube channels FlithyFrankTV and DizastaMusic before he became mononymously known as Joji the artist. 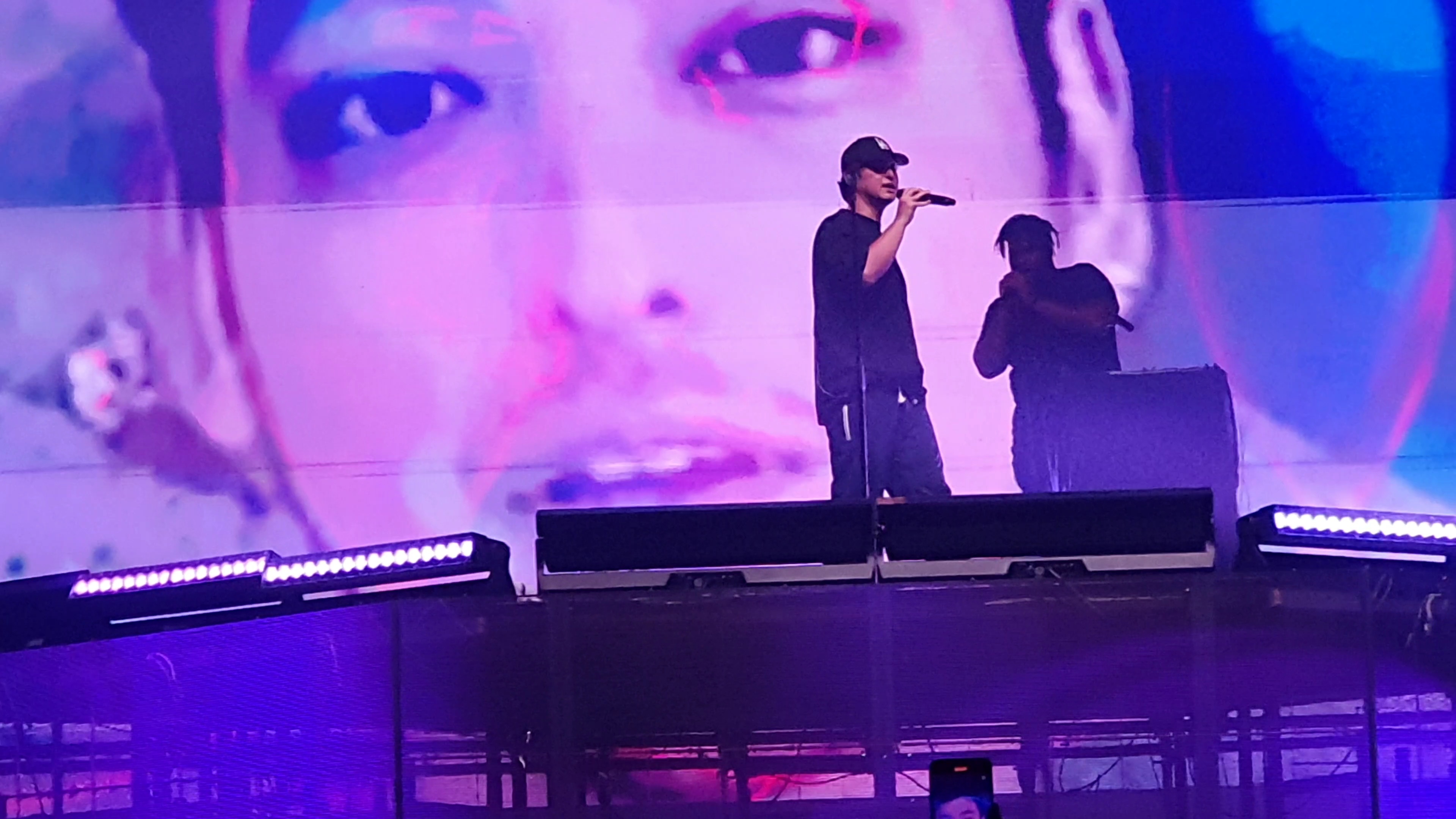 The crowd went totally crazy when Joji, who wore a cap throughout the show for some reason, first stepped on the stage and greeted fans before he started with Sanctuary, one of his classics, which fans enthusiastically sang along to every word. Speaking of classics, he went back further in his discography to treat early fans to Yeah Right and Will He from his debut album Ballads 1 and his first EP In Tongues, respectively.

Pretty Boy from his second album Nectar was performed next before he moved to his latest album Smithereens with its second single Yukon. Then he went back to his first EP again with I Don't Want to Waste My Time, giving a total mellow mood, as the background video showed what I assumed to be a honeycomb dripping with nectar. The same melancholy/mellow vibe continues with Attention from his first album. 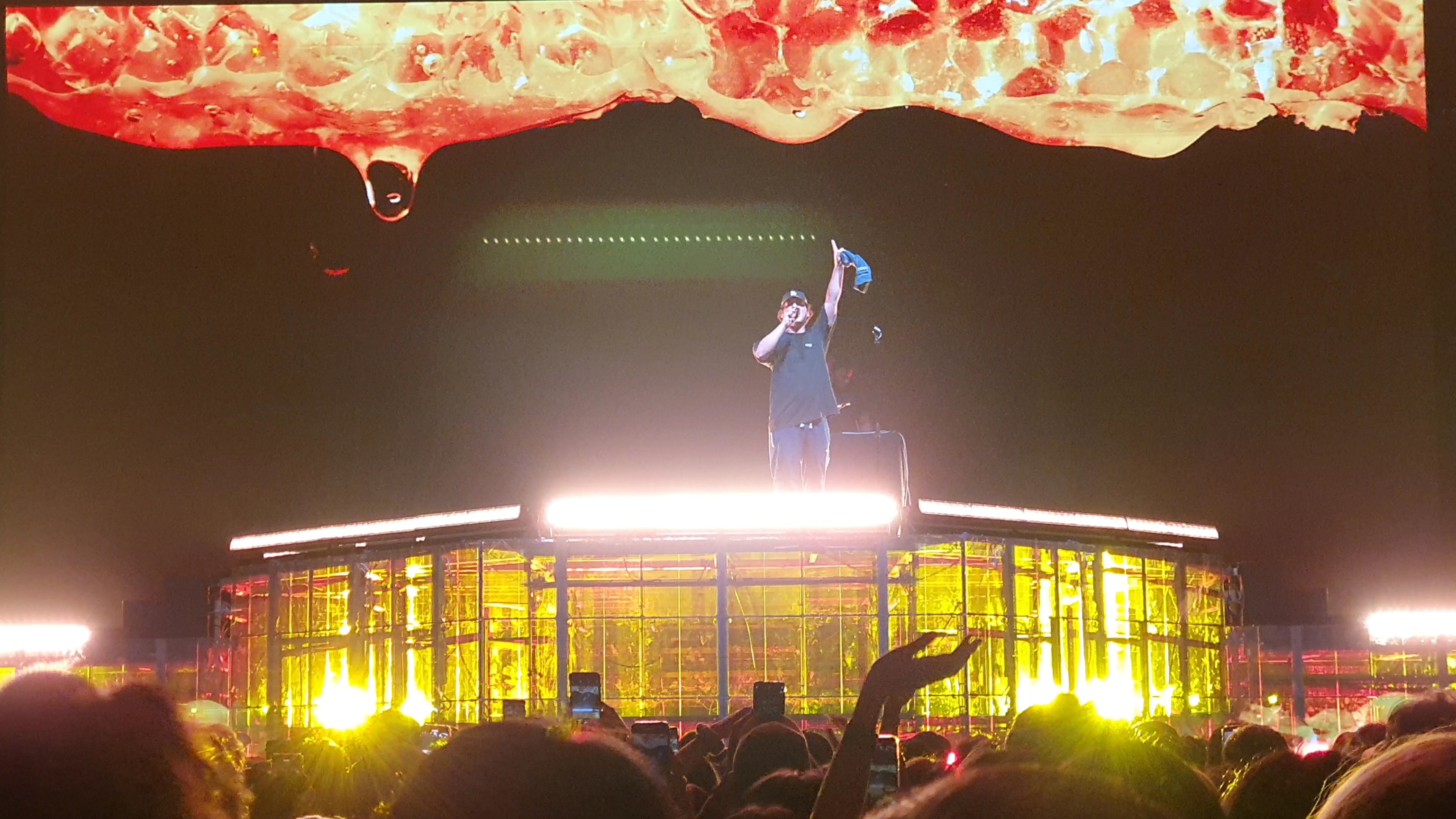 The mood shifted with the upbeat Can't Get Over You before he went all the way back with jazzy You Suck Charlie from Chloe Burbank Vol. 1 project which predated even his first official EP. Look it up on SoundCloud.

The "sad boi" vibe continued with Like You Do and Worldstar Money (Interlude) before Joji seemingly ended his concert with Gimme Love to send fans off on an upbeat note.

Of course, he returned to the stage with two versions of Slow Dancing in The Dark, his biggest hit to date. They were performed back-to-back. First, as a stripped-down version which highlights Joji's vocal ability. Second, as the full-on R&B ballad that it is. Definitely the highlight of the show. 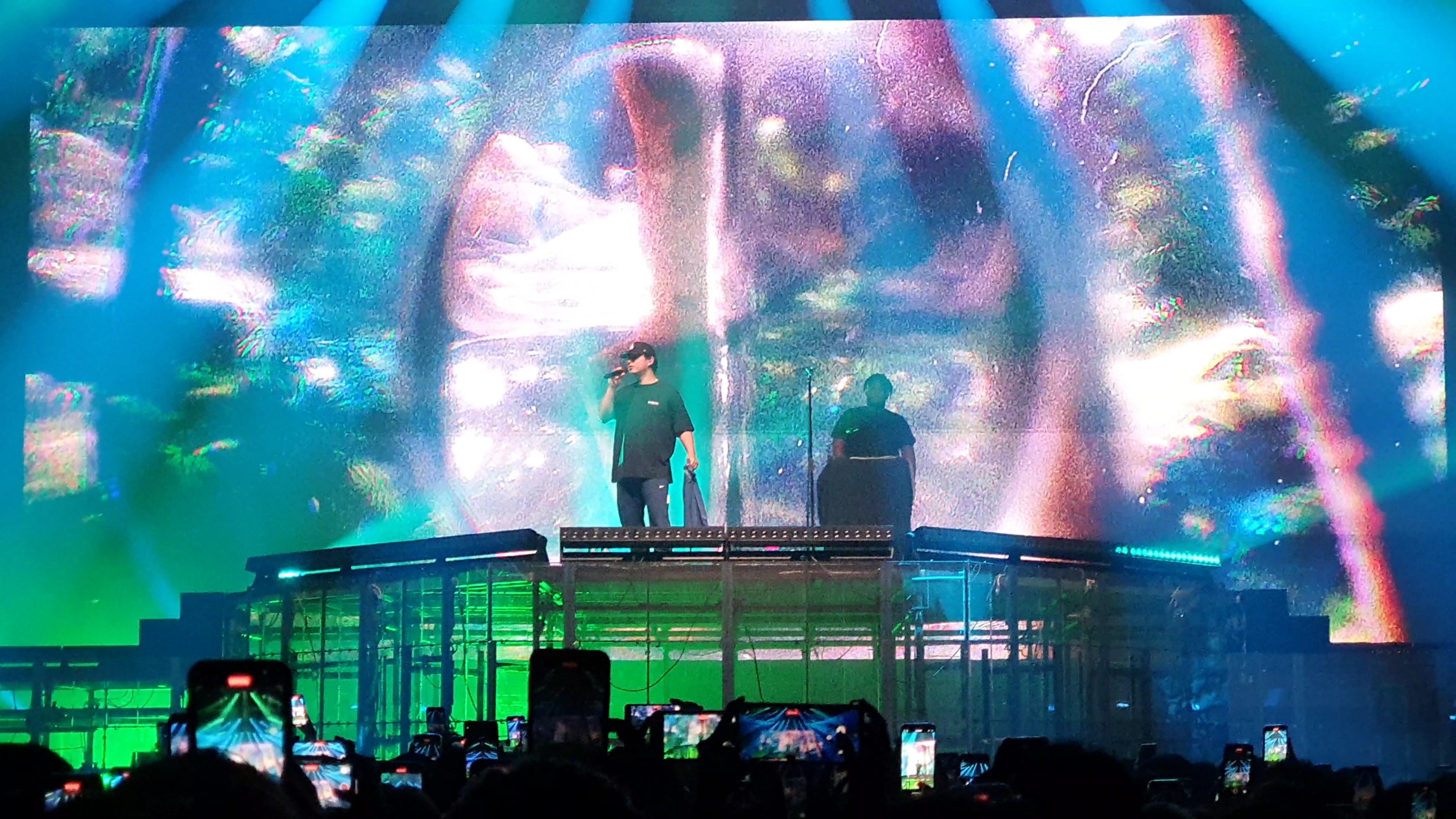 After Joji and his band left the stage for the second time, some of the fans started chanting Die For You, his latest single. Joji obliged with one more song but it was Glimpse of Us, the lead single from his latest album, before he left the stage for good. The lighting design and background videos were nothing short of mesmerising and impressive. 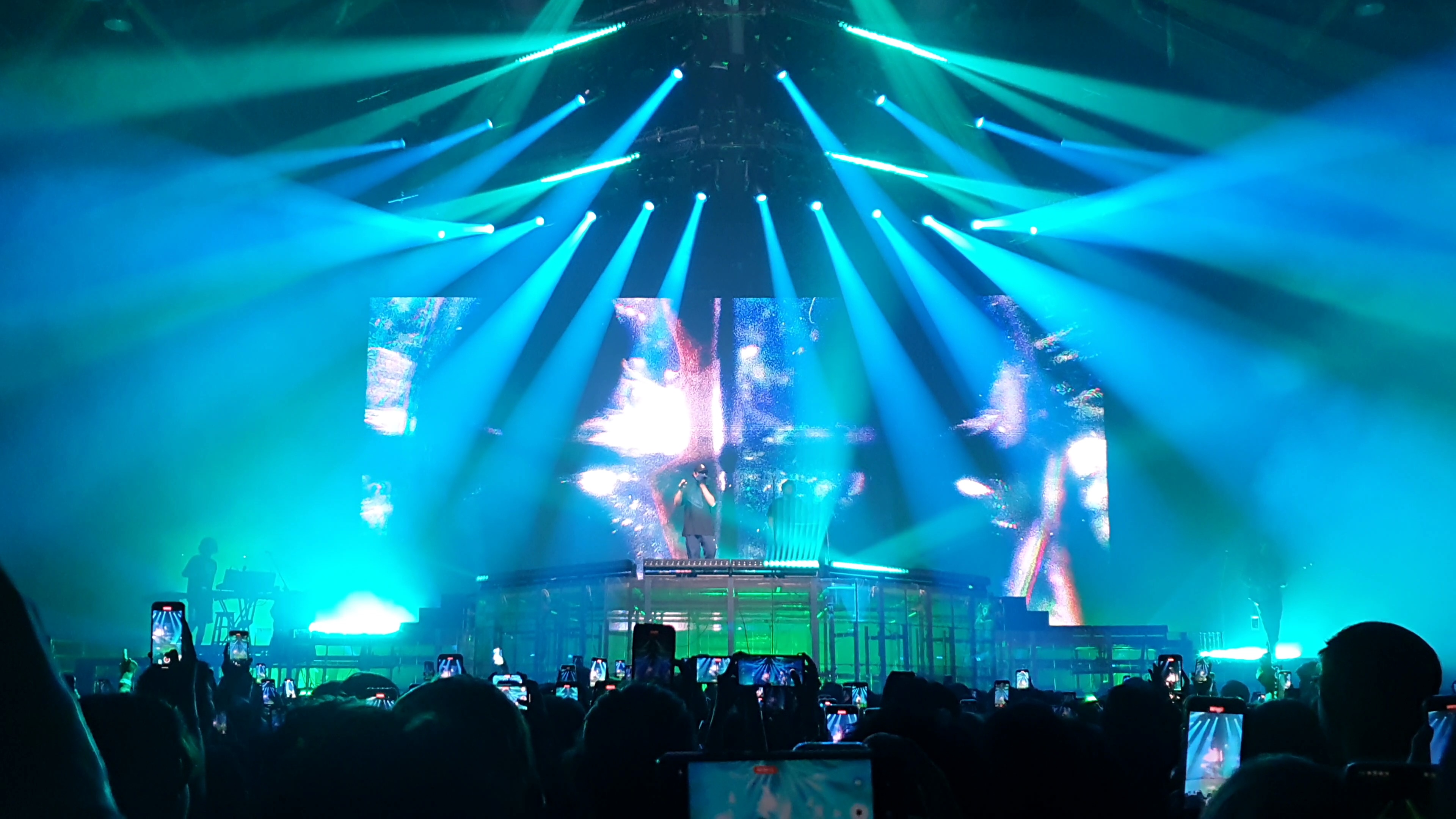 Although Joji is known for his many melancholy hits, he was in good spirits throughout the show, joking with the fans and throwing them free T-shirts between songs. He worked his next song into the chit-chat as a way to transition, which at times felt corny, but I'm sure it was intended that way. At one point he asked an audience to remind him how to say sawasdee krub. And in the strangest universe of MCU, he invited a Thai Doctor Strange cosplayer to the stage. I never thought I would live to see the day the Flithty Frank Universe collides with the Marvel Cinematic Universe. 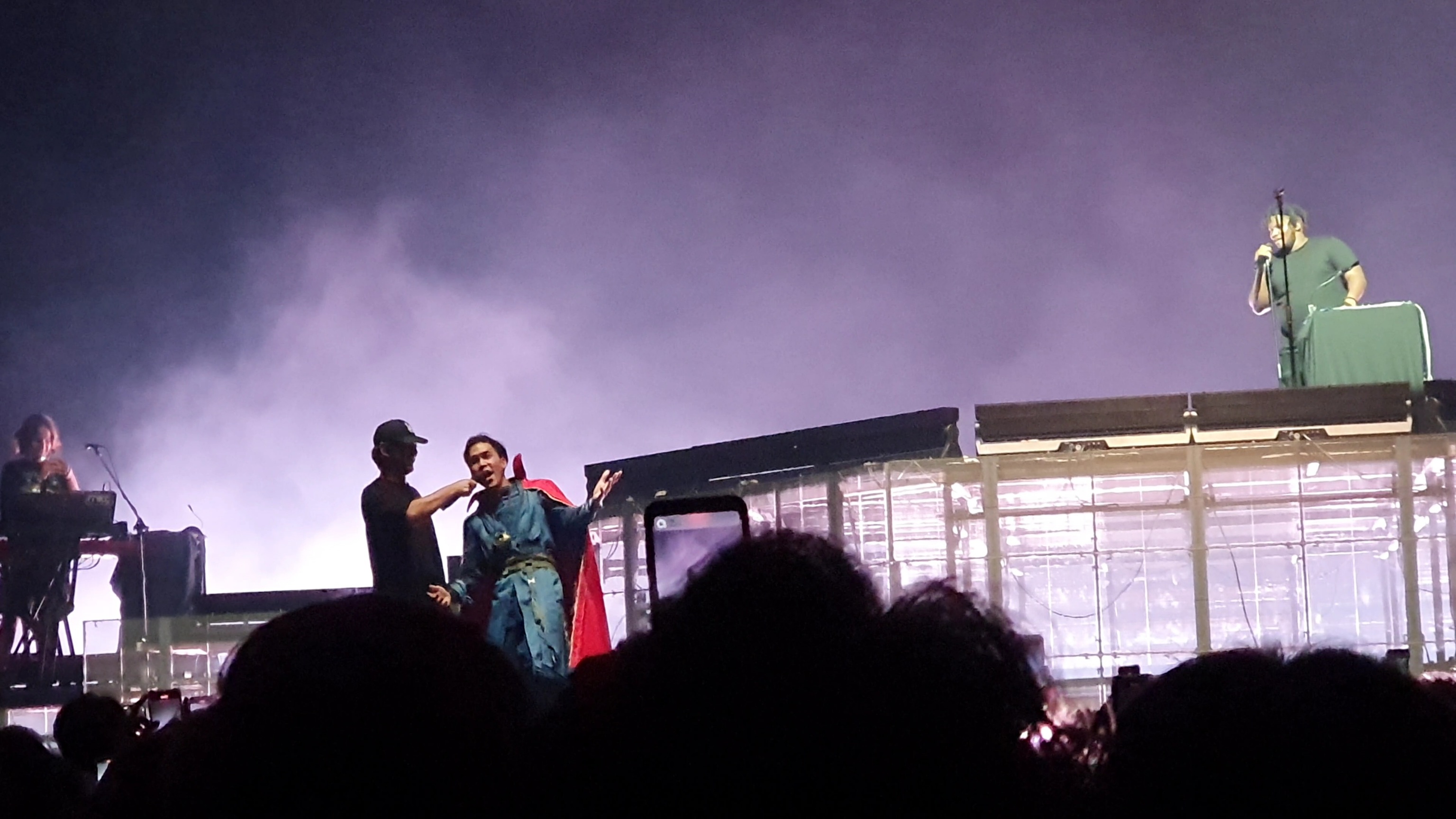 The elephant in the room is Joji's zany YouTube legacy — and I don't use the word legacy lightly here. He acknowledged that when he pointed to a guy who came in dressed as Pink Guy. Some fans chanted Filthy Frank instead of Joji before the encore as the former is a nod to his now-inactive YouTube channel. The NSFW humour that is Filthy Frank's trademark also came out when Joji jokingly freestyled about playing with himself and giving himself "a facial". Moreover, back then he was also responsible for the Harlem Shake meme. His journey from YouTube personality to music stardom is very fascinating and merits an article of its own.

OG fans from day one must be pleasantly surprised with all of the early hits he performed while newer fans may feel like his more current hits should have been included. Personally, I think sending off fans with uptempo Your Man would be a great idea while some of his collabs are worthy of being performed too such as Afterthought, which he collaborated with NZ singer-songwriter Benee. 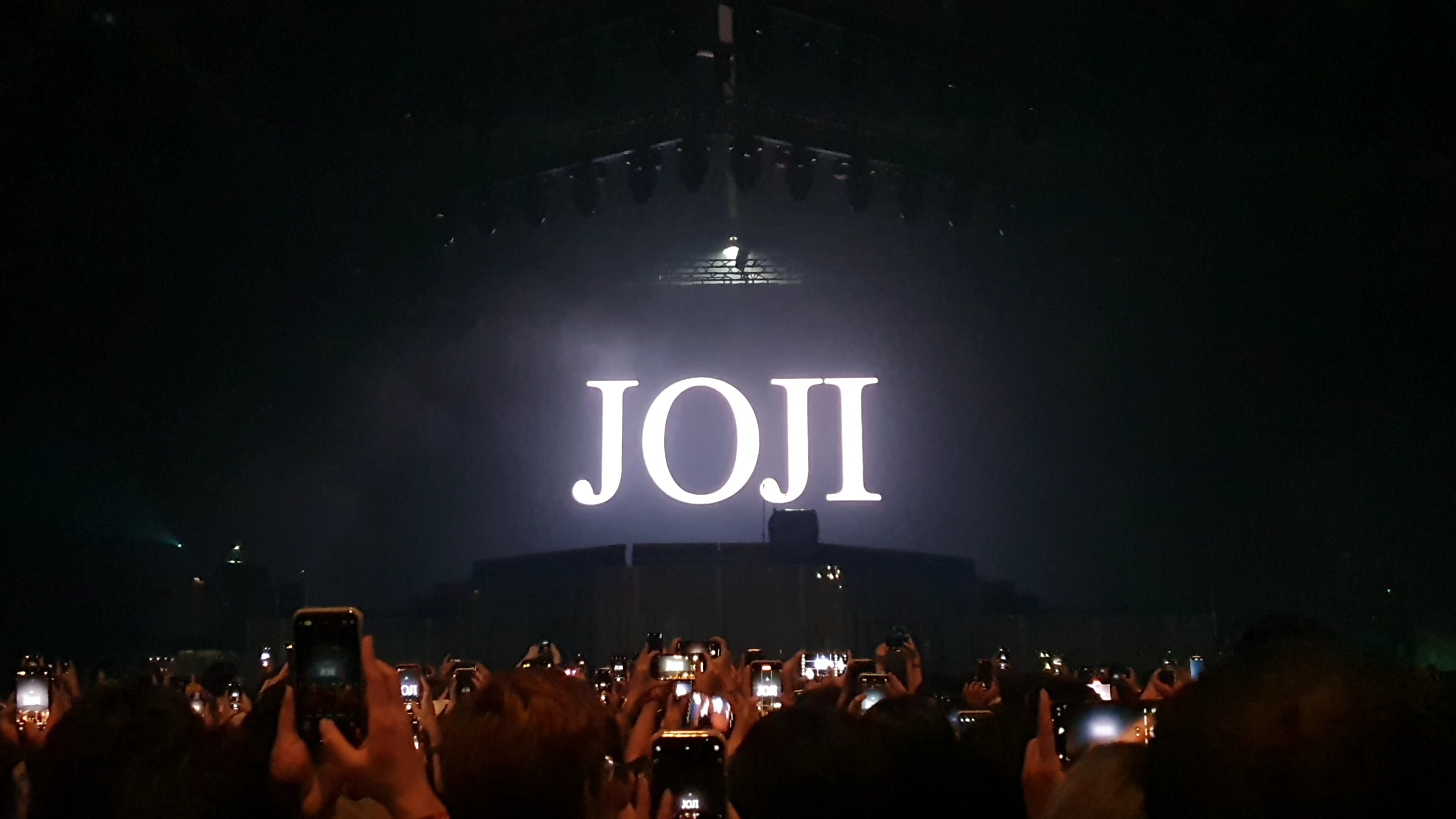 Despite the 15-song setlist and the good vibes throughout the night, the show felt a tad short, especially if you were there only for Joji. He performed for a little more than an hour and fans were left wanting more, especially after such a long wait.