Konjorn, a hidden gem from 1999, gets a special screening at Bangkok ASEAN Film Festival tomorrow

A film once overlooked and misunderstood may have found its moment many years later, the work's peculiar vibrations finally detected and at last appreciated.

Attaporn Thaihirun's Konjorn (literally The Stray or The Vagabond) is one of the most unusual cases in local cinematic lore. Released in 1999, it was heralded as a pioneer within the independent film scene though most viewers scoffed at its aesthetics. The handheld camerawork; a reliance on point-of-view shots; the CCTV footage and out-of-focus hallucinatory sequences deemed disorientating; and a playful distortion of realistic details verging on the ludicrous -- who could forget the shiny, avant-gardist Thai police uniform that looks like a discard from Warhol's Silver Factory studio?

It was a flop, of course, despite having major stars in the cast (Ray MacDonald, Chatchai Plengpanich et al.). The film also went through a process of financial tumult before it was finished. The director himself, Attaporn, was a ball of nervous energy, a former teen actor and self-taught filmmaker who flitted about his circle of colourful friends, making just this one film before dying in an accident in 2012 at the age of 44.

Over the years, Konjorn grew to the status of hidden gem, a thrilling anomaly, a mad spark sought after by a new generation of viewers. Its stoner vibe inspired word-of-mouth praise among the brave few who had seen it, and its heavy subject matter -- domestic violence, treatment of migrant workers, police corruption, economic inequality -- added to the film's unnerving aura and unpredictability. It was a film, unfortunately, ahead of its time. 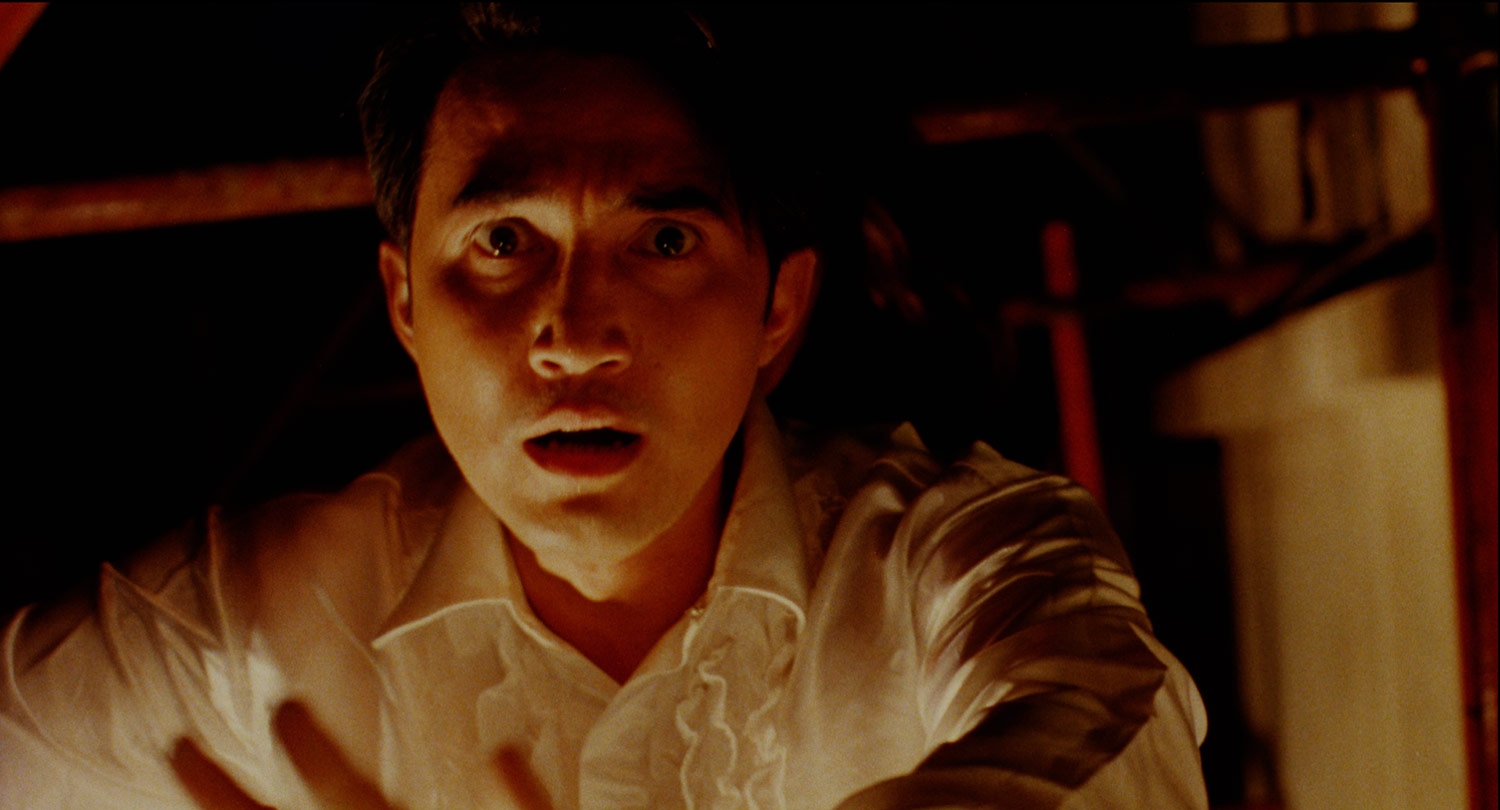 Last year, Thai Film Archive remastered Konjorn from a 35mm print and screened it to mark 10 years since Attaporn's death. Tomorrow, the film will be screened in the classic section of the 8th Bangkok ASEAN Film Festival, a rare chance to catch a work that burst like a bright flash then fizzled out too quickly.

Ray MacDonald, in his prime, plays Daeng, a homeless man in dreadlocks and hip-hobo rags. He wanders the streets of Bangkok haunted by occasional flashbacks of his unhappy childhood. Daeng mumbles nonsense, mistakes street sweepers for his mother, sleeps on the pavement, sometimes annoys pedestrians -- an eccentric nuisance rather than a threat. Parallel to Daeng's drifting is the story of a well-to-do Chinese-Thai family and their Burmese migrant workers. The father is played by Chatchai Plengpanich, a popular actor; the mother is played by trans actor/make-up artist Kamol Chatsen (a strange and rather Lynchian casting decision). Their two daughters are university students, one of them in clunky braces, a detail that is somehow etched in the memory of most audiences.

The story is simple. Daeng will eventually witness a break-in and a revenge plot that could have ended nastily, while several policemen will show up, mostly to collect bribes from the rich father and to illustrate why, sometimes, especially during Chinese New Year, we should trust law enforcers less than a homeless nutcase sleeping on a sidewalk.

Konjorn feels special not because of, or not only because of, its social messages and frank mockery of the rich and powerful. The film came out in the final year of the last millennium riding a wave of American independent cinema and amid emergence of the so-called Thai New Wave (whenever that term is used, critics often forget to include Attaporn in the roll call), and either by design or fate, either by coked-up spontaneity or by wilful experimentalism -- I presume it's a little of everything -- Konjorn remains one of the most daring Thai films ever made. Fatefully the film came out a year before Apichatpong Weerasethakul's Mysterious Object At Noon, the North Star of late-century Thai creative flourishes.

Audiences are likely to take notice of Konjorn's "style" before everything else -- the dizzying camera, jagged editing, deranged visuals. But this is not a matter of style (or the jaded "style over substance" dig). What the film succeeds at is re-creating the interiority of Daeng's head, and its insistence on keeping us in there for 89 minutes. The effect is exhilarating -- and disturbing. At the same time, the way Attaporn alters the surface of reality goes beyond merely changing the way things look. Take the bizarre police costume and Daeng's fashion sense, for starters. Daeng's vagabond get-up could've made it onto an early-2010s spring/summer catwalk, and I've already told you about the cop uniforms. This, however, is not Attaporn's attempt at indie-kid hipsterism; rather, there's something unnerving about the film's vision of society, of the Thai reality. Everything seems twisted, off-kilter, unbalanced. Distorted -- the world is, not Daeng.

In 2023, as in 1999, everything remains twisted. But perhaps it takes 24 years for us to see it the way Daeng did back then (he wears a face mask too, before it was cool). For today's audiences schooled in early-20th century aesthetics, Konjorn is likely to feel less headachy, less rough, but still as edgy and somehow even more pertinent and urgent. The vagabond has returned from the past to a present that he may find equally dark and foreboding.

Kong Rithdee is a deputy director of Thai Film Archive.