After 13 years of absence Writer magazine, practically Thailand's only literary magazine, has risen again from the ashes, this time with writers, Binla Sangalakiri, Nara (Pornchai Viriyaprapanont), and Worapot Panpong at the helm. Former editors of this magazine were Kajornrit Raksa and the late Kanokpong Songsompan, the 1996 SEA Write awardee. 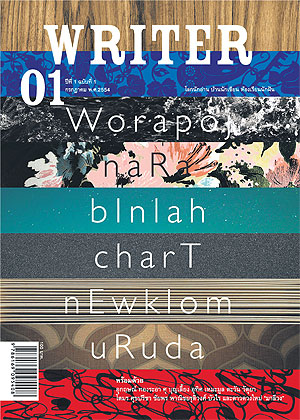 It all began, for this trio, with Rong Wongsawan's funeral in Chiang Mai in 2010. The team was in charge of the memorial book for Rong. After the funeral, they rode back to Bangkok together, and obviously, all the way, they talked about writing and books. The experience of putting together Rong's works and tributes to the legendary writer got them thinking about putting out a literary publication on a regular basis. At the end of the ride, they agreed to resurrect Writer with Binla as the chief editor. Among the outstanding contributors this time around are Chart Kobjitti, Prabda Yoon, Dan-Aran Sangthong, Tomorn Sukpreecha, Su Boonlieng, and many others.

Publishing a magazine, especially a literary one, is not an easy task. First of all, without adequate advertising revenue, a magazine cannot survive. Balancing between content and advertising is another big challenge. At the moment, the magazine has no more than three advertisers and perhaps others that might provide sponsorship in kind such as paper. On top of that, the three writers must juggle between their own regular commitment and the magazine. Plus, none of them has had experience managing a monthly publication. They have a long way to go before the magazine becomes self-sustaining.

With all these difficulties, one may wonder why the trio should take up this monumental task in the first place. Why don't they just go back to their lifestyle as independent writers? But Naowarat Pongpaipul, the 1980 SEA Write awardee and well-respected poet laureate, who was interviewed recently, seems to have the answer: Writer magazine must continue. It's like the flame of a candle lighting up the Thai literary world, a meeting point for established and new writers. We must not discriminate against anyone. The candle must be lit and passed on, so that the light will never go out. Although he is not optimistic about Thai people's dwindling interest in reading, he does believe that writers must still guide society, urging people not to believe in something too readily, but to ask questions and find out more information first.

Support from other writers and artists poured in. From the beginning, Binla sought help from many fellow writers and artists. Sujit Wongthes, for instance, gave him an oil painting of poet Sunthorn Pu sitting in a boat in Khlong Bangkok Noi. The painting was the work of Ukrit Thongra-ar, a staff artist of Writer in its early days. The artist himself is very sympathetic towards the magazine and has created a series of new paintings of the masters of the Thai literary scene, including Kukrit Pramoj and Rong Wongsawan.

These paintings are a way to raise funds for the magazine. So many people have contributed a work of art or literature to support the magazine.

Another SEA Write awardee, Ngarmpan Vejjajiva (2006), said: ''I myself once published a magazine for children, and its definitely hard work. Eventually, I had to give up, but I admire Khun Binla for bringing Writer back to life. Perhaps it's one way of rejuvenating the Thai literary scene and inspiring younger generation of readers and writers.'' 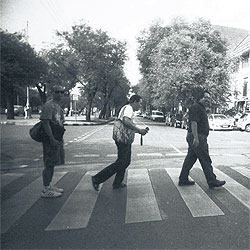 Binla will devote himself to the magazine for the next two years, by which time it should be able to sustain itself, and then he can go back to his writing again.

''The magazine was well received at last year's Book Fair, and we have about 200 subscribing members now. With increased financial support and public backing, it's not impossible for a literary magazine to survive. The magazine has received initial funding from the Vanij Jarungkit-Anan Foundation and it is waiting for more support to come by from relevant government agencies.''

The philosophy behind the resurrection of Writer is: it is the World of Readers, the Home of Writers, and the School of Dreamers.

The magazine hopes to connect readers and writers through interviews and literary reviews. It will tell readers about the latest books and films, new writers and other movements in the literary and art circles.

According to its editing team, what is crucial to the development of art and literature is open and constructive criticism. Also, readers are encouraged to express their opinions on what they have read. The magazine will be the intersection for this kind of constructive exchanges.

When a short story is published, it appears alongside its review. Reading the story itself, the reader can form his or her own opinion. At the same time, the review of the story would present another perspective on the piece. At Writer, there is room for this kind of dialogue of different points of view. Binla added.

Writer will also become a forum for new talents. There will be a Manuscript Market, where writers and readers gather to read and discuss new writings. As a school for dreams, readers can submit their own writing or their views for publication.

Book reviews are done by an editing team that balances selections between popular as well as high-quality, outstanding works.

All in all, it remains to be seen how far this magazine will fare. If it can combine new writings and stylish design to appeal to younger readers, while its original literary analyses can capture a sophisticated readership, more public backing and the revenue needed to keep the magazine going.

The last thing Writer needs, however, is any negative fallout from our colour-coded politics and social divide that may ruin the spirit of this magazine _ acceptance of difference of opinions. This could lead to potential supporters and certain interest groups refusing to have anything to do with it. We will just have to wait and see.

- Writer is now in its sixth issue and the annual membership fee is 1,100 baht. You can subscribe and receive a complimentary notebook with vintage Writer covers.

- To subscribe to Writer, you can submit a membership form which can be downloaded from http://bit.ly/writer—form. Contact: P.O. Box 139, Rong Muang, Pathumwan, Bangkok 10330 email: writermagazine@gmail.com/ 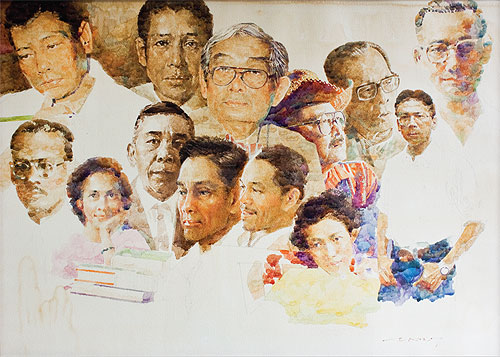 This is a painting by Ukrit Thongra-ar, an artist on the staff of ‘Writer’ in its early days. He donated it to help raise funds for the resurrected magazine. 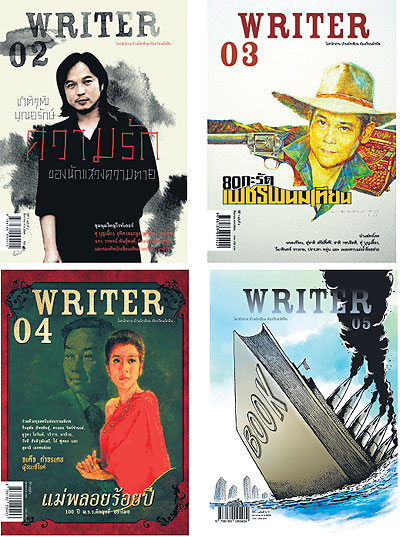