Shame on who?
Life
Arts & Entertainment

Hot actor du jour Michael Fassbender bares all in his new movie, Shame, which is now attracting a horde of curious viewers at Lido. 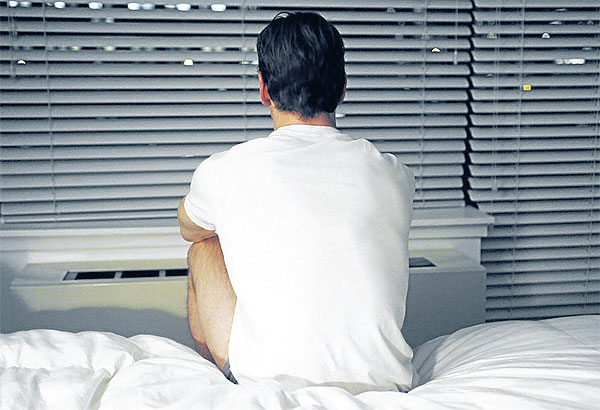 Cupid-faced Carey Mulligan, too, has a full frontal nudity in the film that tells the story of New York executive who's addicted to sex. For a few days we were delighted that finally the Thai censors have opened up and allowed a controversial film to be screened intact, without the infamy of blurring and cutting, but we were wrong.

It's been revealed by critics and observers that actually the version of Shame showing in Bangkok has been cut from the original: the scene in which the Fassbender character, Brandon, has sex with a call girl in a glass-walled condo has been lifted. At least five shots were removed, including one in which we see the two characters standing, Brandon behind the woman, and having an intercourse facing the skyline of Manhattan.

Shame has been rated 20-plus, meaning anyone under 20 is not admitted, and ID check is compulsory when you purchase the ticket. It is another inexplicable decision of the censor board: in a film full of sex, intense, lurid and depressing, they let most of them pass but not this one, and it perpetuates the debate whether the 20-plus rating is sufficient protection that should obviate the practice of amputating film.

As usual, the social media is abuzz with the discussion, and many posts reveal the shots that have been cut in still pictures. When the DVD of the film is released in Thailand, expect more cuts. The unobstructed glory of Fassbender, who also has another film showing in Bangkok, A Dangerous Method, will remain obscure to unlucky Thai viewers.