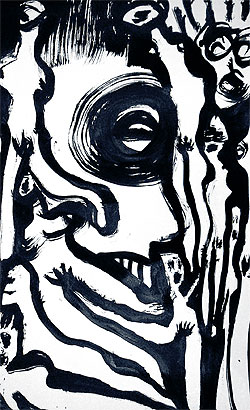 The two artists have coined what they call Nippon-ism which is supposedly Japanese art prior to the introduction of Western influences in the country. Ishida and Kitayabu have collaborated over the years to explore their Japanese identity and how to create contemporary art based on traditional practice.

Ishida puts on display works created with Japanese ink on paper which is handmade in the Himalayan mountains in Nepal where he has a home. He has exhibited in Japan, Nepal, Korea and won several prizes.

Kitayabu, meanwhile, has produced a series of drawings which are simple and Zen-like to express his contemplative nature. The composition is simple, but he can use a multitude of lines drawn by pencil to convey his message. He has exhibited extensively in Japan and won several prizes as well.

'Neo-Japo' will be on display at Thavibu Gallery from Saturday-May 4. The opening reception is on Saturday 7 at 5pm. The gallery is located on the 3rd floor of Silom Galleria on Silom Road and is open every Mon-Sat from 11am-7pm. 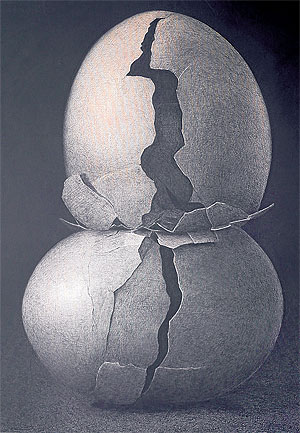