It would be hard to think of many subjects uglier than the one surveyed in excruciating detail by director Hwang Dong Hyuk in this film. Adapted from a novel by Cong Jee-yeong that was in turn based on actual events that took place in Korea in the mid-1990s, Do-ga-ni centres on a Korean school for deaf children where the students are routinely beaten and raped by the teachers and staff. It follows the events through a young teacher who discovers the extent of the abuse and then finds that all attempts to stop it are frustrated as the local police and Christian community close ranks to protect the offenders. 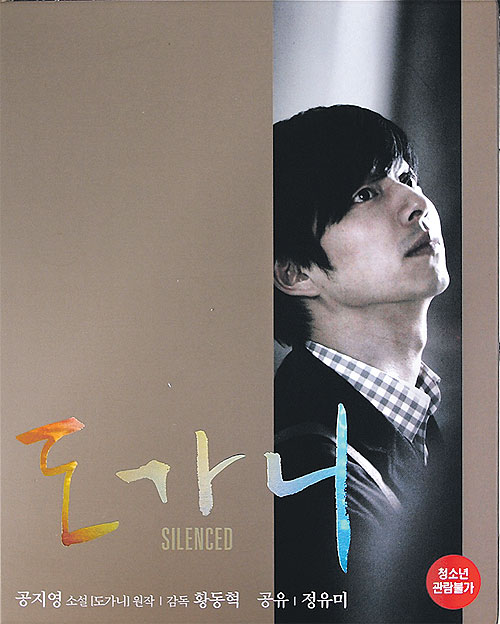 The police find it politically and financially expedient to keep at distance, and the Christians are horrified at the accusations made against men who are generous supporters of church projects. Anyone who has seen John N Smith's Canadian film, The Boys of St Vincent, or read some of the news that has been coming out of the Catholic clergical hierarchy in the northeastern United States in recent years will recognise the situation.

Kang In-ho (Gong), the teacher who takes on the task, with the assistance of a young female social worker (Jeung), knows a lot about misery even before he arrives at the school. His wife has recently died and his little daughter has a degenerative disease which he lacks the resources to have treated. He lives with his elderly mother who doesn't let him forget his failures.

But at the school things get worse. He finds the children unresponsive to his attempts at friendliness, and his first encounter with the school's administrators, a creepy pair of male twins (both played by Jang) in their fifties, comes when they hit him up for a big chunk of corruption money before allowing him to begin his duties. Once he is part of the school he begins to notice even stranger things: evidence of violent injuries, a general atmosphere of fear and, finally, a little girl perched on a high windowsill seemingly contemplating suicide. When he rushes up to stop her, she leads him to a room in which he finds a female staff member holding another little girl's head under water in a washing machine, punishment for some slight offence.

The director treats the whole first part of Do-ga-ni as a kind of horror film. The woman punishing the girl has a greenish face straight out of a German expressionist painting, and the ferocity of her malefic smile wouldn't be out of place in an Exorcist sequel. The grotesque appearance and behaviour of the twin administrators is bad dream material, too. When the teacher does a startled double-take upon seeing them together for the first time, one of them asks him sarcastically, "Havent you ever seen twins before?" Few people have seen twins like these two. Only a few minutes into the film a little boy of maybe seven serenely walks onto a railroad track and commits suicide by letting a train run him down, and more deaths follow.

But the real source of horror in Do-ga-ni is the depiction of the beatings and rapes inflicted on the children, sometimes with other members of the school staff standing nearby, so used to the brutality that they pay no attention to it. These are shown at length and in almost unwatchable detail. I suspect that many viewers who can sit through the bloodbaths in gory Korean thrillers like Akmareul boatda (I Saw the Devil) and Dalkomhan insaeng (A Bittersweet Life) without turning a hair will look away from these scenes.

But they are probably necessary in such an angry film. The feeling of revulsion and of being powerless to help that they inspire in a viewer are complemented by the exasperating court scenes that follow later. Although many of the people in attendance are deaf and know a great deal about what has been going on in the school, the court initially refuses to appoint a sign language interpreter. Legal manoeuvres and evasions of all kinds are brought into play to protect the offenders from serious punishment, and as a result their wrists are barely slapped, considering the gravity of their crimes. Some are still teaching today.

Like the online novel that it is based on, Do-ga-ni was a smash hit in Korea, and although it was not a great favourite with many in the country's Christian community, it inspired outrage strong enough to produce a huge petition demanding that laws concerned with child abuse be reformed. These reforms are evidently underway.

Do-ga-ni is no art film. It is filled with the most strident melodrama and attacks the viewer head-on with yellow journalism bluntness. But it is one of those rare movies that so upset Korean viewers that they left it feeling compelled to take action. The actors, too, including the villains, are obviously giving the material their all, especially the child performers Baek Seung Hwan, Kim Hyun Soo and Jeong In Seo, who are sensational.

I purchased my Region A Blu-ray copy from yesasia.com. It is also available from the site on DVD.

Make merit on the run

Get inspired to chase your dreams

Discover your true self