Our lives are permeated by sounds. On the street, in the office, at the park. Even when we're alone our own thoughts are even more cacophonous, perhaps, than the outside world. 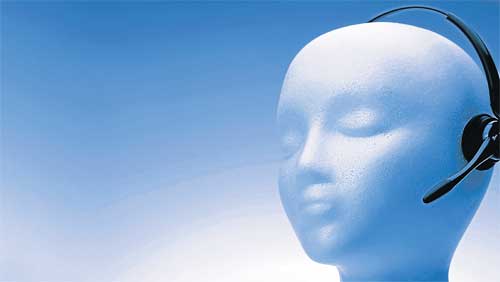 Three experts in sound and music run courses and workshops that use sound _ from electronic melodies to the filtering of mundane noises and plain singing _ in meditative sessions that combine groovy mindfulness with spiritual growth and encourage us to take note of one of the most basic skills in life: the skill of listening.

These meditation sessions are facilitated by professionals in various fields and take place at the Buddhassa Indapanyo Archives, sometimes referred to as Suan Mokh Bangkok. We've tried them all and since they seem to work we're pleased to make the following recommendation _ be all ears! 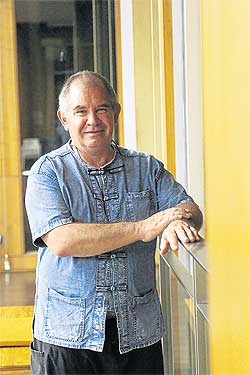 After carrying out a few sound checks, Gary Hall was ready to lead a meditation session, equipped only with an iPad containing a loop of music he had composed himself.

"When you hear the music, just be attentive to whatever sound you hear," suggests Hall, a retired American musician who facilitates a workshop at Suan Mokh Bangkok called "Sota-sati Mindfulness with Sound".

Since January 2011, this has been part of his regular routine. Twice a month, Hall chucks his compact musical gear into a rucksack and hops on a passenger van that takes him from Hua Hin, his home for nine years now, to Bangkok.

"In Buddhist dhamma, sati is a skill which can be a tool leading to wisdom; it is not wisdom itself," he said. 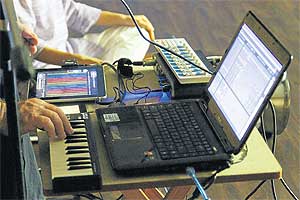 "There are many objects that can be used. Most prevalent is anapana-sati, focusing on breathing." This trained meditation practitioner has chosen music as the subject on which to focus.

"In sota-sati, you focus on hearing objects. It's just one way to develop a skill of awareness that can be applied throughout your life."

Slow, soft and flowing, for 45 minutes Hall reproduced what he refers to as a "pure sound".

"Some kinds of music have an ability to take you from your ordinary day-to-day functional mind," he says. "Electronic music is one. It can be conducive to a meditative state. It makes an echo in the room and an echo in the mind."

Hall recalled an out-of-the-ordinary experience he had whilst improvising music on a piano.

"When you are deep into the process of playing the music, you enter a mental state in your mind that is very much like meditation."

He tries to induce this effect in his audience.

"When I play, I make a particular point: never to play music that has a conventional musical structure. I try to lead people's perception to pure sound, to be mindful and concentrate on what goes to the ears."

Each time, Hall tries to improvise music differently and introduce some small variations into his workshops. Sometimes, he invites guest musicians, both locals and foreigners, to improvise with him. He has previously had recourse to a guqin, the traditional Chinese stringed instrument, and has also produced sounds using crystal bowls. Next up could be an Indian sitar player.

"Although I try to make it different each time, there may still be some similarities in my music. I'm worried of repeating myself sometimes, but then I think, why not? Meditation practice is a routine and breathing is always repeating," he says with a smile. 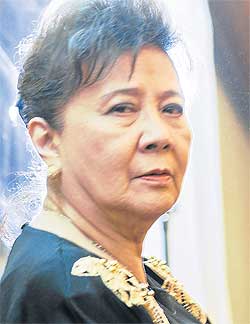 Dusdi Banomyong: Breathing, Music And Life workshop Conducted in Thai only Onthe fourth Saturday of each month,9am to noon To learn more about the activities organised at the Buddhassa Indapanyo Archives, visit www.bia.or.th/ or www.bia.or.th/2012/

Now 73, she remains energetic and youthful looking and continues to juggle a variety of jobs _ giving singing and music lessons, writing columns for the local press, moderating a radio show and managing the Suanplu Chorus, the outstanding choral group which she founded.

"Our society is so eagerly pursuing economic progress that we overlook individual and societal well-being, not to mention spiritual development," Dusdi opined. "We need to de-stress ourselves."

And this workshop, which she's been running for the past 20 years, is aimed at doing just that, as well as helping people rediscover happiness in their lives. Her approach involves a mixture of breathing exercises, singing, physical movements, slow dancing and acupressure.

Singing is not about being in tune with a melody, she states; it is about being in sync with our body's natural rhythm _ the rate our heart beats and we breathe in and out.

"When we are stressed, we pant and our heart races," Dusdi says. "So when we sing, it's important we learn how to breathe; which brings us back to a fundamental meditation technique called anapana-sati."

She goes on to describe the five key factors that make music beneficial for the spirit _ harmonious melodies; constant rhythms; constructive lyrics; vocal consonance; and a good pitch.

"When we listen to or sing good music, our body produces the happy hormone _ endorphin _ which promotes physical balance and emotional equilibrium," she explained.

After the breathing and singing segments, she goes on to focus on body movements.

"You can't sing happily with a stiff body; you need to relax and free your body."

At a recent workshop of hers, we were all asked to do a dance called the cha-cha.

"Be aware of the steps you're making and your movements," Dusdi advised, while demonstrating the steps herself. "Sing with joy _ and smile! Remember that when you sing you are sharing your joy with others."

By the end of the workshop, all the participants were singing in unison and moving smoothly in a circular direction. The music brought us more than just joy: it moved us, in both senses of the word. And, most importantly, it brought us great peace of mind. 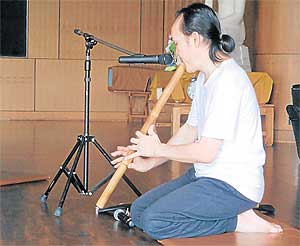 The aesthetics of noise

Stop, breathe, listen. Tune into the radio inside your head because that's how you learn about yourself.

These are some of the basic steps advised by Medhi Chantra, a contemplative musician who runs a monthly workshop called ''Feong'' (Listen).

''Many people lack the ability to listen deeply, especially to their own voices,'' says Medhi, who also facilitates a workshop on enneagrams, a way of categorising personality types using nine different scales, each linked to a number of human traits.

''Just listen and be open to all sounds,'' Medhi says as he guides participants through the first exercise in one of his ''Listen'' sessions.

''Expand your hearing as far as you possibly can. Accept all sounds that come to you but keep your inner voice in the background. Close your eyes and listen to the sound of the city.''

There were cars roaring, people chatting, birds chirping, a dog barking, a toilet flushing, telephones ringing. Natural or man-made, all these sounds make up what Medhi terms a ''soundscape''.

''Beauty is not only about sight, it is also very much about sounds.'' he says.

Unlikely as it may sound, Bangkok can also be an acoustically beautiful when we imagine these sounds in the city's background: water flowing, birds chirping, wind whistling through the leaves of big trees.

''When we listen more intently, we will hear the sounds that have become weak, sounds that are absent and if those are the sounds we care about, we will do something to bring them back,'' he notes.

From an exterior soundscape, Medhi then shifted our attention to the inner realm. As we remain seated with our eyes closed, he makes different sounds using everyday objects and materials: a plastic water bottle, sheet of paper, a table-tennis ball, a ceramic plate, glasses, stainless-steel bowls and so on.

''Listen and observe how your minds respond to sounds, observe your thoughts and feelings, take a note of your mental tendencies to respond to exterior stimulants,'' Medhi suggests as he guides us on.

A ping-pong ball hitting the floor rekindles one participant's yearning to play that game again. Another person at the session later notes how the rattling sound of a ung-klung (Javanese musical instrument made from bamboo tubes cut to varying lengths) made her feel as relaxed as if she were sitting near a waterfall.

Incorporating body movements from chi-qong, Medhi beats a drum and instructs his audience: ''Listen to your body and allow it to move freely as it wishes, without letting your mind take control.

''If an exterior rhythm is in sync with our heartbeat, then we feel relaxed and balanced. By 'rhythm' I mean the rhythm of our lifestyles and activities. If we maintain a rapid rhythm in our lives, then our hearts and our whole bodies will race, too. Stress and exhaustion will naturally ensue.'' No matter what the sound, he goes on, we can create our own rhythm and restore our equilibrium.

''Just be open to all sounds and your non-judgemental attitude will help reduce the effect that dissonant sounds have on your mind.''

Medhi wraps up the session with an exercise which involves making the body vibrate in tune with each of the seven chakras. ''When we're able to listen to ourselves and the world outside, that's when we develop self-understanding.''