Otelo Burning is a film by a South African that deals with the issues of racism, politics, family and peer relationships. Directed by Sara Blecher, it will have a a screening at Foreign Correspondents' Club tonight, presided over by the new South African Ambassador to Thailand, Robina P. Marks, also an activist and freedom fighter. 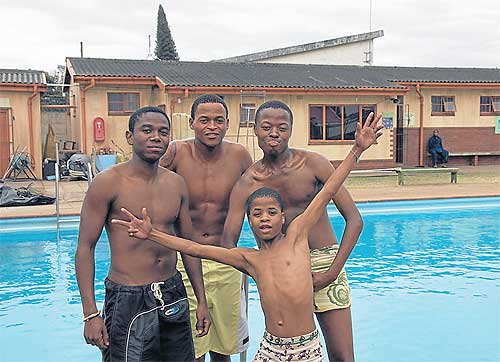 Otelo Burning will be screened at the Foreign Correspondents’ Club of Thailand (FCCT), tonight at 8pm. Visit www.fccthai.com or call 02-652-0580

The film is the debut feature of director Blecher, who has made many noteworthy TV dramas and documentary films, including Surfing Soweto and Kobus And Dumile, for which she won CNN's African Journalist of the Year award.

Otelo Burning is a story about a group of boys from a poor township, who discover the joys of surfing, generally considered a white man's sport. Otelo displays maximum talent, and soon wins a major competition, as well as a large monetary award.

He attracts the attention of Dezi, who falls in love with him. But this is South Africa, where decades of racism cannot be wiped out easily. On the day that Nelson Mandela is released from his long incarceration in jail, the young Otelo realises that the problems have not ended in his country, and he himself has to pay a price for his success.

Following in an excerpt from an interview with the director.

Why is the protagonist called Otelo?

The story of our film is the story about greed, jealousy, betrayal _ just like Shakespeare's Othello.

Are the actors non-professionals?

They are a mix of both. Many play out their real-life roles in the film.

How would you describe the film?

As a cross between City Of God and Blue Crush. Otelo Burning is an emotional coming-of-age story about township kids learning to surf. Set against the backdrop of Nelson Mandela's release from prison, it looks at the enormous potential for change, at the time of apartheid's downfall. But it's also the story of greed, betrayal and jealousy _ a metaphor for a nation grappling with its own freedom.

How did the story come about?

The film was in development for over seven years. Like City Of God, the story came out of an extensive workshop process conducted with a group of people in Lamontville, near Durban, where the story is set. The workshop brought together a group of ex-gangsters, builders, lifeguards and swimmers, who had all been participants in the story upon which the film is based. As a result, the story is infused with realism. The actors inhabit their characters completely.

The film has many lush scenes, and also some hard, gritty scenes...

We wanted this combination. The surfing scenes were marvellously shot by Lance Gewer, who was the one who shot the Oscar-winning film Tsotsi. Along with his enormous talent he also brought with him valuable experience that was a great support to me as a first-time feature director. We used water in a number of dramatic turning points, as a metaphor for the threshold that the characters cross from one world into another. Many of the other scenes were shot with a handheld camera on location in KwaZulu Natal, to give the story the gritty realism of life in the township.

How was the film been received in Africa, and other countries?

Thanks to the language of the film being Zulu, many audiences in Africa could totally connect with it. The film has done incredibly well all around the world. In the next few months, it will be playing in numerous cities across the world. I must admit I'm thrilled and honoured by this.