Victor victorious in putting world film fest on the map

After 10 years, the international film showcase is now one of the continent's most prestigious and the man at the helm _ who has also just completed a hit run of 'Reya: The Musical' _ is not content to rest on his laurels

It has been a busy year for Kriengsak "Victor" Silakong. Fresh from directing the 19-show run of the successful Reya: The Musical, he now has to make sure a 10-day film festival comprising 84 films from around the world _ as well as surrounding functions, visits by international guests and pageantry _ goes off without a hitch. 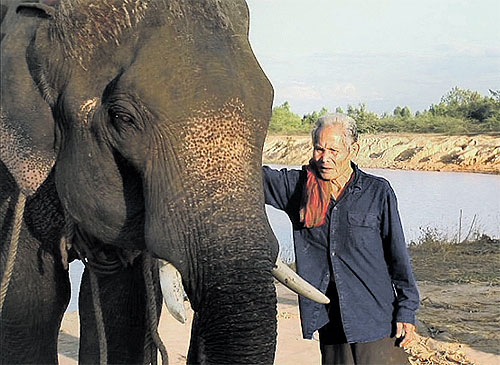 Now in its 10th year, the World Film Festival (WFF) has survived political and economic vicissitudes and the whimsical nature of a local cinema-going population more used to multiplex fare to become established as one of the most important film festivals in Asia, putting Bangkok on the regional cultural map and giving residents access to some of the most interesting independent cinema from around the world.

Other festivals that have made a big splash, such as the Bangkok International Film Festival, could not overcome mismanagement, and neighbours Indonesia, the Philippines and Malaysia have also struggled to keep their key festivals alive. But the WFF has survived floods and riots and any number of setbacks to become a regional stalwart.

"We have a good mixture of the serious side and the fun side," says Victor, who avoids general themes, quotas or constraints in terms of the selection. "I like surprises. But the films, even the experimental type, must have a good flow."

His favourite are the Cine Latino films. It's also the best received category, he says, with full houses as local cinema-goers take the rare opportunity to see South American films."The Latinos know how to make films. In films from that region, you really get to see something new." 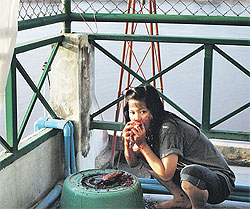 Most of the documentaries are from submissions, and he says their selection is often easier than for features, since they can be picked on the basis of topical relevance as well as production quality.

There is also a musical category with two strong features, an "American Documentary Showcase" in conjunction with the US State Department, and a Dutch Film Festival, four films of which overlap with the WFF.

This year's Lotus Award for lifetime achievement goes to French director Leos Carax, on hand on Friday to accept the award at the opening. Three of his films will screen, most notably the critically acclaimed fantasy drama Holy Motors.

The contingent of Thai films is somewhat small this year, with no break-out features by new directors. The opening film, Mekong Hotel, though, is by former Cannes Palme d'Or winner Apichatpong Weerasethakul, and shuffles between fact and fiction and the bonds among a vampire-like mother and her daughter, young lovers and the river. Its short 60-minute running time meant it could only screen out of competition at Cannes this year.

Other Thai films include Elephant Shaman, a documentary by Shane Bunnag, and four shorts: The Farmer by Natpakal Khemkhao, Ja Daw's Choice by Tanit Jamroensuksakul, Eclipse by Natthaphon Amorntut and A Belt and a Comb by Suthit Saja.

Indonesia and Myanmar are also represented in the selection with strong and interesting films (Parts of the Heart, Republik Twitter and Return to Burma). Although he considers Thai cinema generally the strongest in Southeast Asia, Victor says the country could use another star in the vein of Apichatpong _ "He's our miracle!" _ to forge a different, contemporary and fun Thai voice in the indie scene and give the local industry a boost.

The Culture Ministry could help in that respect, but Victor doesn't believe in government diktats or quotas as a way to artificially inflate national film industries. "It looks silly. The government can help in more clever ways, by helping with distribution and ticket prices for local independent films. The Hong Kong model is good, because they have very strong academies." These help teach proper techniques and marketing skills to aspiring film-makers, he adds, and result in high production quality for first films. A local film school, for example, would do wonders for Thai cinema, not so much through lectures but practical advice and counsel on pitfalls to avoid. 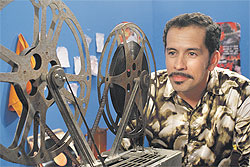 As far as trends go, Victor says local interest in the WFF is climbing, but this type of festival remains a hard sell for those used to commercial films. "It's a tough city for contemporary art. Interest in independent films here is growing, but slowly."

Some of Victor's personal recommendations this year include Le Havre, his favourite from last year's Cannes, a feel-good film about love by Finland's Aki Kaurismaki; Quebec's Lawrence Anyways, which focuses on the love between a woman and a man who has undergone a sex change; Cine Holliudy from Brazil; the Asian premier of serious Bollywood film Chakravyuh _ A War You Cannot Escape by Prakash Jha; a cute teenage love story, You Are the Apple of My Eye, from Taiwan; and Post Tenebras Lux from Mexico, a film with which Carlos Reygadas won best director at Cannes this year.

Besides the film festival, Victor also directed this season's theatrical hit, an elaborate musical production with score by orchestral maestro Somtow Sucharitkul, written by Taitao Sujaritkul and starring Araya "Chompoo" Hargate as the devious titular Reya. All the September and October shows were sold out, "Thanks to Chompoo _ she's Thailand's Angelina Jolie!" Despite having little training in singing or theatre, the star was very dedicated in her approach to the role, Victor says, and a resounding success.

The time and energy spent in creating such a large-scale production meant that Victor had a little less time to devote to the festival this year, watching only half of the 700 film submissions and visiting fewer festivals internationally than in years past _ delegating more of those tasks to his staff.

The process of putting together a film festival, however, has become easier over the years, he says, from navigating the film markets at international festivals to persuading directors and sponsors to join the programme.

His efforts were recognised on Friday when he received the Chevalier de l'Ordre des Arts et des Lettres award from the French government for his cultural works.

So what's next after such a full year?

As far as theatre goes, he says he might consider directing small-scale experimental theatre, but not another big production any time soon. As soon as the World Film Festival is over, though, he'll visit the Luang Prabang Film Festival and then take a deserved rest in Laos.

The 10th World Film Festival of Bangkok will be held at Esplanade Cineplex Ratchadaphisek until Nov 25. Tickets are 100 baht. For film synopses and screening times, visit www.worldfilmbkk.com. 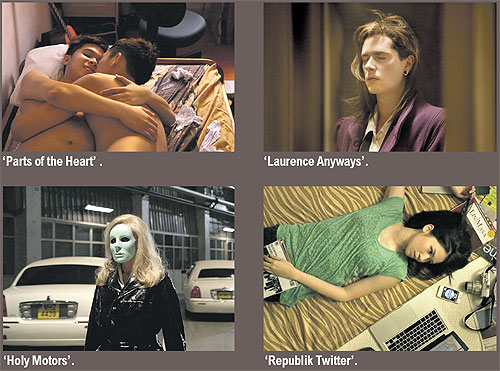 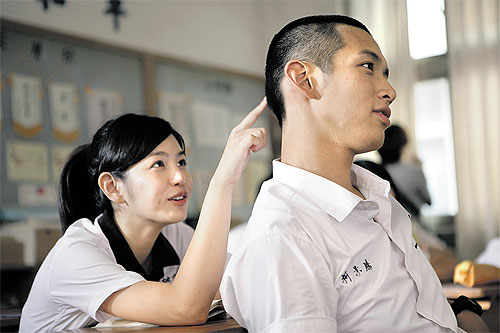 ‘You Are the Apple of My Eye’. 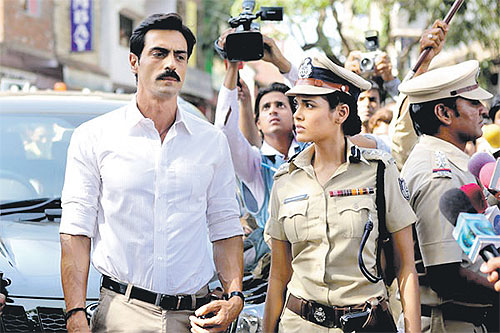 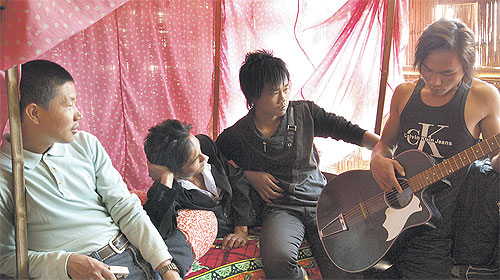