Columbia Pictures has hired Becky Johnston to pen the script for the sequel to Salt, the 2010 spy flick starring Angelina Jolie in the title role. 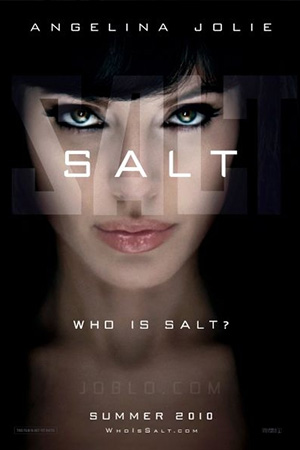 Salt 2 will benefit from Johnston's writing skills, which were previously put to good use in Seven Years in Tibet (directed by Jean-Jacques Annaud and starring Brad Pitt) and The Prince of Tides (starring and directed by Barbara Streisand). Her recent scripts include Arthur Newman, an upcoming movie starring Colin Firth and Emily Blunt.

Johnston will take over from Kurt Wimmer, who wrote the script for the first chapter, because his first draft for the sequel failed to convince the franchise's star actress, Angelina Jolie. Columbia Pictures elected to pass the script to another writer to keep Jolie on board.

Salt is a 2010 thriller directed by Phillip Noyce, starring Angelina Jolie as a CIA agent who is accused of being a Russian spy who plans to assassinate the President of the United States.