Any introduction to Somtow Sucharitkul risks sounding superfluous. Writer, composer and conductor, Somtow switches one hat for another with the ease of a conjurer. His latest book of fiction called The Stone Buddha's Tears _ written under the pseudonym SP Somtow _ has just come out from Post Books. The English-language story about children in a corrupt society is accompanied by the Thai version, called Sila Kan Saeng. Since he first published in 1986, Somtow has thrived on sci-fi, fantasy, horror and young adult genres; his Forgetting Places and The Wizard's Apprentice were among the hits in the US as well as here. 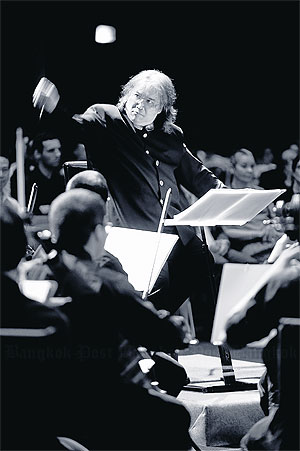 Juggling another role as artistic director of Opera Siam, Somtow will conduct the opera Otello this Thursday at Thailand Cultural Centre. With Verdi's music, the opera is based on King Rama VI's adaptation of Shakespeare's play Othello. Be in awe.

What are you reading?

I read several books last week even though I'm going crazy with preparations for Otello. I re-read Shakespeare's Othello last night to glean new insights into the characters. I read three popular science books by Brian Clegg, they are very entertainingly written and I just went through them like popcorn. Last week, I re-read the Asimov Foundation series [seven novels] and I was soggy with nostalgia. I'm also reading and haven't finished, The Man Who Mistook His Wife For A Hat [by Oliver Sacks].

What's the last book that made you cry?

I don't cry as often as I should; I spend an absurd percentage of my mind on analysing what I read and figuring out how it is put together. A book that brought me to tears was Robertson Davies' Deptford Trilogy. Another was The Mask Of Apollo by Mary Renault.

What's the last book that made you laugh?

A book that always makes me laugh is Culture Made Stupid [by Tom Weller].

What's a book that you always want to read but still haven't? Why haven't you read it?

Gibbon's Decline And Fall Of The Roman Empire. I just bought a beautiful edition. I'm scared to start it. What I've got is a really really lovely edition. I don't want to ruin the spines!

What's the best book written by a composer?

If you want to talk about fiction rather than books about music or autobiographies, the only composer I can think of who writes novels is Anthony Burgess. I rather like his novel Nothing Like The Sun which is about Shakespeare's sex life, among other things. Ironically, in addition to being the only novel-writing symphonist, Burgess and I shared the same literary agent. We also clearly love Joyce _ he was more obviously influenced than I was, but it's there in both words and music.

What's the best sci-fi book, in your view?

One of my absolute faves is A Case Of Conscience by James Blish, which discusses how the Catholic Church might react to aliens who don't have original sin. It's hard to discern a "best" when one has read so many books, but once you pass the writers of the classic period (which for me means Asimov, Heinlein, Clarke) I think Ursula K. Le Guin is really fine, especially her novel The Left Hand Of Darkness.

What's the best book about music/opera?

Robert Donington's Wagner's Ring And Its Symbols, which is a deep Jungian analysis of the Ring Cycle and which claims, among other things, that Siegfried cutting a reed to blow to imitate the language of birds is a reference to "the small size of an infant's penis".

It would be very entertaining if Wagner met Samuel Beckett _ a clash between maximalism and minimalism. They probably wouldn't get along. 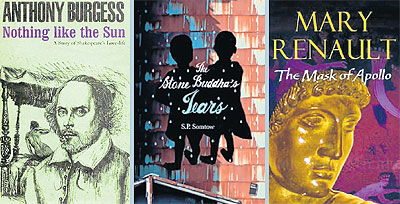 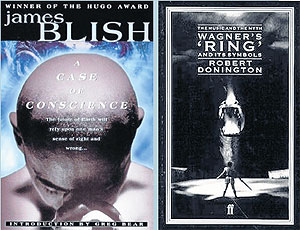