Frozen by the popular image in tourist postcards, Chiang Mai is demythologised in an exhibition that marks the opening of Thailand Creative and Design Centre in the Northern city

A sweet-smiling lady in Northern-styled costume with an umbrella. The elephants splashing water against the sunset light. Green space. Slow life. That's how Chiang Mai has been portrayed for decades _ on postcards. 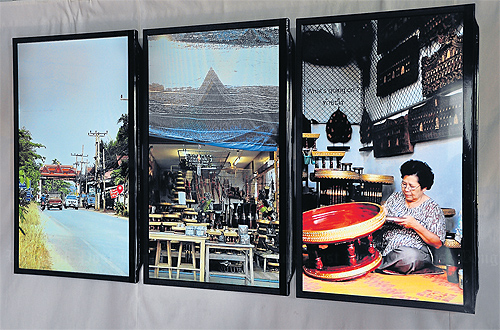 Visitors are greeted with three screens featuring happenings from the different times of the day in the three neighbourhoods.

"Chiang Mai Revisited", the inaugural exhibition at Thailand Creative and Design Centre (TCDC) in the Northern city, is an attempt to deconstruct _ perhaps to demythologise _ conventional perceptions of the 700-year-old city.

The exhibition opened last Tuesday and will run through to June 30 as part of the opening of TCDC in Chiang Mai, the second branch of the centre. The city has been chosen because it is a melting pot of culture. It not only has its own long history and an established tourism industry, but it is also home to art and design faculties, and professional artists, designers, and architects.

"It's a big challenge to tell a story of Chiang Mai for the locals to see," said Charintip who's based in Bangkok. The people who made the TCDC team nervous were local academics, activists, and artists who hold strong views towards their own city. The team spent about a year working with local experts to do the research and exhibition designs. 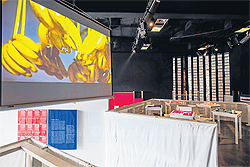 The screen at the exit is telling the story of Kad Muang Mai (new town market). The wholesale market is the source of food for not only Chiang Mai, but neighbouring provinces, but not many know about its history.

The multimedia exhibition and its content encourage a more critical perspective among the people, particularly the locals towards their own city as it actually is _ in a realistic, unconventional way, said Charintip.

Like most visitors, she used to see Chiang Mai as a tourist destination as portrayed in postcards, but the exhibition research changed this image.

Chiang Mai has somehow been "frozen" by tourism in postcards, but in reality, the 700-year-old city has evolved through time. To serve tourism, this city has grown so fast that the local people and the local regulations can't catch up.

Residential areas have been threatened by tourism businesses and long-time residents have been offended by inconsiderate business operators. The only solution is for the locals to take action and speak up for themselves, said Charinporn.

During the research, a few dozen postcards featuring the "frozen" Chiang Mai were handed out to locals at random across different public places for each receiver to comment on.

Charintip said people reacted differently. Among the postcards which are now displayed in the exhibition, the most critical comments went to the one with a sweet-smiling lady in Northern-styled costume with an umbrella. A local commented: "The lady in the postcard doesn't exist anymore. Chiang Mai women are now modern. They no longer carry that kind of umbrella or go around wearing that Northern-style long skirt. It's old-fashioned _ and simply unreal. Chiang Mai beauty queens are now equipped with fake noses, plastic-enhanced faces, and revealing outfits... no longer beautiful."

"Chiang Mai doesn't remain [in the eyes of the locals] the way it is seen in postcards anymore," said Charintip. 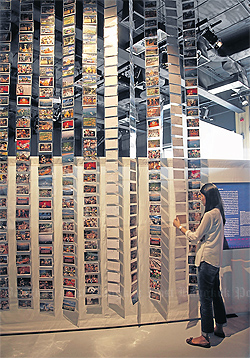 The postcards displayed may feature the conventional beauty of the city, but the comments on the back portray how the city is perceived.

Visitors are welcomed into the exhibition through the three different entrances signifying different perceptions towards the city, with a conventional temple-like door in the middle, wooden door on the left, and steel door on the right. However, every visitor eventually goes through the same exhibition no matter which door they enter through.

Behind the gates, visitors are greeted with three screens featuring happenings from the different times of the day in the three neighbourhoods. Further inside is a postcard curtain featuring dozens of conventional perceptions of Chiang Mai. The postcards may feature the conventional beauty of the city, but the comments on the back portray how the city is perceived.

The exhibition, indeed, has re-discovered the city.

The first zone, "What's There?", discovers that the old residential Nimmanhemin area is now home to bars, restaurants, and hotels. A large number of old residents either rented out or sold their homes because they couldn't tolerate the noise and nightlife disturbances. The area is questioned about the uncontrollable, rapid changes.

A graphic chart, resulting from a field survey along an 800m stretch between Nakhonping and Nawarat bridges near Wat Gade, shows the area isn't made for pedestrians, even though it has been promoted as the gallery street of Chiang Mai. The chart shows different road surfaces, uneven footpaths with blockages, and noisy transport.

"If it were meant to attract pedestrians, does the footpath and area agree?" Charintip raised the question for the Chiang Mai people to seek solutions.

In the second zone, "Who's There?" looks into the diverse group of people sharing the space in the old town square and famous night bazaar. Once believed in Lanna tradition to be a sacred space, with a section in the upper part of the city kept solely for noble people to live in, the square has now been shared among old residents, business operators, tourists, and young people.

"Koo Muang has also become a playground for graffiti artists," the curator said. The square is where the youngsters look for a space to show off their artistic talent.

The last zone, "What's Going On?" found how the diversity of Chiang Mai, including the mountains, has been maximised by people with different lifestyles. The exhibition also found the different lives in the Wua Lai area/silver market, which has now been overshadowed by the weekend night market that features food and mass products. Many question whether the weekend market has anything to do with the original silver market.

The image of Chiang Mai isn't portrayed positively at the exhibition, as it has always been in the "time-frozen" postcards, but it shows the city's potential and is the reality of the city as it is now.

"The exhibition was meant to encourage change in Chiang Mai in a good way," concluded Charintip. 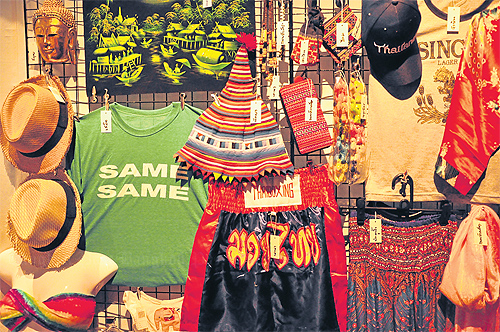 Is Chiang Mai original or just another tourist destination? The night bazaar was once a must-see in Chiang Mai, but the items available at the famous night market can also be found elsewhere from Koh Samet to Patpong and Pattaya. 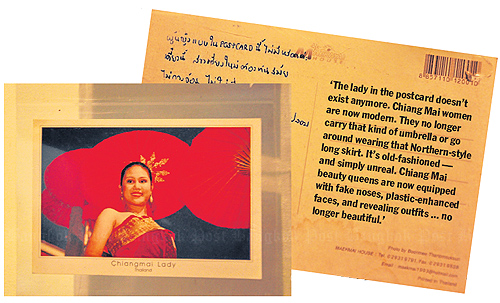