There's no truth, There's only cinema

Cambodian director Rithy Panh's new documentary film pays tribute to and questions the power of image. With a tender, evocative and self-reflective tone, the film is about images that can be shown and that cannot, that should be seen and that should not, that are lost and that are found, that are touchable and that are invisible, that are ethically dubious and that are movingly, irredeemably personal. 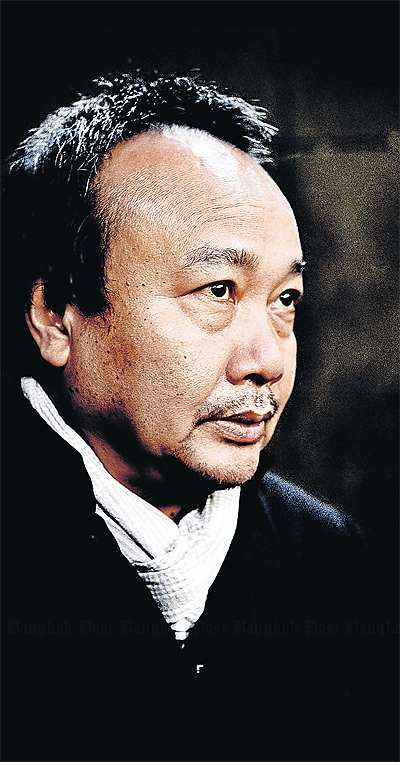 L'image Manquante, or The Missing Image, premiered at the 66th Cannes Film Festival on Sunday evening, and it looks set to become one of the most memorable films ever made about Cambodian history during the Khmer Rouge era.

"When I do feature films, I usually have a very strong sense of what I want to do," says Rithy Panh. "I have topics and subjects, so I go for it. I even know technically what I want to. But in the case of documentary, the story comes to me.

"I have to feel the necessity of doing it. It comes to me as opposed to I go to it, and particularly on this subject of the Khmer Rouge years, which is very personal to me."

As a teenager, Rithy Panh watched Phnom Penh fall to Pol Pot's army in 1975. He was sent to work in a camp, where his parents died of exhaustion and hunger and where he, along with others, was forced to work the field during the day and to be "re-educated" through revolutionary slogans and Khmer Rouge propaganda films at night.

After the liberation, he made a brief stop in Thailand en route to Paris, where he went on to study filmmaking. Since the 1990s, he has made several films, mostly documentaries, on the social and historical issues of his homeland. On top of his resume is the honest, chilly S21: The Khmer Rouge Killing Machine (2003), which revisits the horror of the Tuol Sleng prison in Phnom Penh.

The new film, however, approaches the broad scope of that horrific history through a personal lens. The Missing Image is an autobiographical movie that effectively uses first-person narration, archival film footage, Khmer Rouge propaganda film clips and little clay figurines _ lovingly sculpted and painted _ to fill in the lost human landscape unrecorded by any film from that era. Rithy Panh's documentary is one of the best films showing in Cannes this year.

It also feels like a film that the 50-year-old director should have made long before _ the film closest to his heart. But Rithy Panh thinks otherwise.

"It's very difficult to film what cannot be said, what cannot be told," he says in French. "With this particular movie, I was trying to find the right way to do it. You have the technical problem and ethical problem _ it is difficult to film death. It's like when you travel and you don't know when you will arrive or if you will arrive. In this journey you know where you start but you don't know where or when it will end. I didn't do this film before because I couldn't."

The Missing Image recounts Rithy Panh's life story in parallel with the national nightmare of Cambodia. It may sound like an old story, but the voice that tells it this time makes all the difference. Most importantly, this is a movie that ponders the nature of image and how image is inherent with memory.

Black-and-white footage, propaganda films, and even clips from King Norodom Sihanouk's movies are intertwined with the picture of 35mm film print left rotten out of neglect. Rithy Panh is suggesting that without image, there's no history. But at the same time, he reflects on the manipulative power of film and how that, too, can influence our perception of reality.

There's no truth, there's only cinema, a voice representing Rithy Panh says in The Missing Image.

''I was actually looking for pictures that might have been taken by the Khmer Rouge,'' says the director. ''But [if I found] the image of an execution, can I show it? Does it give any solution to anything? I'm not sure about that.

''Maybe I don't want to find that image. What's important is the journey towards the image rather than the image itself.

''This film is a tribute to images. Even propaganda images, when they become archives you can look behind them and see what they actually mean. But I'm definitely looking for images because you can have rotten images [as when 35mm film deteriorates], you can lose your memory, but the images are there.

''In the propaganda clips that I show in my film,'' Rithy Panh continues, ''you can see a Khmer Rouge cameraman with a megaphone directing people in the work camp to walk [and to do things]. You can see that, and you know [that what you see] is not true. When the Khmer Rouge made these films to screen outside the country, they wanted to show that, 'See, this is our big leap forward! We can produce three tons of rice per hectare!'. It's pure propaganda. That's because cinema is not reality.

''It's only 'my point of view'. Cinema is powerful because of that.''

Rithy Panh says that the Khmer Rouge made about 45 hours of propaganda films. After the regime fell, those films scattered. Ten years after he left Cambodia, Rithy Panh returned from Paris and looked for them.

He later collaborated with the Institut National de l'Audiovisuel (INA) in France and set up the Bophana Centre in Phnom Penh, where some of the Khmer Rouge films are open to public view. Most of these clips have been digitised to ensure their existence _ though Rithy Panh doubts whether hard drives will last longer than good old 35mm. The constant shift of digital platforms, he says, is worrisome compared to the fact that 35mm print, when kept according to archival procedures, can last at least a century.

''I love archival films very much,'' he says. ''I spent thousands of hours watching archive footage. Every time I see it, I see something. Sometimes I think I know this footage, but two years later I see it again and I see something new.'' That's not surprising, because for Rithy Panh, image means memory, and memory can always be rediscovered, as shown with conviction in his new film.

Before the Khmer Rouge arrived, Cambodia produced a lot of movies (that is the subject of another documentary film, The Golden Slumber by French-Cambodian Davy Chou.) For Rithy Panh, his first memory of going to the cinema was to see The Ten Commandments. There's also something else too.

''I have a neighbour _ I called him uncle _ who was a policeman. One day he stopped going to work, he took off his uniform and he started making films. I spent my childhood in his studio, watching him work with his 16mm camera. I didn't want to talk about this story _ because journalists would say, 'Ah, he became a film director because when he was young he spent time in a movie studio'. It's such a good story!

''I have waited for more than 20 years to tell it, because that was not the reason I became a filmmaker. I make films because I believe in bringing testimony to the [wider audience]. That was the reason.'' 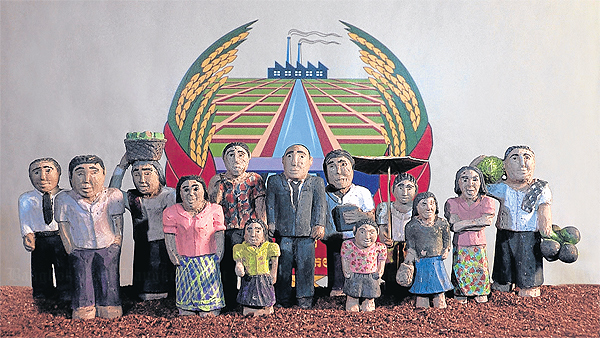