Betting it all on the rise of the East

You don't have to be psychic to see the future. Jim Rogers, co-founder of one of the first international investment firms Quantum Fund with George Soros, tells you what to expect next. In fact, he's been making eerily accurate calls on world-changing economic trends for the past two decades; see his earlier autobiographies: Hot Commodities, Adventure Capitalist and Investment Biker. In his most recent book, Street Smarts: Adventures On The Road And In The Markets, he continues to demonstrate how world markets are changing. 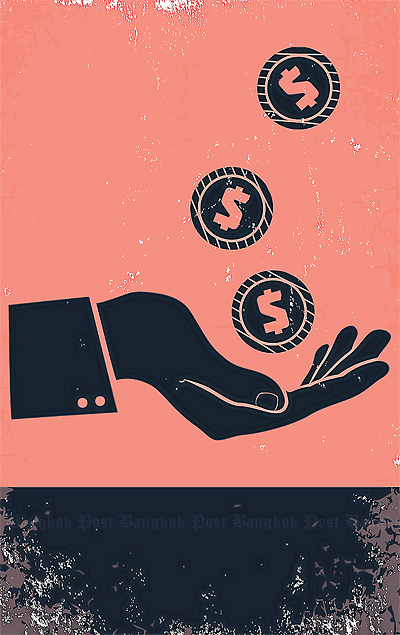 Referencing all the cross-continental travel he has done, Rogers details how his mental framework has evolved from his humble beginnings in Demopolis, Alabama, to his stint at Yale and the years he spent working on Wall Street. He explains why the US and European Union are trapped in a downward spiral, why Asia will be the dominant economic force of the future, and how he moved his entire family to Singapore so that they could prepare themselves for the dawn of that new era.

"A 12-year-old who scores at the top on this nationwide test gets his or her photograph _ and that of his or her parents _ displayed on the front page of the newspaper here [in Singapore] when the results are announced." His own blond-haired, blue-eyed children are learning Mandarin in order to gain access to countries that still offer tangible products. "No one has ever repealed the laws of supply and demand" and, as of now, America's strength lies in providing services. Many business students are vying for lucrative careers in finance, but Rogers is betting on a degree in agriculture being the gold standard for the sought-after careers of the future. 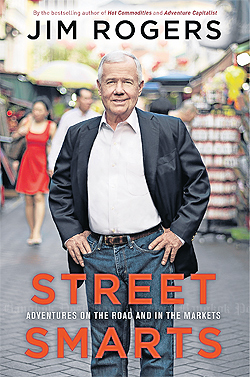 Street Smarts: Adventures On The Road And In The Markets By Jim Rogers 256pp 2013 Crown Business Available at Asia Books and leading bookshops 795 baht

He devotes one of the last chapters to potential new investments. Like many others, Rogers has his eye on North Korea and Myanmar.

"The major changes in these two countries are among the most exciting things I see right now, looking to the future. Another thing I am extremely bullish on, for the next 20 or 30 years, is Chinese tourism. The Chinese have not been able to travel for decades, and now they can. Both inside and outside the country, Chinese tourism will explode."

Overall, his case for Asia's rise is logical, but much of his sway lies in the emotional fervour he nurtures for the far side of the Pacific. He sold his multimillion-dollar estate in Manhattan and relocated to Singapore because "there is a throb in Asia, a dynamism that no longer exists in America, the same feeling I used to have in New York but do not get from New York any more".

The weight in his argument lies primarily in how far the US has fallen. A chapter that explains America's incurable ailments opens, aptly enough, with a quote from Frank Borman, one-time CEO of Eastern Airlines: "Capitalism without bankruptcy is like Christianity without hell." As someone who warned the public about the oncoming financial collapse five years before it happened, he has no hesitation in playing the blame game, bluntly pointing his finger at a couple of high-profile key players in the 2008 financial meltdown.

Two of the heaviest-hit punching bags are Alan Greenspan and Ben Bernanke.

"Alan Greenspan's greatest strengths were those of a politician. The way capitalism is supposed to work is that when people get in trouble, they fail. Greenspan's way was to prop up failure. He and the politicians were taking money from competent people, giving it to the incompetent people, and telling the incompetent people, 'Here, the government is on your side. Now you can compete with the competent people with their money and our support'." He goes on to publicly shame Bernanke, chairman of the US Federal Reserve, stating: "He knows little about economics or finance, he has no idea how markets work and the only thing he truly understands about currency is how to print it."

Rogers believes the safety nets that caught financiers who rode the bull markets over the edge (Bernanke and Greenspan) whittle away at American confidence in government.

"Adam Smith said it takes a lot to bankrupt a country, but we are well along the path." No one is safe from his scathing criticism, even former partner and legendary business magnate George Soros. In 10 years, the Quantum Fund gained 4,200% while the S&P advanced about 47%, making them newly minted billionaires. Rogers addresses the currency manipulation directly, recalling an intimate conversation that played out when the US Securities and Exchange Commission charged Soros, also known as "the man that broke the Bank of England", with stock manipulation. When Rogers tells Soros, "my reputation is worth more to me than a million dollars", Soros replies: "Not to me it's not." Though he does concede that Soros made this comment jokingly, he still underhandedly confirms Soros' guilt regarding the stock-manipulation charges, showing that "money was more important than anything else at stake in the transaction".

Despite his well-thought-out criticism of how the US has been functioning of late, Rogers goes on to give pointers on how one can be a successful operator in that country's financial markets.

"The way you become a successful investor is by investing only in what you yourself have a wealth of knowledge about. Concentrate on what you know... you will see a major change coming long before anybody on Wall Street will." Once you know what you want to invest in, he suggests investing rarely and sitting on your investment for as long as possible. This is all sound advice coming, as it does, from a man who has proved his worth in many different markets. Street Smarts is a fast, pleasurable read that serves as a solid guide for how the younger generations should navigate the future.