If you want to engage in heated debate, first get your facts straight

In Before Siam: Essays In Art And Archaeology, scholars and historians go beyond the Sukhothai and Ayutthaya kingdoms, bringing readers back to prehistory when the area where Bangkok is now located was a sea, its shoreline in modern day Ang Thong province. 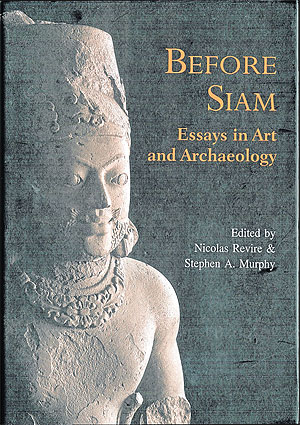 Divided into four parts, the book has 18 articles which provide knowledge and analysis of culture, geography and civilisations that played a role in the development of Siam. Articles in the first part of this book look at geological transformation and subsequent ancient civilisations that defined the physical transformation of the Gulf of Siam. Part two focuses on the influence of Hinduism and early Buddhism in Southeast Asia. Part three and four, respectively, consist of essays about evidence of early Buddhism in cultures, objects and ancient communities and ancient Khmer culture’s effect on Siam. The thick book contains gorgeous illustrations and maps and was peer-reviewed in The Journal Of Siam Society, an academic publication of the renowned Siam Society. 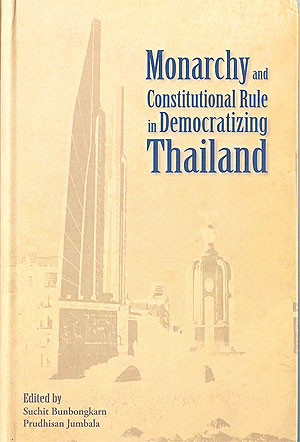 Books on the role of monarchy in Thailand can generally be divided in two categories — eulogies and criticisms. Readers’ acceptance depends on their ideological stance. Fewer in number are academic books which provide essential knowledge on monarchy as a dynamic political organ and institution, not solely as a revered subject or archaic institute in the modern democratic world. The lack of such information constitutes ill-informed debate and even unhealthy criticism.

Monarchy And Constitutional Rule In Democratizing Thailand is a substantial book, providing references and background for readers, especially those unfamiliar with the subject, who want academic and relatively unbiased information. The book is a compilation of essays written by respected scholars and personalities such as privy councillor Sumet Tantivejkul, an expert on law and the tradition of monarchy Tongthong Chandrangsu, respected legal pedagogue Bowornsak Uwanno and, in the “Foreign Reflections” section, former AP Bureau chief Denis D. Gray and scholar William J. Klausner, just to name a few. The 11 articles cover a diverse range of interests. For example, Prudhisarn Jumbala sheds lights on how Thai monarchs dealt with transition and challenges in “Prajadhipok: The King At The Transition To Constitutional Monarchy In Siam”, while Tongthong provides background on the constitutional monarchy in “The Royal Prerogatives In Thai Constitutional Law”.

A must-read is “Lese-majeste: A Distinctive Character Of Thai Democracy Amidst The Global Democratic Movement’’ by Ajarn Borwornsak, who compares lese-majeste laws in Thailand with other countries, such as England and Scandinavian nations.

Readers, however, be warned. This book is devoid of criticism. Many might take it as a royalist academic textbook, which is understandable because its content aims to explain, not challenge or question. But the absence of criticism does not discredit the crucial knowledge it imparts. Thus it is a must for those who believe that one needs to have a firm foundation of something before criticising or eulogising it.