And so it continues...
Life
Arts & Entertainment

And so it continues... 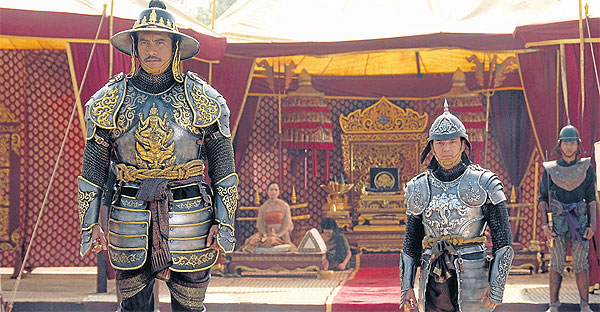 Col Wanchana Sawasdee and Col Winthai Suvaree prepare for battle in The Legend of King Naresuan 5.

The Burmese are led by King Nanda Bayin and his viceroy, who look like bad people. The Burmese retreat, regroup and march into Kanchanaburi. Prince Nares consults his ministers and generals, using a very large map. He devises some kind of plan and moves his army to confront the invaders. The Burmese viceroy and Prince Nares have an elephant duel. We all know who wins.

Prince Nares’ sister, Princess Supankanlaya, has been held hostage by King Nanda Bayin in the past few movies. She’s very sad because the Burmese ruler treats her badly. He rapes her. He shouts at her. She can’t escape because she loves her country. Prince Nares wants to help his sister very much. But the film ends first, so maybe there will be another sequel in which Prince Nares and Lord Rachamanu will fight more Burmese together.

If you find this review boring, sorry, but that’s my feeling thinking about the film, too. Thinking is still allowed, I believe, in this place and time.