‘One Bourbon, One Scotch And One Beer’, a follow-up to last month’s ‘World Beat’ night at Studio Lam, promises to bring out the big guns of R&B

The year 1954 was a busy one for R&B. Seminal and influential songs such as blues shouter Big Joe Turner’s Shake, Rattle And Roll; It Should Have Been Me by Ray Charles; Goodnite, Sweetheart, Goodnite by the Spaniels; Sh-Boom by The Chords; and Just Make Love To Me by Muddy Waters dominated the R&B charts. 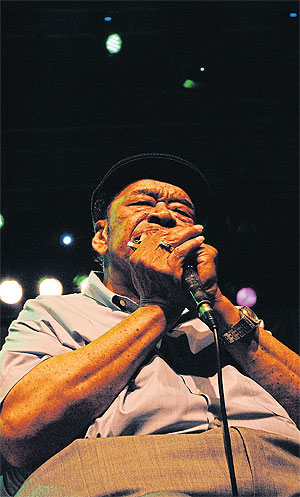 It was the golden era of R&B, and the music created during this era has had a lasting influence on the development of popular music. Without it — the songs of Willie Dixon, for instance, or the small band format of electrified Chicago R&B outfits led by legends such as Howling Wolf and Muddy Waters — there would have been no rock ‘n’ roll, no British beat band boom of the 60s.

Over the years, I’ve written a fair amount about the development of R&B — how it came out of the post-World War II boom and migrated from the Deep South to Northern cities such as Chicago; how earlier styles like small combo blues (such as Charles Brown), jump jive (Louis Jordan) and piano boogie woogie (Professor Longhair) created the platform for the progenitor of rock ‘n’ roll.

The late 1940s and early 50s saw releases such as Jackie Brenston’s Rocket 88, which would pave the way for the mature form of the mid-50s, while Professor Longhair worked away in New Orleans on R&B piano riffs that had a rolling Latin tinge. By the mid-50s, clear regional differences began to emerge — Chicago with its harmonica-driven small combo sound, LA and Kansas City with leaning toward honking saxophones. New Orleans had piano-based music that would propel the career of Fats Domino, who broke into mainstream pop music charts. One should also mention the vocal groups that emerged during this period, performing catchy songs in a style often called “doo wop” or “sh-boom” (funk pioneer George Clinton would get his start in this style, which originated from barber shop quartets)

At the same time, regional music was also taking off in the US, particularly in the South (after all, country rockers had begun to create rockabilly, stemming from R&B roots, Western Swing and country music, as heard on the records of George Jones and Charlie Feathers).

French creole-speaking Louisianans updated traditional zydeco music with funky beats, leading to one of my favourite US regional styles, swamp pop (check out Belton Richard, and Cookie and His Cupcakes). In addition, Hispanic communities in Texas were jumping to fast-paced Tex-Mex, an update of music that crossed the US-Mexican border.

Of all the R&B styles, Chicago’s has had the most lasting influence. When Elvis exploded on the scene to take rock ‘n’ roll global, and Ray Charles and James Brown began to create the beginnings of soul music, R&B lost some of its pre-eminence. By the end of the 50s, its popularity had begun to wane. It was then that the obsession of young Brit musicians like the Rolling Stones (the group’s moniker comes from a Muddy Waters’ song of the same name) brought attention back to the Chicago sound.

Tours in Europe were arranged, and veteran R&B musicians were received enthusiastically, spawning a love for harmonica-driven blues in international audiences that continues to this day.

Sadly, of the greats from this era only harmonica player James Cotton and guitar master BB King are still performing. Many are no longer with us, although their music lives on.

I’ll be playing many of these hits and styles at a follow-up to last month’s “World Beat” night — “One Bourbon, One Scotch And One Beer”, at Studio Lam, on Nov 29 at 9.30pm. Expect a feet-shuffling night of R&B, jump jive, small blues combos, doo wop, rockabilly, Tex-Mex, zydeco and swamp pop. Entrance is free. Meanwhile, EM Records of Japan has released a reissue of Yasothon province’s favourite molam artist Dao Bandon. The album is a follow-up to the recent reissue of Aungkanang Kunchai’s work. The new album, Man On A Water Buffalo, includes some of Bandon’s biggest hits from his golden period in the 70s, such as Kee Khon Lang Kwai ( Man On A Water Buffalo), Lam Plearn Jarenjai ( Uplifting Lam Plearn), Ya Ting King ( Don’t Stop) and Lam Kiew Sao Lam Noi ( Courting Lam Girl Lam). Liner notes and lyrics are in English and Japanese.

Forget working from home -- why not live in an old office?