Beyonce and family in Phuket

Pop singer and actress Beyonce and her family are spending Christmas in Phuket, local media and social websites reported.

According to media reports they arrived at Phuket airport about 10pm Wednesday. Their security guards tried unsuccessfully to prevent photographs. They were expected to stay in Thailand until around Jan 4. 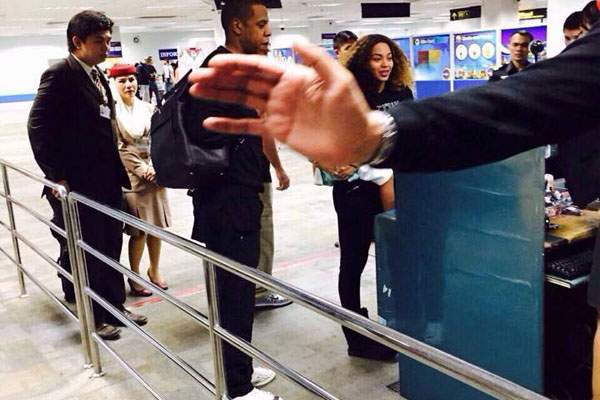 Beyonce is photographed with her husband Jay-Z at Phuket airport Wednesday night. (Photo courtesy of beyoncethailand.net)