‘So many parts of India are beautiful, with all their colour and decoration. There are other areas which are grey, ramshackle and dilapidated, but out of these, beautiful visions can appear,” wrote James Wellings, author of India: Living In An Ornate World. 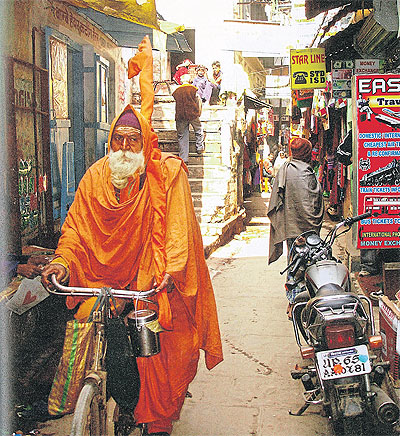 The vivid scenes of Indian streets are told throughout the 157-page volume in a series of photographs taken by Wellings himself. From his travelling experiences in 75 countries, India seems to be his top choice when it comes to the aspect of colours.

“One can see that Indians’ love of colour and flair for ornamentation were reflected in all levels of society. A modest dwelling in India can give as much an indication of this as a palace,” he wrote. Making a statement with a pink turban.

India is a country that is largely defined by colours and exotic patterns. From clothes to architecture, the impression is strong. The “flavour of atmosphere”, as Wellings put it, can almost be tasted through photographs alone. These flavours have been put together through religions and history.

“All in all, there was a tremendous cross-fertilisation of artistic styles and ideas across India.”

In this book, you will find the people dressed in different shades of saris and turbans. They sit, stand, and ride on bicycles — all dressed beautifully regardless of jobs and social status, as Wellings made an observation.

“It seems that in many countries, even those with hardly any possessions are determined to show the world that they can still dress beautifully,” remarked the author.

Colours, as he learned from his time in India, have different meanings — and some are defined differently from the Western world. Red is for sensuality and purity, while pink means love. Green is for fertility, while light blue stands for kindness.

But it’s not only about the people — the living beings — that bring about these striking shades. The surroundings, even inanimate objects, all contribute to the life and culture of India. From green door to yellow wall and pink window, all walks of Indian lives cross and culminate into artistic scenes, which Wellings managed to capture. 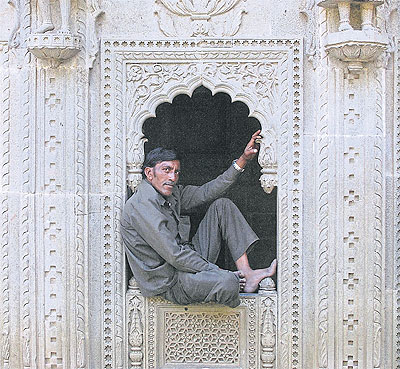 A man inside the Ahilyeshwar Temple, Maheshwar. 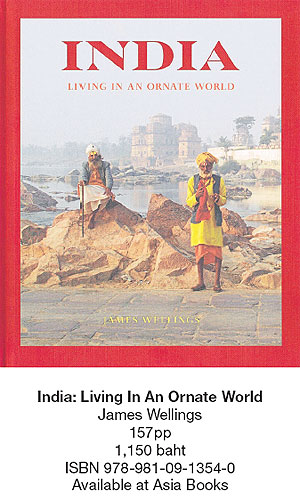 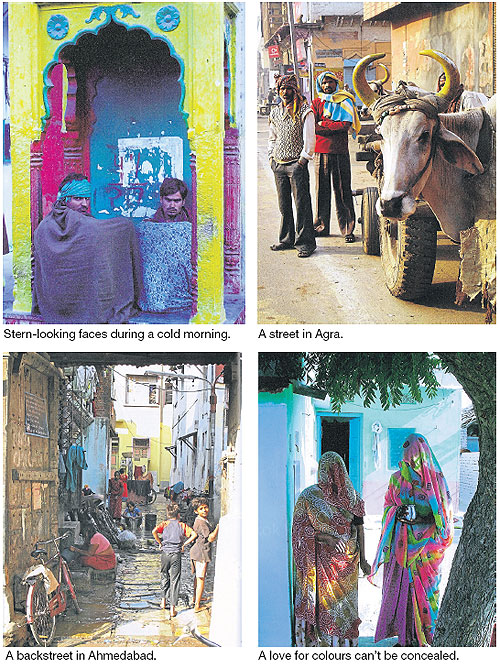 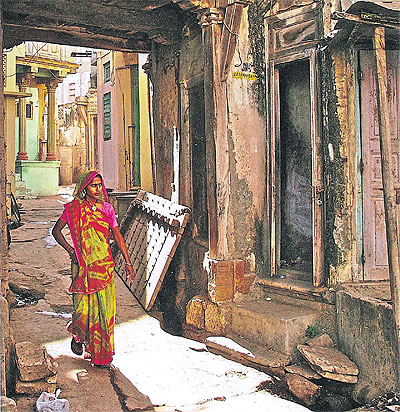 Walking the streets of Siddhpur, Gujarat.