published : 3 Jun 2015 at 03:30
newspaper section: Life
writer: Kaona Pongpipat
A shot from War Of Java, Do You Remember?

Stepping into the dimly lit Jim Thompson Art Center, one immediately feels connected. The parade of motorcycles is more than a common sight in Bangkok. The colourful car headlining and flaring lights are reminiscent of a songthaew ride home. Other video installations featuring in the space's current exhibition "Missing Links" are instantaneously relatable, even without any explanatory text.

"Modernisation And Urban Condition", the first of the two-part show, features works by The Maw Naing from Myanmar, Jompet Kuswidananto from Indonesia, Maria Taniguchi from the Philippines, UuDam Tran Nguyen from Vietnam and Souliya Phoumivong from Laos. The second part, "Diaspora And Identity", beginning in August, features Thailand's Nipan Oranniwesna, and others from Malaysia, Singapore and Cambodia.

At the moment, the direction the Jim Thompson Art Center is heading in seems quite unpredictable — from "Joyful Khaen, Joyful Dance", an exhibition which explored the history of Isan molam music, which ended earlier this year, to now a group show by Southeast Asian artists exploring issues of modernisation, industrialisation, urbanisation and migration in the region. Looking back to its earlier shows, like "Traces" in 2013, however, we realised that the show, curated by Gridthiya Gaweewong, is a continuation of a long, carefully-structured journey.

"I'm trying to talk about one issue but with more depth," said Gridthiya. "The issues in Southeast Asia are much more complex than we thought. It's not just about race; the show is trying to point out a certain connection that may have been invisible to some people."

"Traces" was a video art and photography show which investigated socio-cultural memories in Southeast Asia, looking at a range of issues, from the Vietnam War, the Singaporean and Malaysian nation building processes, to Thailand's social norms and education system. Gridthiya said that while that show was maybe a bit too heavy, forcing viewers to deal with painful memories, "Missing Links" is a lot easier to take in. And it really is. The dark room has added cinematic feel to the space filled with five screenings; this dimness in a way serves to obliterate the sense of borders between countries.

On screen at the far end, Vietnamese UuDam Tran Nguyen's Waltz Of The Machine Equestrians is perhaps the most easily recognisable piece in the show. UuDam had 28 people ride motorcycles in a slow-moving column, with each four-person row going abreast. All are wearing colourful raincoats, attached to one another with clips and rubber bands. With Dmitri Shostakovich's Waltz No.2 playing, this train of urban riders, shot from various angles, is a dramatised and humorous look at the urban condition not just in Vietnam but other metropolises in the region.

"I spent more than a decade abroad and came back to Vietnam to find that I couldn't ride a motorcycle through the traffic," said UuDam at an artists' talk at William Warren Library before the opening reception last month. "At first I had to sit on the back of a friend's motorcycle and what I got to do by just sitting is to observe how incredible these riders are, going through such limited space and never seeming to touch and crash."

The idea for this parade of riders connected by raincoats came to him when he was having dinner with his wife and saw these riders going through the rain. UuDam said the flexibility of the attachment, the paper clips and rubber bands, serves to portray the relationship between people and the city.

Another artist participating in the talk is Myanmar film director, poet and visual artist The Maw Naing. His video aesthetically yet steadily follows the glassware manufacturing process in a factory.

The video goes on a loop, from shattered glass being melted, moulded to a finished product, and then shattered for recycling again. The work is the artist's metaphor for the contemporary political history of his own country, which many times seemed to improve but only to degenerate back to where it began.

This work, including many of Naing's, was never allowed to show in his country. Curator Gridthiya's choice, aside from giving him a chance to show the work for the first time, is also a biting echo of what's going on in Thailand.

Filipino Maria Taniguchi's Untitled (Celestial Motors) was short, yet one of the most riveting videos in the show. Taniguchi's close-up video follows various different parts of a jeepney, a vehicle used as the main transportation in urban areas of Manila. With these jeepneys being made from US military jeeps left over from World War II, the work is a detailed contemplation on a symbol of change and adaptation of the country in recent history.

War Of Java, Do You Remember?, a video by Indonesian Jompet Kuswidananto, in which a man clad in farmer's attire is dancing in a former 19th century sugar refinery, is reminiscent of many auspicious occasions in Thailand in which monks are invited to anointment rituals for good luck. The video offers a contrast between spiritual belief and modernisation.

Except for Lao Souliya Phoumivong's 7-minute monologue about time, which comprises cliché-after-cliché which serves only to impair the gravity the rest of the pieces have contributed, this first part of "Missing Links" is really an enjoyable experience. Unlike all those Asean-themed exhibitions we have had too much of these past couple of years, the show doesn't attempt to thrust information upon us, but provides us with links which have been missed and just lets us sink in or get connected with the stories of our region on our own terms.

"Missing Links" is on display until July 31 at The Jim Thompson Art Center, Soi Kasemsan 2, off Rama I Road. 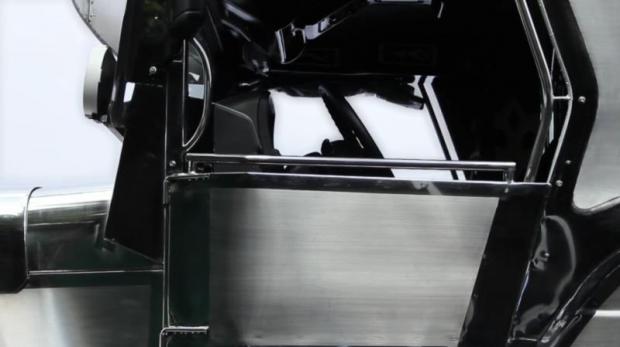 A shot from Untitled (Celestial Motors). 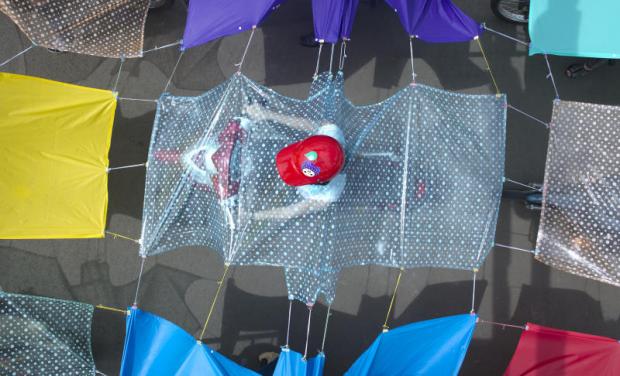 A shot from Waltz Of The Machine Equestrians.