The truth behind the facade
Life
Arts & Entertainment

The truth behind the facade

At a time when freedom of expression is becoming increasingly constrained, whether one is just an internet user, a filmmaker or an activist, experimental theatre troupe B-Floor is as relentless as ever. After Ornanong Thaisriwong's solo performance Bang La Merd earlier this year was attended by military officers, B-Floor is back under the directorial helm of Teerawat Mulvilai in Manoland. 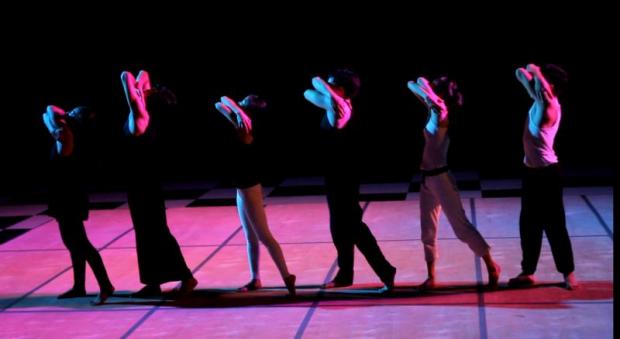 "Mano" in Thai means to imagine things which have no real basis, and Thailand is Teerawat's Manoland because most of us aren't interested in the truth.

"We say we have democracy, equality and freedom of expression, but that's not true," said Teerawat. "What's worst is we are always being controlled as to what we should and shouldn't say."

Yet, as opposed to his previous solo shows, Teerawat said the performance is by no means directed at the authority but just to "reflect perspectives between one human and another, and people and the society as seen in daily lives and in social media".

In an interview with Life, Teerawat explained why Thailand is "Manoland" and how he presented this through physical movements.

Because we don't care about the truth, especially when it comes to history. When we describe Thailand to tourists or foreigners, we depict ourselves with beautiful terms like the "Land of Smiles" or a Buddhist country, or others depict us as the best country in every aspect. We have problems at a structural level, yet all we care about are appearances. We have a short memory and always have these positive ideas to console ourselves. It's no surprise then that we turn to the superstitious, the unreal, for support. Mano is to console ourselves, fool ourselves, and everyone knows that it's not true.

Social media is one of the sources of your material. What's the appeal?

Social media is a representative of one's personal self, reflecting what he or she takes in and sends out. Thailand is a society of rumours and at times these are actually truths whereas the mainstream media is often distorted or one-sided.

What was the process of turning all this into a physical performance?

I talked to the actors about this idea of the collapse of a society that's based on imagination. In portraying this collapse, we started looking at our bodies, their abnormalities that may come from bones, muscles or nerves, etc. What these actors feel and think about the situations, we used it and turned it into movements. Sometimes, I still think of it as an unfinished jigsaw, in which thoughts are still scattered in fragments. We tried to gather these and figure how we can tell about this mano phenomenon.

How do you work a situation in which freedom of expression is increasingly restricted?

In this performance, we say absolutely nothing about the authority. I don't even criticise it in terms of the state structures like in my previous works. In Manoland, I just want to reflect perspectives between one human and another, and people and the society as seen in daily lives and in social media, in newspapers and interactions with your friends and family. It's a commentary on the very nature of being human. Is this really the way we are going to live with one another?

What's the biggest challenge in this?

I have worked with some of the actors before. The preparation process was tough but creating artists of new generation is my intention. We have put a lot of time and effort into it to maintain standards. It's dance theatre, so I try to stop myself from telling a story like in a play. It's a new direction which we can continue in the future. In a situation like this when we can't always say whatever we want, creativity and subtlety play a key role in coming up with something new.