NEW YORK — David Bowie, the innovative and iconic singer whose illustrious career lasted five decades with hits like <em>Fame</em>, <em>Heroes</em> and <em>Let's Dance</em>, died Sunday after a battle with cancer. He was 69.

Representative Steve Martin said early Monday that Bowie died "peacefully" and was surrounded by family. The singer had battled cancer for 18 months.

"While many of you will share in this loss, we ask that you respect the family's privacy during their time of grief," the statement read. No more details were provided.

Bowie, who was born David Jones, came of age in the glam rock era of the early 1970s. He had a striking androgynous look in his early days and was known for changing his looks and sounds. The stuttering rock sound of Changes gave way to the disco soul of Young Americans, co-written with John Lennon, to a droning collaboration with Brian Eno in Berlin that produced Heroes.

He had some of his biggest successes in the early 1980s with the stylist Let's Dance, and a massive American tour. 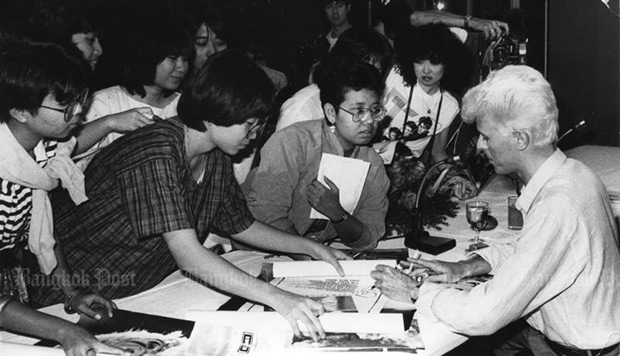 "My entire career, I've only really worked with the same subject matter," Bowie said in a 2002 interview with The Associated Press. "The trousers may change, but the actual words and subjects I've always chosen to write with are things to do with isolation, abandonment, fear and anxiety -- all of the high points of one's life."

His performance of Heroes was a highlight of a concert for rescue workers after the 2001 World Trade Center attacks.

"What I'm most proud of is that I can't help but notice that I've affected the vocabulary of pop music. For me, frankly, as an artist, that's the most satisfying thing for the ego."

Bowie kept a low profile in recent years after reportedly suffering a heart attack in the 2000s. He made a moody album three years ago called The Next Day -- his first recording in a decade which was made in secret in New York City. Blackstar, which earned positive reviews from critics, represented yet another stylistic shift, as he gathered jazz players to join him.

Bowie was married to international supermodel Iman since 1992.

He wrote he had grown up listening to and watching Bowie and called the singer a "master of reinvention" and a pop genius who kept on getting it right.

The death brings the curtain down on one of the most acclaimed artists of modern British music, with a career dating back to the hit Space Oddity in 1969, about an astronaut called Major Tom, who is abandoned in space. 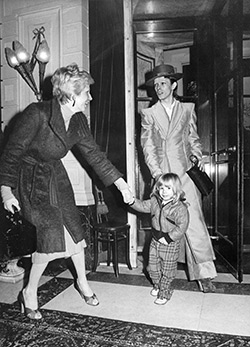 This file photo taken on Feb 17, 1974 shows British rock star David Bowie, with his wife Angela and his son Zowie, after receiving an award for his latest record "Ziggy Stardust" in Amsterdam. (EPA photo)

He was born David Robert Jones in Brixton, inner south London on Jan 8, 1947, before his family moved out to the leafy suburb of Bromley when he was six.

In the first of many re-inventions that were to make him a style icon, he named himself David Bowie in 1966 to avoid confusion with Davy Jones, lead singer with Beatles rivals The Monkees, and studied Buddhism and mime.

The 1970s -- the decade that saw him dominate the British music scene and conquer the United States -- brought forward a string of successful albums.

It began with the critically acclaimed Hunky Dory, continued with The Rise and Fall of Ziggy Stardust and the Spiders from Mars -- whose hits included Starman and Suffragette City -- followed by the rock album Aladdin Sane, the apocalyptic Diamond Dogs and a fling with so-called plastic soul, Station to Station.

He then switched gears once more, moving to Berlin to work with the electronic experimentalist Brian Eno product a trio of albums -- Low, Heroes and Lodger.

The 1980s saw him win over a new generation with Let's Dance, which yielded the hit singles China Girl and Modern Love, and a 1985 teamup with Mick Jagger for a cover of Dancin' in the Street that helped to push the BandAid and LiveAid charity projects.

His chameleon-like ability to reinvent his image, drawing on everything from mime to kabuki theatre, was accompanied by a string of albums until heart problems curtailed his productivity in the 2000s.

But he surprised the world by launching a surprise single Where Are We Now? on his 66th birthday in 2013 after a decade of silence, recalling his days in Berlin in the 1970s and hailed by critics as a major comeback.

An innovator to the end, Bowie moved away from pop into a new jazz sound in his final album Blackstar.

A dark work marked by tense instrumentation, a sense of dread and lyrics about mortality, the work is cast in a new light by the revelation of how ill he was when he created it. 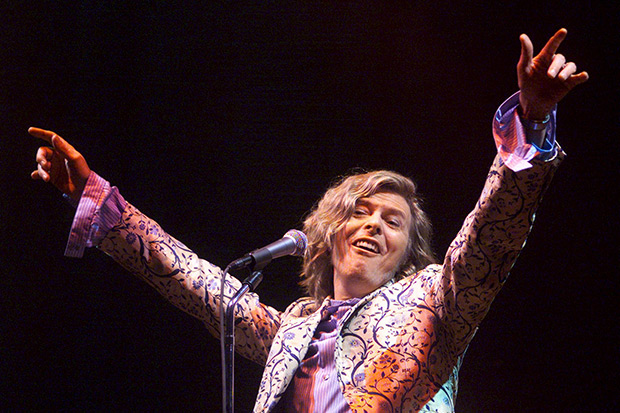