Deep in the shallow end

Chameleon singer-songwriter Aaron Maine, operating as Porches, is no newbie when it comes to crafting sad songs. Over the past six years, Maine has penned a slew of doleful ditties for his different outfits — Aaron Maine and the Reilly Brothers, Spaceghost Cowboys — and has also used the persona Ronald Paris.

But maybe Maine uses so many different band names and personas is to disguise the fact that Porches is really about him and his beardy, self-consciously quirky, New York indie pop aesthetic.

Porches witnesses his artistic growth from lo-fi indie-pop upstart on the 2013 debut LP, Slow Dance in the Cosmos, to a deft practitioner of synth-laden sounds on Pool, swapping his out-of-kilter guitar sound for a synthesiser. Hardcore art school, that.

Released on indie label Domino (Arctic Monkeys, Franz Ferdinand, Caribou), Maine’s second album draws on the tedium of modern-day life and chronic malaise, subjects he is most likely very familiar with. As the title suggests, it’s centred on the theme of water. The opening track Underwater starts off with rippling synths and a conflicting thought: “Sometimes I see the vision/Sometimes you know I don’t.”

Braid is built on the post-party Balearic house beat that emerged in the mid-1980s and some cryptic lyrics about having “a dark muscle pumping the same, strange, blood”. Equally danceable, Be Apart finds Maine tackling an everyday conundrum of whether to go out and be sociable or stay in and be alienating. Here, the water imagery surfaces once again (“It’s got me so awake/The darkness hanging/Black water by my side/I will go out tonight”).

Mood echoes a similar sentiment (“Don’t know what I’d do/But I don’t want to be here/Don’t want to be here”) while the album’s highlight Car explores the notion of escapism with an infectious hook in which he forlornly cries “Oh, what a machine”.

We’re also treated to a series of mid to down-tempo numbers like Hour, Even the Shadow, Glow, Shaver and Shape. The last evoking the sort of weird and sinister vibes perfected by the now defunct Swedish electronic duo The Knife.

Maine tends to keep his words to a minimum, whether it’s the track names, which seldom exceed one word, or the actual lyrics. This minimalist approach can make the narratives sound monotonous and combined with his disengaged singing voice result in irritation rather than entertainment for the listener.

That said, however, Pool is still a welcome change from the run-of-the-mill, guitar-based indie records out there. Not only does it set him apart from his contemporaries, it’s also a testament to Maine’s artistic vision and his willingness to grow and expand.

The cold snap may now seem like a distant memory, but thanks to indie-folk quartet My Life As Ali Thomas and their new song Winter’s Love, we can relive those chilly days just before we head into the brutal summer. “Winter, hold this love of mine/Magic and the moonlight … Oh winter winds before I’m forever waiting/In a song you heard so fine/Once upon a December,” sings Kanyapak “Pie” Wuttara, her voice warm and comforting like a cup of hot cocoa on a brisk morning. 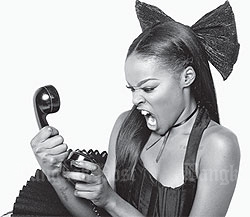 Since the release of her breakthrough smash 212, rapper Azealia Banks has yet to give us another jam that’s as addictive. Her current offering, The Big Big Beat, seems to be exactly that. Built on a ’90s thumping house melody, the song packs some serious punch as Banks praises her own physicality (“Look at these tiddies, double Ds, it's double Dutch”) while giving her rival a piece of her mind (“All of your facets you’ve so many faces/Bet your evil smile’ll convince anyone who sees”). Talking about killing two birds with one stone.

The UK trip-hop legends have teamed up with Mercury Prize winners Young Fathers on Voodoo in My Blood, taken from the former’s brilliant new Ritual Spirit EP. Here, the Scottish hip hop experimenters give the song a sinister edge with lines like “Voodoo in my blood is living,” “Why does the blood always stick to your teeth?” and “Sign of the wars is my grinning.” Apart from The Chemical Brothers and Beck’s Wide Open, this is another mighty fine collaboration we’ve had the pleasure of hearing this year. Watch this space for a full review of the EP next week.

Yeasayer/ I Am Chemistry

New York-based psychedelic rockers Yeasayer have returned with I Am Chemistry, their first new track since their 2012’s Fragrant World. Lifted from their forthcoming fourth LP Amen & Goodbye, the five-minute track features sitar and a children’s choir. The lyrics are a virtual Periodic Table of the, er, Periodic Table.  “I’m digoxin from the foxglove plant/The last remaining VX from Anniston,” frontman Chris Keating begins, “It’s a gas, a sarin for high tea/A C4H10FO2P puts you on your knees/A sulfur dichloride with ethylene.”

James Blake has finally unveiled a new song Modern Soul, the first taste of his forthcoming studio album Radio Silence. Staying true to his sonic aesthetics, the British soundscaper puts his spin on a backdrop built upon lush piano chords. “I had no idea of the difference between/The way I saw your face and the way it was,” he confesses before repeating, “I want it to be over/I want it to be over.” This is the kind of song that continues to haunt you long after it’s finished. 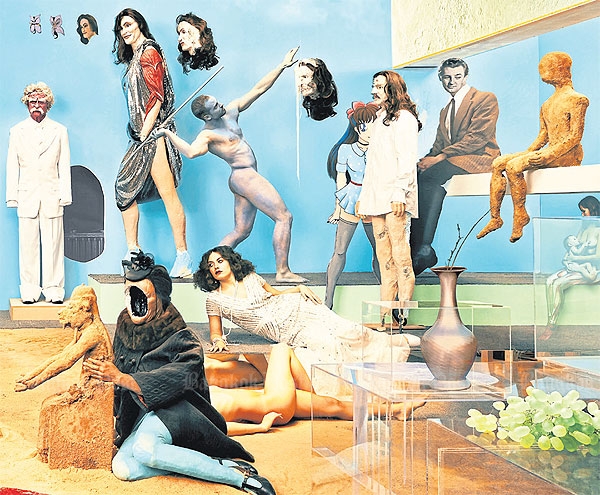