Last week, the Bangkok Metropolitan Authority (BMA) posted an order to evict the residents of the Fort Mahakan community within a matter of days. Immediately, journalists, activists, academics, and town planners rose in protest, condemning the BMA as philistine wreckers of a small but important part of Bangkok's battered heritage. 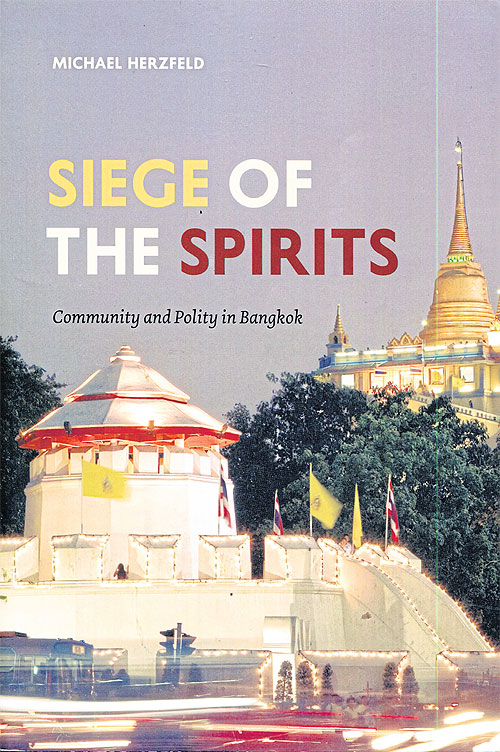 Siege Of The Spirits: Community And Polity In Bangkok

Only a couple of weeks earlier, this book -- Siege Of The Spirits: Community And Polity In Bangkok -- had appeared from the prestigious University of Chicago Press. Back in 2003, the very distinguished professor of anthropology at Harvard University, Michael Herzfeld, had been scouting for a research topic in Thailand. Behind him, he had a string of celebrated books on struggles between communities and states over heritage in southern Europe, especially Greece. He chanced upon the Mahakan Fort issue, becoming both its chronicler and a powerful advocate. Siege Of The Spirits is an intimate, engaging account of a small but symbolically important part of the politics of Thai heritage.

Herzfeld writes anthropology as if delivering a fireside chat, without a trace of jargon, and with humanity filling the frame. He narrates the negotiations between community members and bureaucrats in graphic detail. He dissects the vocabulary used by both sides. He places the whole issue within the framework of Thailand's present and past.

The Mahakan Fort issue is not new. The threat of eviction has recurred several times over the past 20 years. The plan to evict the community stems from a 1990s scheme to "beautify" the old city centre by clearing away the clutter that people create around historic sites.

The BMA has the law on its side, having gained ownership of the land under the law of eminent domain. Several members of the community accepted some compensation but then changed their minds about moving. The courts have ruled against the community every time. The BMA bureaucrats ridicule the residents' claim to be a "community" on the grounds that the settlement has no special historical importance, and many of the residents are recent arrivals, some from Isan.

But the BMA has no trace of moral authority for making this eviction. That is partly because the plan to replace the community with a tiddly park does not make much sense, and partly because the community has won widespread support for its claims to stay. They have labelled the site as a "community of ancient wooden houses". They have positioned themselves as guardians of this sliver of national heritage, irrespective of where they themselves come from and how long they have been there. The spirits under siege in the evocative title of Herzfeld's book are the occupants of the spirit shrines attached to these old wooden houses.

The bureaucrats of the BMA are cast as invaders, wreckers and vandals. With this message, the community has collected a tribe of supporters that includes journalists, academics, urban planners, moles inside the BMA, secret sympathisers in the Crown Property Bureau and a distinguished Harvard professor.

Herzfeld shows that the residents have succeeded so far in part because they have been very well-organised and well-advised, but he also argues that something bigger is at work. Law and bureaucracy do not go unchallenged in Thailand. Older forms of power based on moral authority and lateral networks are still at work in the background. On that basis, the Mahakan Fort community should be able to survive yet again, though the current military rule could make a fatal difference.

The BMA's order to evict the community is driven by the logic of legal right and bureaucratic process, but risks moral and social condemnation. Which of his predecessors does the current head of the BMA, MR Sukhumbhand Paribatra, wish to align himself with: Samak Sundaravej, who once, out of pure spite, had truckloads of garbage dumped on the community's attempt to make a garden, or Apirak Kosayodhin, who was in the midst of negotiating an honourable truce when forced to resign?

Professor Herzfeld's book tells the story of the community with great colour and verve, but also places it in an international context of community, state and heritage.