The ascent of Pyra

published : 2 Jul 2016 at 04:00
newspaper section: Muse
writer: Catherine Faulder
"If you want to do something and be satisfied, you have to do it yourself" - Peeralada 'Pyra' Sukawat (Photos by Pattanapong Hirunard)

'You need those storms to test whether your ship will sink or sail," said Peeralada Sukawat, known by her stage name Pyra. Named Apple Music Thailand's New Artist of the Month, the independent singer-songwriter and producer was contacted by tech giant Apple in April after it heard her song Fire. What unfolded in June was Apple's exclusive release of her first EP, Stray.

Battling depression, sailing uncharted musical waters and feuding with a mother who wants her to get an office job, there's a dreamlike fire burning in her eyes and a look of passion that's overwhelming.

"It all happened so quickly. One day I got a message from a spokesperson at Apple through Facebook. Who would have thought it could happen to someone with 2,500 Facebook likes?" she says.

The soon-to-be 24-year-old is producing a different sound of music from the mainstream altogether, on her own terms and without a label. 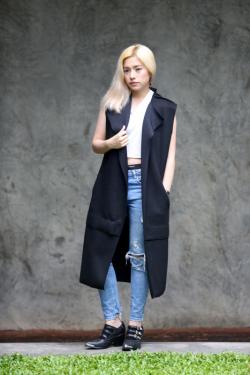 "I'm not a hippie, I'm not a hipster; my music is not pop, hip hop or alternative. I'm making my own subset".

Although still as spellbinding, her voice is also completely different from the innocent nine-year-old who was picked over thousands nationally to sing Kha Nam Nom, the Mother's Day song every Thai child and mother has etched in their hearts.

Unfortunately, the public display of affection expressed all those years ago hasn't saved the relationship today. In her mother's eyes, Pyra has made the wrong choice.

"It's the ones closest to you who will tell you can't. But I want people to know, if you don't have a family who supports your dreams, it's OK. They'll support you when you succeed. Success doesn't come calmly. Without war, the Roman empire would have never conquered."

While her mother focuses on money, Pyra crinkles her nose at the thought of making her music about the material.

"It's more about self-actualisation. I want to see something I expect of myself happen. The more people tell me I can't, the more I want to do it." She adds: "It's sad that my mother can't see that conquering this will give me the confidence I need to do everything else".

The young artist speaks just as honestly about her depression, something that has plagued her for a year now.

"For people who don't believe in depression, let me tell you, it's real. I cried for eight hours straight once and I just didn't understand why. It's a chemical imbalance". Aware of the stigma associated with it in Thailand, Pyra adds: "It's nothing to be ashamed of. Talk about it. Seek medical help and exercise -- that helps."

It was her lessons in singing, piano and guitar at MIFA music school as a young girl that sowed the seeds for her passion to flourish and keep her moving forward.

Her journey started many years back though, and wasn't as clear-cut a path, as the songstress had many talents. While singing regularly in talent shows and the school choir as a teen, Pyra was a diligent straight A student and also sporty, representing Ekamai International School's varsity volleyball, swimming and tennis teams. At 16, she got accepted at Chulalongkorn, her course's youngest student. Her thirst for musical knowledge didn't escape her though. In her final year, she decided to enrol herself in a night course at SAE to study Music Production.

"That's when things changed. I fell in love with electronic music," she explains. "I had only ever known R&B and jazz up to that point. Then I converted to electronic." Aged 20, she graduated with first class honours in Communication Arts and a diploma in music production. But she admits she still can't read music. 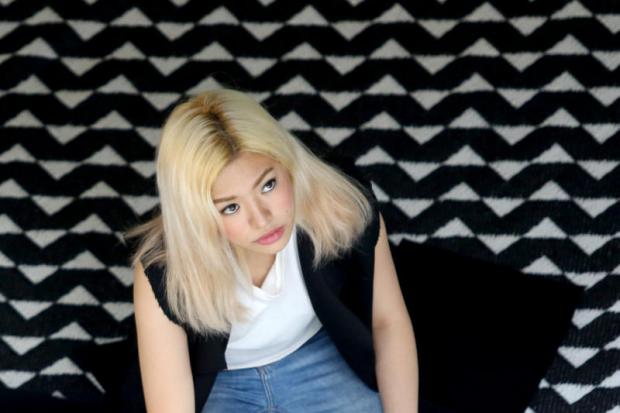 "You don't need to, to be able to make music," she confesses. "Anyone with passion can do it. If you know you're talented and you're doubting yourself, use your ears. It's all about sense and style. And take advantage of this age of information. You don't need to pay money to learn any more. YouTube can teach you everything".

It didn't take her long working with a few music labels to realise she wanted to make it on her own. The classic case of "label inhibits artist's musical freedom", alongside working with people who didn't share her vision, sounded the death knell for Pyra.

"If you want to do something and be satisfied, you have to do it yourself. You cannot depend on others."

She took full reign of the entire process a music label would usually handle.

"I control everything from producing the music and forging relationships with other artists, to making my music videos and handling my PR. It takes longer because I don't have the same connections and the money as a big label would. But I now know a lot of things most artists don't.

"And, I'm in full control of my success," she smiles.

Drawing from a broad palette of influences, Pyra's voice has remnants of a soulful 60s blues diva. It's altogether obvious her favourite singers are the likes of Ella and Amy. She raps and sings in Thai and every so often weaves in haunting English couplets in tuneful melodies that float over airy pop electronic synths and dark two-step beats she orchestrates herself on Ableton Live.

Creating without filter and without compromise she further uses her music as a vehicle to explore all the things she isn't as well. With the EP's second song Stay, she acts out a vulnerable and psychotic girl who has a guy in her complete stranglehold, played by featuring rapper Twopee Southside. Shrouded in Thai lyrics, the song's chorus wails: "I want you to stay."

"The worst criticism I've had about my music is people saying, 'I just don't get it'. A big radio station here even refused to play Stay a few months back because they couldn't figure out what category I fell into.

"It doesn't bother me at all though, I know it's the point. I don't make music for people to understand, I make music for me, with the hopes that some people will be able to appreciate it as well. Music is art and art isn't appreciated by the masses, but by the few."

After whirlwinds of hesitation and self-doubt, the storm for now has calmed and she can see the light -- doing what you're most passionate about is worth it.

"This EP release reinforces that I am on the right path. Before I was scared, but now I think doing something completely different is a good thing. People shy away from what they don't know, but being the first to do something means a lot. I'm inventing something new and people respect that."

Her creative process runs contrary to most musicians. "I like working in the mornings after a good night's rest. When it comes to creating, sleep saves you. I'm not one to burn my candle at both ends."

The EP's song Levitate is her testament to the courage it took for her to follow her dream; the song starts off with Thai lyrics: "Many have dreams. But few are daring enough to venture into the vast and unknown." Pyra explains: "It's like going on a journey without knowing the final destination. People are scared of getting lost."

One of the main reasons she has decided to crowdfund her second EP with Asiola -- due to be released at the end of the year -- is because of the difficulties she experienced self-financing her music for Stray. This was especially true when it came to making the music video for Levitate, an enchanting and rose-hued piece set in the wide open spaces of a forest in Bang Saen, Chon Buri.

In the video, a pink-haired Pyra reaches up to the branch of a tree and grabs an ominous looking black feather, symbolic of her leap of faith into the unknown. As she mimics floating into the clouds with the black feather, she sings: "If I can, so you can."