A proud heritage on display

Thailand's leading mobile-phone operator, Advanced Info Service (AIS), recently celebrated the 12th anniversary of AIS Serenade, the company's loyalty programme, which features various trendy lifestyle activities exclusively designed for its customers, with the launch of its latest "Ultimate Pride" campaign. To launch the campaign, AIS Serenade took a group of privileged members to experience the "7th Arts Of The Kingdom", a unique exhibition of Thai masterpieces at the Ananta Samakhom Throne Hall.

Invited guests were all beautifully dressed in traditional Thai costumes fit for the occasion. They were welcomed upon arrival at the Ananta Samakhom Throne Hall by the AIS team, who escorted them to the reception pavilion for refreshments. Part of the pavilion serves as a shop selling souvenirs featuring handicraft products created by artisans trained at the Queen Sirikit Institute, as well as The 7th Arts Of The Kingdom and the Borommangalanusarani Pavilion book by renowned historian Acharn Paothong Thongchua.

The Ananta Samakhom Throne Hall is a royal reception hall within Dusit Palace. The group was welcomed here by Thanpuying Supornpen Luangthepnimith, deputy private secretary to HM the Queen, in her capacity as head of the working committee for the "7th Arts of the Kingdom".

Acharn Paothong was an honorary guide for the one-hour walking tour. He started by providing the hisotry of Ananta Samakhom Throne Hall, followed by details including concept, craftsmanship and technique used in the crafting of each room and each masterpiece on display. The session was an in-depth educational opportunity which greatly enhanced the experience on the precious arts and crafts of Thailand to all who attended.

On this occasion, AIS, represented by Bussaya Satirapipatkul, executive vice-president of customer and service management, presented a 1 million baht donation to Thanpuying Supornpen to support the preservation of traditional arts and ancient works.

The "7th Arts Of The Kingdom" exhibition showcases rare and stunning Thai traditional artworks such as gold and silver nielloware, damascene inlay, enamel work, weaving and embroidery created by artisans trained at the Queen Sirikit Institute.

Two must-see showpieces are the newly constructed Borommangalanusarani Pavilion located on the grounds of the Throne Hall and the Iridescent Beetle Wing Room, the new masterpiece inside the Throne Hall. The Borommangalanusarani Pavilion, named by HM the King after a spire-roofed pavilion built to commemorate auspicious occasions, celebrates the 70th anniversary of HM the King's accession to the throne, His Majesty's 90th birthday, HM the Queen's 84th birthday, the birthdays of Their Majesty's children and the 100th anniversary of Ananta Samakhom Throne Hall.

The pavilion is the first in the history of Thailand to be topped with nine spires, symbolising the ninth monarch of the Chakri Dynasty. The use of material is rarely found in Thai architecture. Though the entire structure looks like it is built of wood and cement, it is in fact, built entirely out of metal alloy that was moulded from wooden models carved by the artisans of the Queen Sirikit Institute.

Along the base of the pavilion are metal statues of the 10 auspicious albino elephants of the current reign. On each side of the pavilion is a pool representing the Anodat in the Himaphan Forest south of Mount Meru, centre of Buddhist cosmology. Each of the pools has a bronze statue -- an elephant, a horse, a bull and a lion -- representing one of the sources of the four rivers in the lands south of Mount Meru.

The Iridescent Beetle Wing Room is the new addition at the entrance to the main hall of the Throne Hall. The room is divided into three sections, with walls and columns completely adorned with lustrous beetle wings taken from malaeng thub, or metallic wood-boring beetles that have died naturally in their habitat.

Tickets to the "7th Arts Of The Kingdom" at Ananta Samakhom Throne Hall are priced at 150 baht, to view the two new highlights along with the other invaluable artefacts of Thailand's current dynasty. The exhibition is open Tuesdays to Sundays, 10am-5pm, with tickets being sold until 4.30pm. 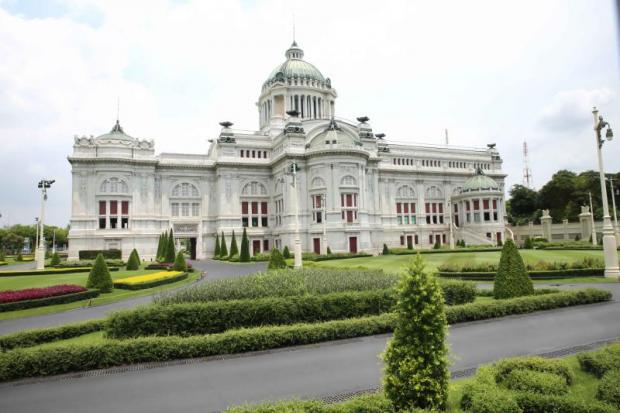 The Ananta Samakhom Throne Hall is a royal reception hall within Dusit Palace. 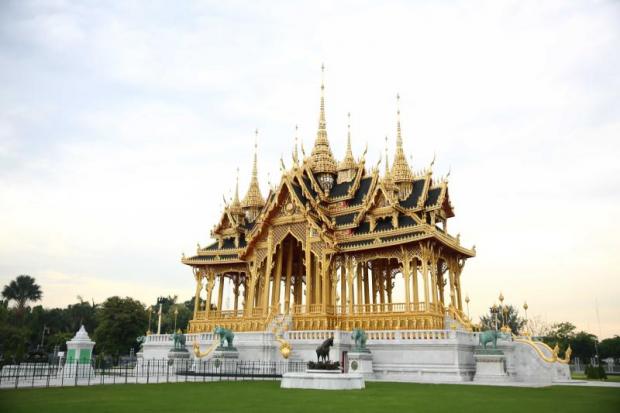 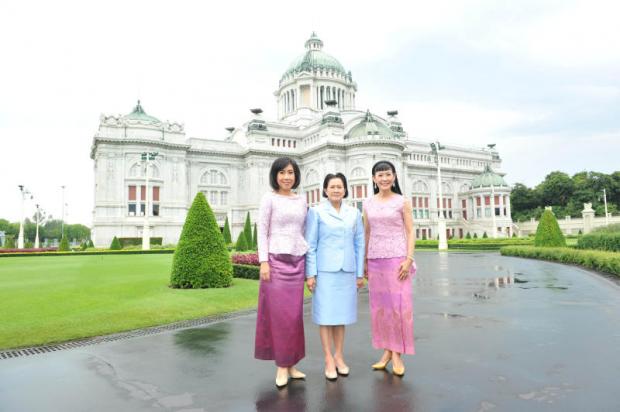 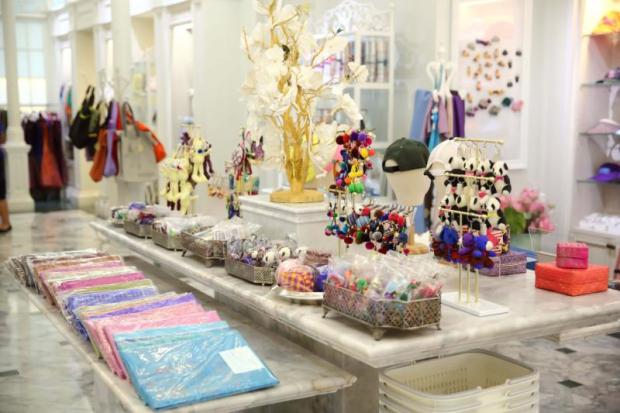 Part of the products created by artisans trained at the Queen Sirikit Institute. 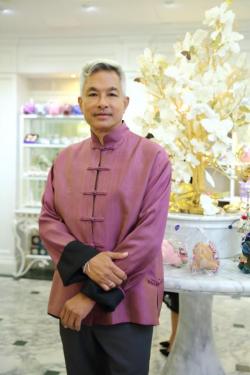 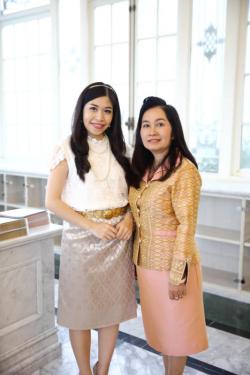 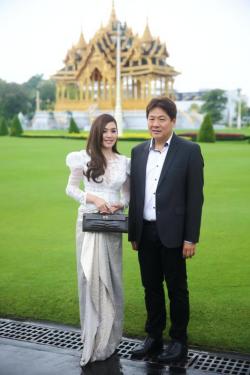 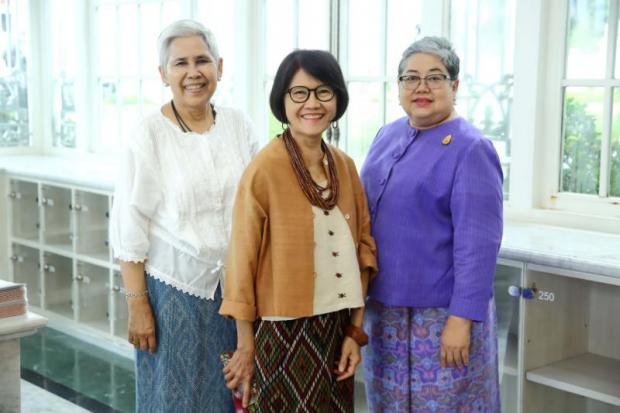 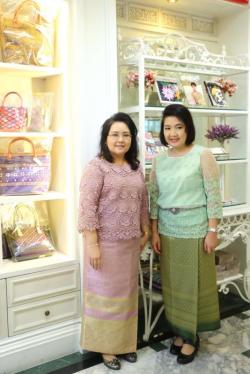 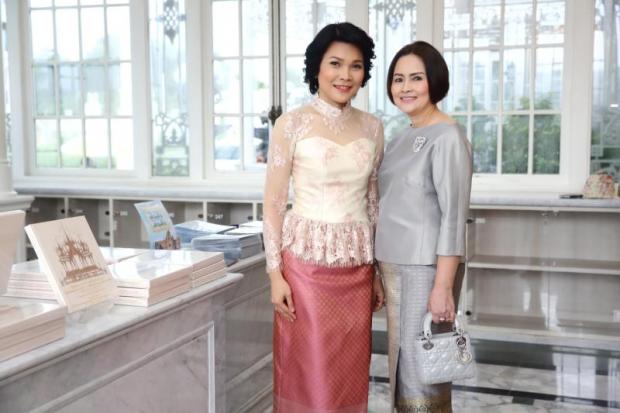