From a haunted photographer in Shutter to the adorable lover in Chua Fah Din Salai (Eternity), Ananda Everingham has been everything to everyone. But now for the first time, in taking on the role of the legendary police officer Phantharak Rajjadej in Khun Phan, he is playing a character based on a real person.

Phantharak was a renowned crime fighter in Nakhon Si Thammarat and the South who lived to be 108, claimed to practise white magic and producing amulets that are in demand to this day. This caused the Australian-Lao actor to hesitate, and it was only after discussions with director Kongkiat Khomsiri that he agreed to join the project.

"I've never played an actual person that had importance in Thai history before, so I was conflicted and not quite sure if I could do the character justice given that I'm not Southern, nor biologically Thai," Ananda said.

"It took me a while. I had to speak to the director himself and have him explain what his vision was for the character. I didn't know much about Khun Phan back then, but one thing I knew for sure was that I look nothing like the real-life Khun Phan."

The director -- a long-time friend of Ananda whose previous works include acclaimed films like Long Khong, Chai Ya and Slice -- managed to put him at ease. 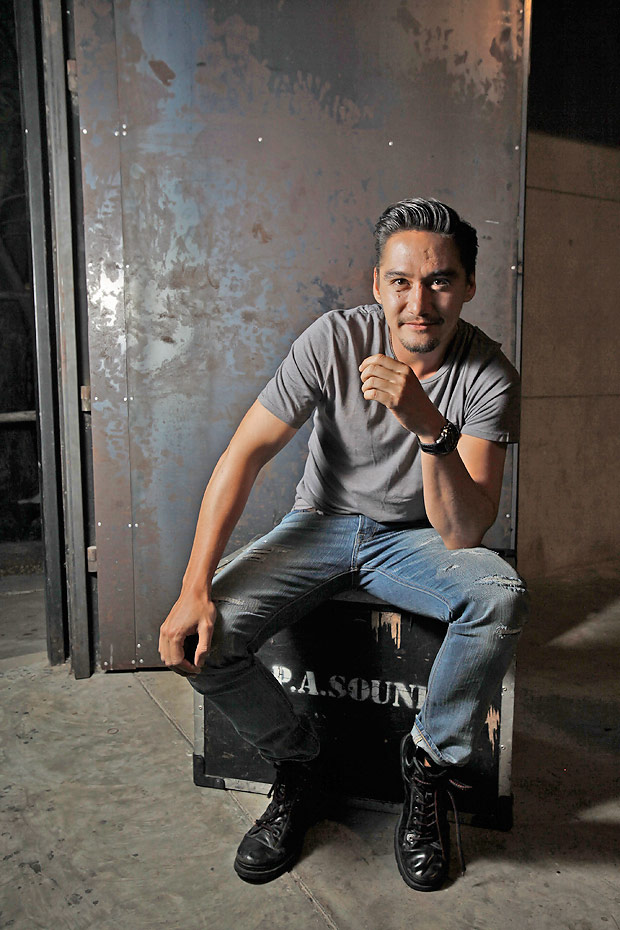 "Pi Khom explained that his vision was to expand upon the legend of Khun Phan, so it's not some kind of biopic. It's just about the legend.

"After doing a bit of research and reading about Khun Phan's history, what I did then was use his history merely as an inspiration for the role instead of embodying the character according to the real person. In other words, we created a brand-new character inspired by the legend.

"Once I knew the intention was to focus on the legend, the pressure of conveying his nonfictional character was gone. If anything, the real pressure probably was when the studio heads said, 'This is going to be amazing. This is going to make millions and millions,' " the actor joked, breaking into a convincing imitation.

Having established his own production house and having had plenty of experience on both sides of the camera over the past decade, the 34-year-old actor knows this is the nature of the business -- there is a big name attached to an epic tale.

"I just go to work. It's normal that with bigger projects, bigger budgets, there's more pressure, not just on a certain actor but on the whole team, on the studio, on everybody. These projects are definitely not the easiest. They require a lot of time. 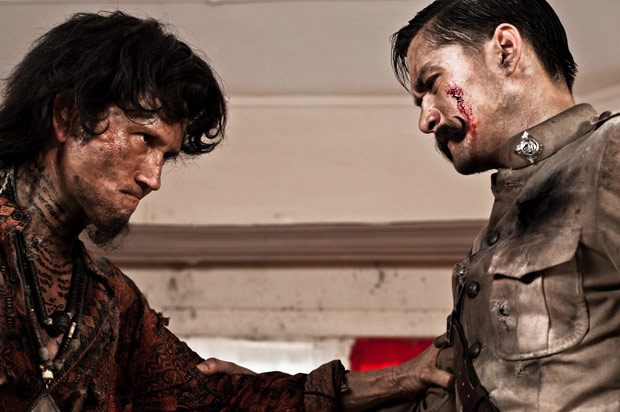 "We started the film about three years ago. It took nearly a year and a half to wrap. There was also a lot of CGI work, which took months and months on top of that. Not to mention the editing and re-editing. The whole post-production period was in fact the longest.

"To be honest, a great thing about that is I have no idea how the movie is going to come out because filming was so long ago that I don't even feel like I'm in the movie.

"When I look at the poster, I'm like, 'Man, that's not me,' " he laughed. "Which is nice, you know. Normally, during interviews and press conferences, everything is quite vivid >> >> in my mind and I feel like I'm still in character. But this time it's more like, 'Oh, that's interesting. I've never come to my screenings feeling like this.' It's strange but it's nice. I even feel like I can be part of the audience."

The actor finds the man he portrays fascinating in a strange kind of way. For Ananda, Khun Phan is definitely not your average hero.

"If the historical accounts are correct, this character and the actual historical figure was a violent character, which is the trait I found to be quite intriguing -- not in the sense that I wanted to impose violence, though.

"For somebody who is a man of the law, he's quite openly violent. His ideology was very similar to that of Judge Dredd, who was a cop and a judge at the same time. And Khun Phan definitely has that ruthless, very black-and-white way of judging who he thought of as a criminal."

Famously, before taking out a bad guy, Khun Phan would tell him, "If you promise to quit this life and join the monkhood, I promise to catch you alive."

For Ananda, this line amounted to "If you don't quit, then you're gonna die."

"The fact that the character has this kind of ideology is quite interesting because normally history-based hero films are not this dark. In this film, I think my character's death toll is even higher than that of the bad guy, Pi Noi's [Kritsada Sukosol Clapp] character." 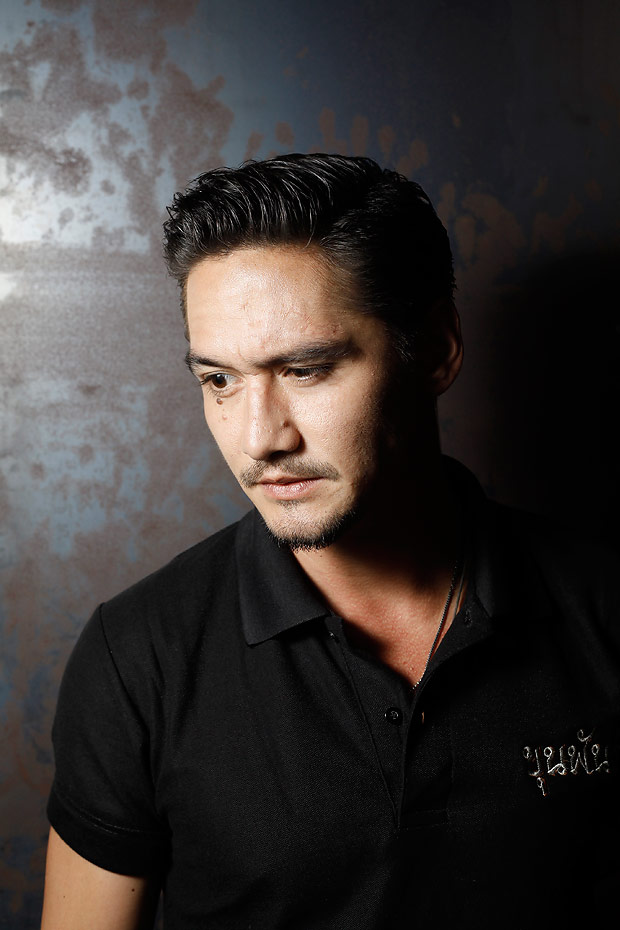 Ananda also delighted in having Kritsada, or "Noi of Pru", as his on-screen enemy, saying he was intrigued even before they met.

"There's just something very vividly different about him. And it was one of the reasons for me to take on the role as well. I wanted to work with him, be around him and see what process he goes through. I've always felt like there is a little bit of a crazy element in Pi Noi, and there actually is. He's one of the most intense individuals you've ever met. You see, he's so soft-spoken and such a nice guy, but when he turns it on, it's on.

"It's fun to be on set with somebody like that, because it keeps you on your toes. Because if the concentration is not there, you end up being a spectator, like you're in a scene with him but end up just watching him, which is not what you're supposed to do."

This is Ananda's second hero movie after The Red Eagle, a 2010 film set in a hard-to-imagine Bangkok of 2016 where crime, chaos and corrupt politicians run rampant. Ananda plays a vigilante hero determined to stop evil forces from setting up a nuclear-power station against the wishes of villagers and environmentalists. Despite both characters having heroic qualities and their own brand of justice, the dashing actor is not ready to be cast as the representative of Thai superheroes just yet. "I think it's more of a coincidence. And they are very different films. The Red Eagle was very stylised, quite modern and even a little bit campy, while this one is raw, giddy, bloody and dirty. I would say this one is less of a superhero movie than The Red Eagle."

Another reason we may not see Ananda in Superman-style Spandex any time soon becomes apparent with a look at his filmography -- he seems especially attracted to period films. Several of these, like Chua Fah Din Salai and U Mong Pha Muang, are even considered landmarks of the genre.

"I guess partly it's because it's just hard to find this type of film nowadays," he said.

"For me, a film is something you need to buy a ticket to and go watch, which means it's special and shouldn't be taken as just an idea. Movies should be considered as a full process, including costumes, sets, action, etc. I feel like -- and this may sound like a traditional way of thinking -- period films are the epitome of what a film should be. Of course, there is a variety of films, but admittedly I just have a soft spot for films like this. I love films like Gone with the Wind and Lawrence of Arabia. So every time I have a chance to do one of these epic types of projects, I try not to miss out because they are not common anymore."

As a producer, however, Ananda is determined to keep his personal tastes out of the decision-making process.

"I'm not there to say I like this better than that. That's not how I see it. When I'm at the office, work is work. I have many staff who I need to take care of. If our objective is a rom-com, or even a chick-flick, so be it. Right now I'm doing a project for HBO called Half World, which is about vampires. So we'll make the best vampire TV show out of it. It just happens to be that these are the flavours of the day in Thailand and around Asia right now.

"And we do have our specific standard for work. If I were squeezed into making your typical lakorn, then I would have an issue with that. At the end of the day, we need to find and do something that inspires people. That's where the satisfaction happens."

"It's like you're complaining about Jake Gyllenhaal being the Prince of Persia. I mean, he's definitely not Persian.

"If there's a giant, demon mummy that can come out of the sand, then it's fine -- Jake Gyllenhaal can be the Prince of Persia, and I can be a southern guy.

"I believe as long as the film holds some form of value with the audience -- be it entertainment or something more eccentric, that's OK. As long as you don't come out feeling like it's a waste of time."

Besides acting, Ananda has been busy behind the scenes producing and directing, and in his job away from the industry as the owner of the Yayee Hotel in Chiang Mai. His production house has gained attention lately for its move into TV, with series that break the mould for the Thai industry.

"I'm aware that my persona in Thailand is fairly mainstream, so I wanted to find a way to help push Thai TV series to go further, and that's why a lot of people know me as a producer now.

"But the thing is, I've actually been doing it for a long time. We do commercial works like TV series and short films. We also do a lot of work abroad, as well as for international organisations like Unicef and the UN."

Being active and constantly in demand is in some ways an actor's dream, but the hard-working star can see himself enjoying a simpler, less busy future.

"I know this may sound a bit pretentious, but life can be overwhelming and exhausting, especially when opportunities arise," Ananda said.

"Everybody talks about this idea like, 'If I get this chance, I would fulfil this and that.' But I'm telling you that it's freaking exhausting. I'm not complaining but I look forward to the day when I can get a bit of rest, slow down and be able to work on the hotel more."

The question of when he will settle down, and with who, is an open one. Ananda still has no plans for marriage.

"I'm not quite ready for it. My goal at the moment is something different -- a change of pace. My office shoots about 200 days a year, with each day taking more than 16 hours. This is not including my own personal schedule and all the preproduction and post-production. So, there are hardly any days off.

"It's not a good way to live life. I mean, it's good now when you have the energy for these opportunities. That's what I mean when I say that when opportunity arises, sometimes it's not as easy as you think. To fulfil that requires a great load of work.

"For now, I only want to pass all this hustling and finally reach a point where everything is simpler -- where I can fully relish life. Working at the hotel is something I'm very interested in, so maybe I'll open a new Yayee Hotel soon."

US artist examines the art behind architecture

NFTs in spotlight at RCB auction