These pictures have never been unveiled before, until now. Forty-five rare photographs developed from wet- and dry-plate collodion in the collection of the National Archives of Thailand testify to the development of women's fashion in early 20th century Siam in conjunction with the Western style. The elegant, enigmatic pictures are currently on view at the exhibition "Chattharat Phattraporn: Looking Back To Women's Attires In Global Fashion" at the National Library's Vajiravudhanusorn Hall. The show runs until Oct 10 and is held to celebrate Her Majesty the Queen's 84th birthday.

A collaboration between the Fine Arts Department, the King Vajiravudh Memorial Foundation, the Bejaratana-Suvadhana Foundation, Vajiravudhanusorn Hall and the National Archives of Thailand, this 60-day exhibit is a historical account of Thailand through the beautiful clothes of royals and elite during the reign of King Rama VI (Vajiravudh), which corresponded to the proliferation of international fashion and how it was blended into the Siamese wardrobe culture.

The 45 photos -- curated by historian Thongthong Chandrangsu and fashion expert Lupt Utama -- are an interpretation of the period and its social context relating to fashion in the 1910s. 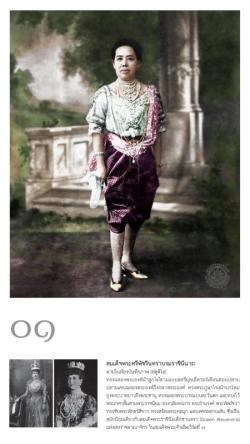 "Siam joined World War I and had a number of foreign-educated citizens who returned from abroad as well as foreign traders and stores," says the curator. "Siamese princesses and noblewomen were subscribers of foreign magazines. Fashions for clothes, hairdos and shoes from abroad arrived in the Sixth Reign."

Fine Arts Department director-general Anandha Chuchoti said that the National Archives of Thailand keeps tens of thousands of collodion, which now serve as a visual heritage. The organisers requested permission from the department to present the photos focusing on stories from the Sixth Reign, which was when modernity came to Siam.

As explained by the curators, Thongthong and Lupt, the chronology of the photographs can be divided into three sub-periods, each matching with emerging trends of fashion in Europe.

The early part of the Sixth Reign (1910-1915) was the same period as the late Edwardian Period (the reign of King Edward VII of Great Britain, from 1901-1910) and the Early Teens Period (1911-1915). That was when western women started to don corsets instead of bustles (bird's cage-shaped supportive structures for skirts), had a big hairdo with a hair bun and wore numerous pearl necklaces. Women's fashion in Siam at that time -- a clever mix of both worlds -- is clearly seen from the photo of HM Queen Saovabha Phongsri of King Rama V wearing a European-style shimmering lace blouse, matched with a Thai-style jongkraben trouser, with knee-length white stockings, a stylish pair of high-heels and topped with a traditional short hairdo. She wore a profusion of diamond and pearl necklaces, resembling Queen Alexandra of King Edward VII.

"Siamese women hadn't fully adopted Western style, because it was the time of heavy colonialism and to dress 100% like Western ladies might seem inappropriate," says Lupt at the opening. "Instead they mixed both Thai and Western styles." 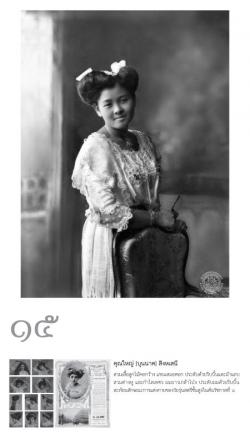 The middle part of the Sixth Reign coincided with what fashion experts know as Late Teens Period (1915-1920). European fashion then was shaped by the impact of World War I as well as the global economic downturn. Women used clothes prepared from simple patterns and fewer fabrics in order to reduce luxury and use less labour. Blouses were hip-length and loose while skirts became shorter (above ankles). Since 1917, zippers have been widely used. In Siam, tube skirts, or pha sinh, became as popular as jongkraben among women who put up their long hair as a hairdo above the neck. An outstanding example of this was the photo of Queen Rambhai Barni of King Rama VII when she was MC Rambhai Barni Svasti.

Princesses wore silk tube skirts and loose knee-length silk and lace blouses decorated with ribbons, beads or pearls and headdresses made of plain fabrics or diamond-studded fabrics or pearls, small necklaces with lockets and wristwatches.

Women's fashion in Siam during the last five years of the Sixth Reign between 1920-1925 was influenced by the European fashion called flappers, or the Early Art Deco period. Women's clothes became more geometric and decorated with beads as a result of the archaeological discovery of Egyptian costumes in the New Kingdom Period. It was the time when jazz was popular globally and the silent movie culture took hold in Siam, where foreign-educated people brought a modern lifestyle.

A good example is the 1924 photo of HRH Princess Suvadhana, royal consort of King Rama VI, wearing a sleeveless and long art deco cocktail dress, a belt around her hip, an ostrich feather-decorated diamond tiara, a diamond necklace, an engagement ring and a royal decoration.

Although the Sixth Reign lasted only 15 years, the period clearly reflected women's fashion through daily life, ceremonial clothes and stage theatre costumes as well as photos. Siamese women dressed according to modern international fashion standards while maintaining Siamese uniqueness, and enjoyed better status and bigger roles in the society.

"Her Majesty the Queen is a fashion leader in Thailand," says Thongthong. "Traditional Thai costumes designed by Her Majesty beautifully combine traditional styles and modern culture in harmony. This concept is similar to King Rama VI's policy to ensure equal rights for Siamese women just like Western women."

The "Chattharat Phattraporn: Looking Back To Women's Attires In Global Fashion" exhibition will be held at the National Library's Vajiravudhanusorn Hall until Oct 10. It is open to the public free of charge during official hours on weekdays and 10am-5pm on Saturdays. It is closed Sundays and official holidays. 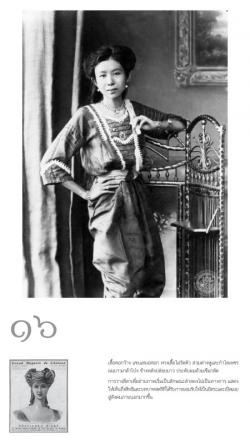 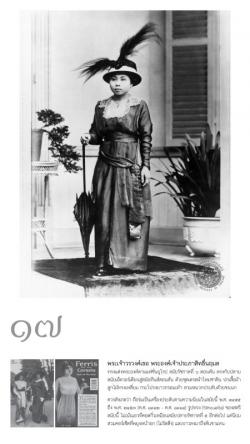 A Siamese princess in an Edwardian costume. Chattharat Pattraporn Exhibition 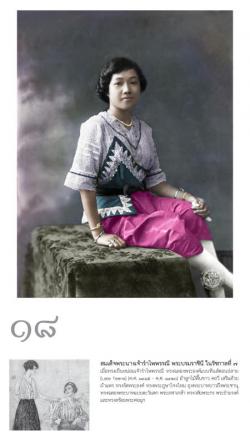 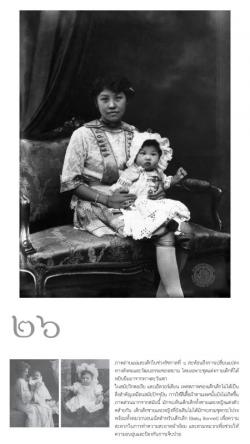 A woman holding a baby in a Western-style bonnet. Chattharat Pattraporn Exhibition 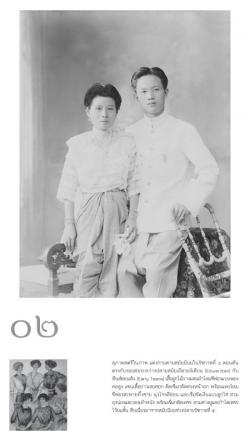 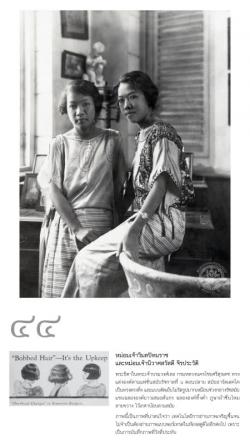 Two princesses with a bob hairdo pose for one of the very first photos taken outside studios in Siam. Chattharat Pattraporn Exhibition 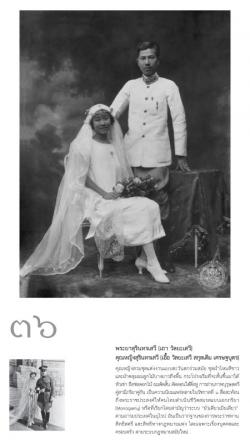 A Siamese bride in a Western-style wedding dress with her groom. Chattharat Pattraporn Exhibition 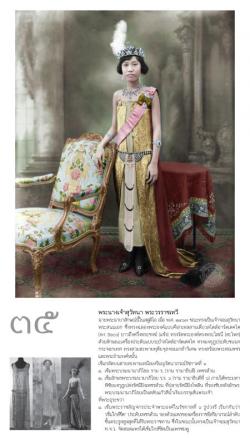 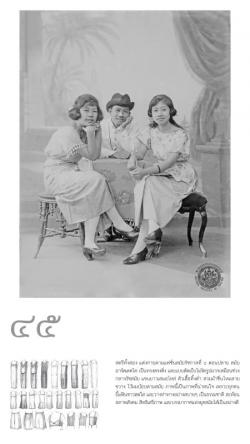