To mark World Diabetes Day on Nov 14, a specialist underlines the role of self-care as part of the cure

Like several other lifestyle diseases such as obesity, diabetes is no longer the sickness of Westerners. In Asia, its prevalence has constantly been on the rise.

"Data on diabetes has changed drastically in recent years," said diabetes specialist Dr Ekgaluck Wanothayaroj. In 2000, there were about 171 million people around the world reportedly suffering diabetes and it was expected in that year that the number could reach 366 million by 2030. In reality, the number of diabetes patients has already reached 366 million in 2011 -- 19 years earlier than predicted.

"The latest statistics reveal that last year there were 415 million people around the world falling victim to diabetes," he added. "It is speculated that the number could climb up to 642 million by 2040."

Although diabetes is not contagious, according to the doctor, it has become a non-communicable epidemic -- a consequence of similar behaviours among modern people, especially poor eating habits. Back to Thailand, figures from the International Diabetes Federation revealed, of around 49 million Thai adults, approximately 4 million were reported to have suffered diabetes in 2015. An average medical expense for one patient is 12,600 baht per year. The prevalence of the disease in Thailand is the second highest in Asean countries, after Indonesia.

Despite the soaring figures, Dr Ekgaluck said diabetes can actually be put at bay if doctors and patients work hand in hand.

"This is a disease that requires two-way communication," the specialist commented. "It requires multidimensional care, including around diet, medication, emotions and lifestyle. Patients must be made aware of the significance of regular blood sugar monitoring as well as prevention."

Diabetes is a disease in which blood glucose, or blood sugar, levels are too high either due to the body's inadequate production or intolerance of insulin, a hormone made by the pancreas that helps the glucose, which comes from food we eat, get into cells to give them energy.

According to Dr Ekgaluck, obesity is responsible for a large number of diabetes cases given obesity can lead to hormone dysfunction. Particularly in Thailand, a lot of parents still cling on to the belief that fat kids mean healthy kids. They probably fail to realise that fat kids are also highly likely to grow up and become fat adults.

There are four types of diabetes, added the doctor. With Type 1 diabetes, the body does not make insulin. Type 1 diabetes can be found since childhood but it is rare in Thailand -- only less than 5% of Thais are diagnosed as suffering the illness. When diagnosed, patients need four insulin injections a day, prior to each meal and before bed, to help clear glucose from the blood.

Type 2 diabetes or the more common type is when the body does not make or use insulin well, resulting in glucose still staying in the blood. This type can mostly be detected in obese adults. The third type is diabetes in pregnant women -- a result of hormonal change during pregnancy which affects insulin -- but will go away after delivery. Last is diabetes from other factors, including medication use and a pancreas operation.

Type 2 diabetes is the country's major public health concern, said Dr Ekgaluck. It can be hereditary but is mostly a consequence of people's behaviours and unhealthy lifestyles, such as lack of exercise and careless eating.

"And when glucose in the blood is too high, over time it damages blood vessels which subsequently leads to the malfunction of several organ systems," he explained. "If small blood vessels are damaged, it affects the eyes, kidney and feet. In case of large blood vessels, the brain, heart and legs are at risk. In serious cases, patients might have a stroke, heart attack or require limb amputation.

"No matter how well we create our healthcare system to handle diabetes patients, it's not enough if patients do not control the level of sugar in their blood."

This means regular blood sugar monitoring is paramount both for medical practitioners to know how to adjust the treatments and for patients to adjust their eating habits. At hospital, doctors usually prescribe a blood test to check the A1C level which is a three-month average of blood sugar levels. It is a standard blood sugar monitoring test, which is available in all hospitals nationwide. If the A1C result is high, it means the patient's blood glucose level in the period of three months is not under control.

But the A1C result alone, said Dr Ekgaluck, is not enough to pinpoint if diabetes treatments succeed or fail. A patient may behave so well only three days before the A1C test, which does not mean anything. Therefore, home blood glucose testing for people with diabetes, which is medically recognised as Self Monitoring of Blood Glucose (SMBG), is crucial for accurate and effective diabetes control scheme.

SMBG usually comes in the form of a glucose meter or glucometer, a small hand-held medical device used to measure the concentration of glucose in the blood. The patient only needs to prick a finger using the lancet provided with the glucose meter, then place a drop of blood on a test strip. The meter will then read the results. Glucometers are available in all major drugstores across the country.

According to Dr Ekgaluck, those who must have regular SMBG tests are children with Type 1 diabetes, diabetic pregnant women and people who have hypoglycaemia (low blood sugar, which might result in occupational risks such as fainting). SMBG tests are also recommended for Type 2 diabetes patients who are either on or off insulin injections but are willing to control their blood sugar level.

"Blood glucose testing by means of glucometer should be best done two hours after each meal," said the specialist. "If the glucose level is less than 180mg/dl, it means the glucose can be cleared from the blood properly. This technique will also help patients figure out what, where and how much to eat. For example, a patient eats this particular dish at this particular restaurant and two hours after that he tests himself. If the meter shows the result way beyond the safety threshold, it might suggest that the dish he ate is too sweet. On the contrary, if it shows satisfactory results, it means the patient can continue eating this dish at this restaurant."

There are several other technologies, such as smartphone applications, that help keep track of blood sugar levels for proper treatment plans. A number of applications, such as Glucose Buddy and Diabetes in Check, function as a diabetic log where patients need to self-test and then keep a record of the results. Some applications, such as Accu-Chek Connect, have been further developed so that it does not need manual recording but can bring data directly from the patient's glucometer.

Despite all the innovations, Dr Ekgaluck stressed that the self-monitoring of blood sugar indeed plays a pivotal role in the adjustment of both the doctor's treatment plan and patient's lifestyle. If diabetes patients really want to get cured, then they should make the self-test as part of their daily routine.

"Self-monitoring of blood glucose should be part of diabetes patient's self-care," he concluded. "When it comes to diabetes, patients must play a part in the treatment plan. And when that happens, chances that the disease will go away are quite high." 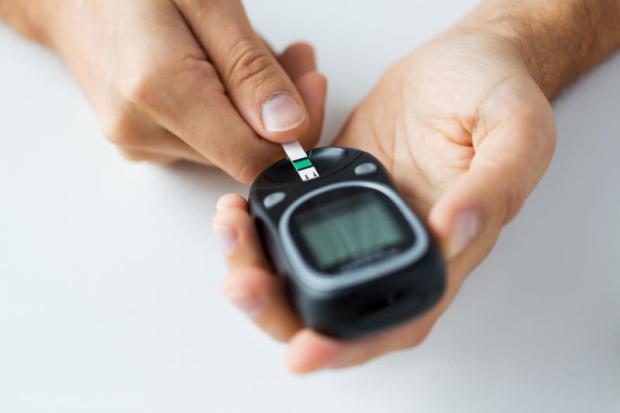