When the price isn't right

Various schemes have been launched by well-meaning people to purchase rice directly from struggling farmers and give them a fair price. But is this a long-term solution or just a quick fix?

Regardless of the market price, khao remains a symbol of life and sustenance, of joy and sometimes pain, especially for farmers who tend to the minuscule grains. Rice is in our mouths, but given its economic and cultural importance, it also occupies a special place in Thai people's hearts.

That's why when poor rice farmers face problems caused by our unpredictable climate and ill-conceived state policies, there is uproar, and lately a pattern has emerged: the urban middle-class, out of altruism or sentimentalism, rush to purchase rice directly from farmers while cursing the middlemen, or turn against the government for failing to help farmers. The phenomenon first happened two years ago after the debacle of Yingluck Shinawatra's rice-pledging scheme. Last month, when rice prices tanked to the lowest in two decades, city people again rushed to set up campaigns to help buy rice from farmers, while some celebrities acted as middlemen and sold rice on Instagram to shore up the price.

In other words, if the existing system of farmer-middleman-miller-exporter is damaging to the people at the base of the pyramid, these campaigns and movements aim at short-circuiting that broken machine.

But how? And do the quick-fix, well-meaning schemes get to the root of the problem? Here we take a look at some of the most popular and creative campaigns to help farmers over the past month.

The most popular campaign this year is known as "Khao Look Chaona" (meaning "Rice Of Farmers' Offspring"). "Khao Look Chaona" is not the name of a website or campaign: it is a term coined by Decharut Sukkumnoed, lecturer on economics at Kasetsart University, to define a new rice-trading model to help farmers and the state sell over 10 million tonnes of rice inventory. 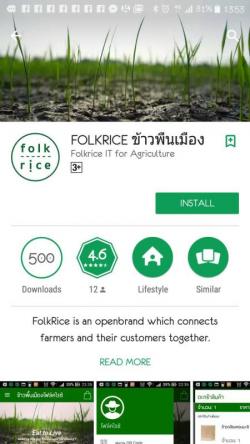 "Anyone can call their products 'Khao Look Chaona'," said Decharut. "The main idea is about providing new opportunities and space for rice farmers to sell their remaining stock by using new business models such as direct sales, contract farming or even start-ups."

Decharut came up with the idea in October when the price of white rice fell spectacularly to 5,000 baht a tonne. On Oct 25, he posted on his Facebook page inviting people to form networks and promote the idea in public.

"I do not sell rice. I am a change agent that encourages society to think about how to help rice farmers and how to drain the rice stock," said Decharut.

The lecturer says he does not look ahead that much into the future.

"There are many farmers who will leave the campaign when the state hands out subsidies. But then, there are a few farmers who have launched their rice-selling start-ups [to cut out the middleman]. There will be quitters and survivors," said Decharut.

Currently, the junta government has started giving subsidies, and many farmers already stop their direct sales approach. But Decharut says the campaign must continue regardless.

"The problem will return again after the harvest season in December. Huge amounts of rice will be flooded onto the market again. So, we need to drum up support asking people to help buy rice from farmers again." 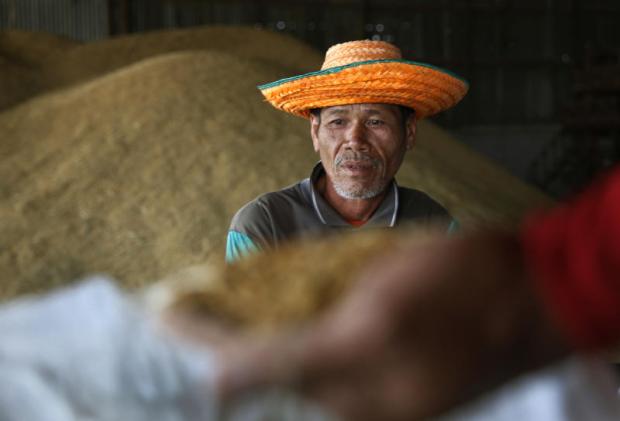 In this Wednesday, Dec. 4, 2013, photo, a collection center worker looks at the quality of rice as a Thai farmer, center, watches in the northeastern province of Roi Et , in Thailand. Thailand will see a 17 percent jump in its rice stockpiles to a record level next year as it pursues a policy of buying from farmers at above market rates, the Food and Agriculture Organization (FAO) said on Wednesday. Thailand has the fifth largest amount of land under rice cultivation in the world and is the world's third largest exporter of rice. (AP Photo /Manish Swarup) Photo: AP/Manish Swarup

This campaign was formed in May 2014 to solve the oversupply of rice caused by the rice-pledging scheme under the Yingluck Shinawatra government. Civic group BIGTrees helps manage the sale while the farmers are under the Organic Producers' Co-operatives in Yasothon province. Their organic harvesting is supervised by the Earth Net Foundation which has been producing and exporting organic rice to Western countries for nearly 20 years.

This is how it works. A buyer needs to become a member by paying 10,000 baht per year, and rice farmers will harvest 100kg of organic rice for each subscription. The rice is delivered in 1kg vacuum-packed bags regularly to members (group membership for 10,000 baht is possible). Farmers' Friend Rice pays farmers 2,000 baht/kg, which is higher than the market price. Contact Organic Producers' Co-operative Limited via email at thaifarmersfriend@gmail.com.

Folk Rice is ideal for the modern generation. Founder Anukul Saibejara, a native of Surin province and the son of farmers, launched the mobile application and website two years ago to sell indigenous, chemical-free rice produced by small scale farmers.

"When I told my friends that I would launch a mobile app to sell rice as a premium product, they laughed," said Anukul. "They do not believe in farmers' capacity to do that. But I do. I think Thai farmers are adaptive, wise and resilient. All farmers need is to learn how to use new technology."

Anukul's plan is gaining traction with individuals, hotels and overseas food ingredients companies as clients. The price is rather high, almost 100 baht per kilogramme, or higher. Folk Rice focuses on rare indigenous rice grains and chemical-free harvesting. Anukul, 28, a graduate from Thammasat University, also sells other local ingredients such as traditional palm sugar from Songkhla province. Next month, Folk Rice plans to launch a campaign called "Farmer For Change" to help 100 farmers sell 1,000 tonnes of rice in their stock. Buyers can buy vouchers to the value of 50-1,000 baht to purchase rice from individual farmers.

The social media page was formed last month by a group of young farmers. They share tips, run workshops and a number of rice farmers offer to sell their harvest directly to consumers. The price is affordable at around 30-50 baht per kilogramme.

Rangsit University launched the programme "Khao Laek Nuaykit" ("Rice For Tuition Fees"). As the name suggests, between Nov 2 to Dec 5 it allows university students who came from rice-farming families to use rice to pay for their tuition fees. So far, 44 students have enrolled. Applications are screened by a committee to make sure that their families suffer from the rice price problem.

"It does mean these students need to bring sacks of rice to the university," said Worachat Chaurdchomjan, dean of the Faculty of Physical Therapy who oversees the campaign. The students only have to use rice as a guarantee for their payment, and now the university has received an order of over 800 tonnes for the pledged rice.

"We want to give them a chance to pay tuition fees in the installation plan. And if they cannot repay, the university will not give a penalty." Apart from this programme, the university also opened its modern farming centre in Kanchanaburi province to mill rice for farmers. 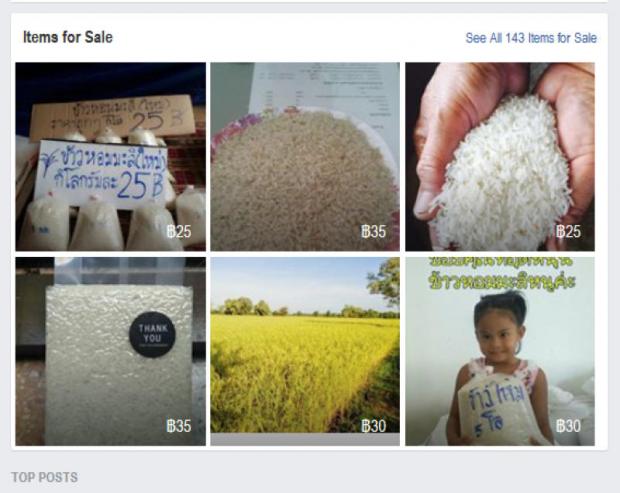 But really, is it a long-term solution?

Viroj NaRanong, research director for health economics and agriculture at Thailand Development Research Institute, said there are both positives and negatives in attempts by farmers to launch their own start-up rice trade to avoid the middlemen and reach consumers, mostly in the cities, directly.

Viroj, one of the most respected scholars on rice, believes that the movement is only a short-term solution.

"It is always good when society tries to help farmers in this way," said Viroj. "But the peril of this trend is that a large number of farmers may get overly encouraged and acquire a false sense of security that online rice selling or home-made rice mills are the solution for them. These farmers or children of farmers may be encouraged by advocate groups that the market is secure and there will always be buyers.

"But what will happen if these farmers invest by purchasing their own small-scale rice polishing technology, and then they find out in future that buyers become less enthusiastic and no longer support their home-polished rice?"

The reality of the rice industry is that local market patterns are determined by the quality of the rice, said the scholar. In this respect, home-polished rice cannot compete in terms of quality with traditional, factory-milled rice. Buyers of home polished rice will find broken grains, residue or even fine pebbles mixed in the packages. According to Viroj, commercial and large-scale rice mills deserve credit for improving the quality of Thai rice.

Apart from good rice genetics and varieties, another reason that Thailand has become a leader in the rice export business is because the quality of the polished rice is good, thanks to commercial mills that have spent decades and billions of baht developing rice polishing, storing and packaging technology.

And for the city people, keep the enthusiasm going. The rice headache will be with Thai farmers for the long-haul.