Three years ago, Fawn Veerasunthorn became an overnight sensation. A picture of her had gone viral in the country, sending Thais into a fit of excitement and wonder. In it, she was clutching the elusive golden Oscar statuette with a gleaming smile on her face. The caption read "Yay Frozen! (Thanks for the pic, Nancy:)", and it got netizens digging.

Turns out, Fawn is a story artist at Walt Disney Feature Animation Studios -- part of the team who created the 2013 megahit Frozen, which won the Oscar for Best Animation the following year. Filled with pride in seeing a Thai holding the prestigious award, the media covered her extensively, essentially catapulting her to become a local hero.

Three years passed and simmered, but now Fawn is in the spotlight again. Last month, she posted another picture on Facebook, holding another Oscar in her hands. Disney's Zootopia (2016), which she and her team worked on, had won Best Animation. Moana (2016), which she also worked on, was norminated for an Oscar as well.

"It's great and it's strange," said Fawn from her Burbank home through a Skype call. "It's almost too good to be true. We're going to keep trying hard to do good work. I don't want to be like 'Yeah! Two Oscars! We're done!' [laughs]. But morale is high and we want to work hard for the next movie. It's great recognition. To win one is like, 'Yay! We won!', It's great. But I feel like there are other great movies out there that I respect, so I want to keep myself humble and to keep myself working hard." 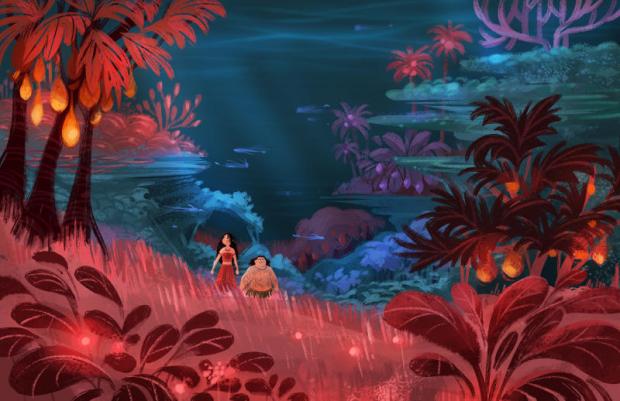 Hard work, it seems, has been a huge part in how Fawn made it this far. She's a Chon Buri native who dropped out of Mahidol medical school after realising her love of animation. It was her high school alumni, Paitoon Ratanasirintrawoot, who worked at Walt Disney Feature Animation Florida that triggered this dream career. She worked her butt off for a full year, doing med school and taking weekend art classes to build up a portfolio to apply to Columbus College of Art and Design -- the same university that her alumni went to. And finally, she got accepted, with a partial scholarship to boot.

Fawn worked in multiple flash animation jobs out of college for a number of years after unsuccessful attempts to get into Pixar and Disney. It was during these years that she discovered the art of storyboarding, instantly falling in love with it.

"It's like animation but you get to look at the whole big picture of the story that you tell," she explains. "So in a way, it's not too technology driven. You get to be a bit of a writer, which I always enjoy. So that got me switching gears to that." 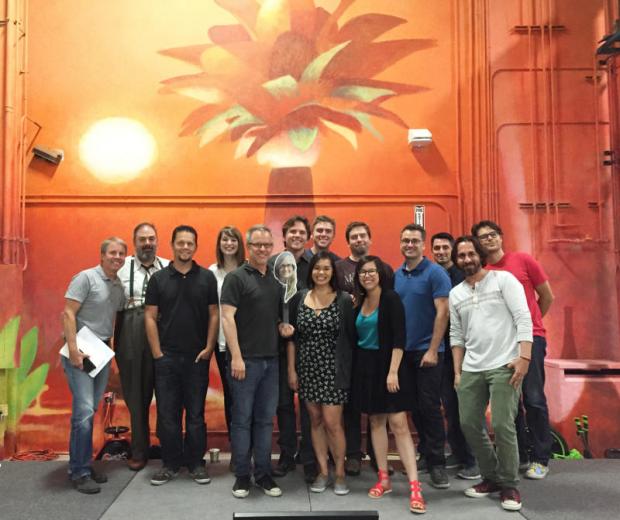 After working a few years in storyboarding, including gigs for Despicable Me 2 and The Lorax in Illumination Studios, Fawn felt ready to hand in her portfolio to Disney again. And as they say -- third time's a charm.

"I applied for the third time and I thought they'll probably say no again, but you know, what have I got to lose? It became a weird hobby of mine," she said laughing. "But this time they called me back for an interview. I couldn't believe they wanted to talk to me."

The interview took half-a-day, with Fawn meeting all of the directors at Disney and the head of Story to tell them who she was, what she liked doing, and what kind of sensibilities she had to offer as a story artist.

A story artist's job in Disney Animation Studios comes right after the director and writers write the first draft of the script.

"Storyboard artists offer the visual translation of that content," Fawn explains. "We offer the first take of the film. So we'll draw out comic panels, but it's hundreds and hundreds of panels to represent what it would look like in the real movie. 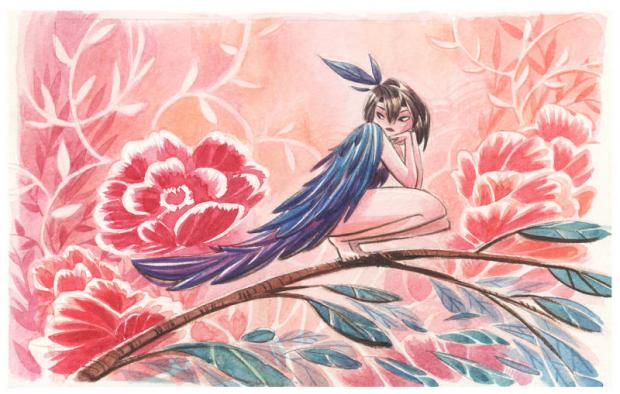 "We put it together with the editorial team -- they cut it with music and dialogue and we screen it to the studio around nine times. Anyone can give us a comment -- 'this works', 'this isn't funny', 'this doesn't make any sense'. We gather their feedback in each of the screenings and we do the story over and over.

"Once it's in a solid place, it'll be put into production [another department] where all the layout, animation, lighting, effects and tech animations make the shot come alive. It takes a lot of people and a lot of years to make. It's a long, long process."

What's special at Disney, though, is that story artists can pitch their own ideas into the story.

"Sometimes you can think of it as a writer who happens to draw," said Fawn. "At Disney, what I think is great is that they're open to ideas from the story team. We will always have to pitch our ideas to the story crew which is about six to 10 people, depending on the movie."

In Zootopia, for example, when Judy Hopps rides the train into the city for the first time and sees the hustle and bustle of the train station, the story artists had full reign in creating the whole environment. 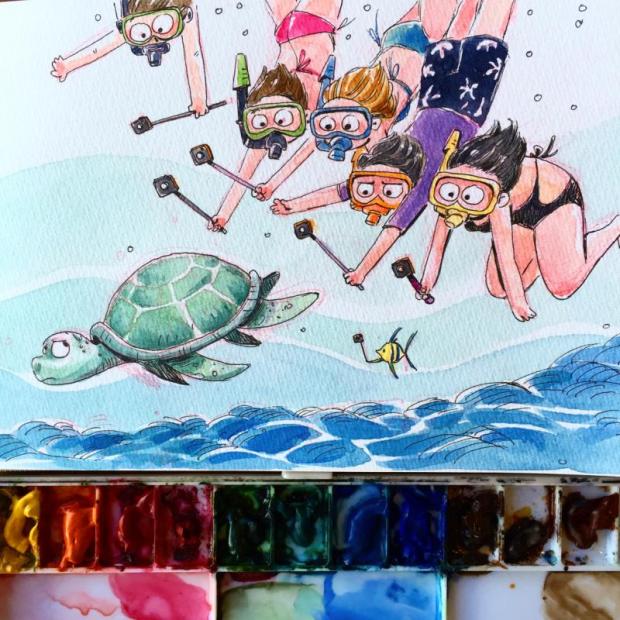 "We pitched ideas like, 'What would she see in a world that only animals lived in?'," said Fawn. "There's different sizes of animals -- how do they coexist? What would each subway station look like? How can we offer the experience of the audience walking into this world. Stuff like that will not be written. As a storyboard artist, if you're assigned that, you'll come up with a bunch of ideas and it's great. It's really fun!"

It helps as well that Fawn has a wicked sense of humour and storytelling-chops, evidenced by her own comics on her Instagram page. Recently giving birth to a child, she's been humorously documenting her experiences as a new mum in comic strips for her 82,000 followers to read and have a laugh.

"Those are fun to do," she said. "I feel like doing comics like that is good practice as a storyteller. I throw it online and people respond to it right away. Things work, and sometimes things don't work. So it's good practice with the response I get from real audiences that we ultimately speak to through the films that we make at Disney." 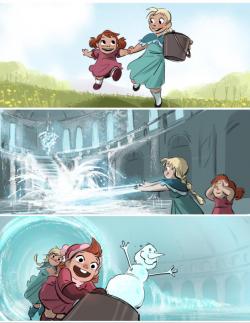 Her rise to fame in Thailand didn't only just have her gaining more followers; it actually triggered more awareness of the career, with even the government becoming involved.

"In a way, it was good to get the awareness of the animation industry in Thailand going. After the viral picture, people were talking a lot more about animation. A lot of young students are interested in this field compared to before. And I feel that the government kind of has increasing support for this field." Seminars have been held every year, with Fawn and her co-workers coming in to give talks and lessons to young aspiring animators from across the country.

"We work with the Thai consulate in LA and they create a programme for universities in Thailand to connect with us and ask us questions," said Fawn. "I have a friend named Natt Mintrasak. He's a technical director at Disney and he created an online course where Thai students can take and meet with him and ask questions through Skype.

"I think it's really awesome to get that going, because never before have Thai students had access to this knowledge or these people from the industry directly. We get a lot of support from universities in Thailand, which I think is great." 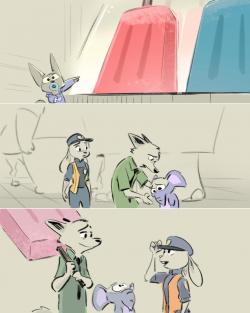 And to those who dream of applying to Disney one day, Fawn has a few words of advice.

"Besides 'keep on practicing', which is the boring answer, I think, when I look back when I was a student, I was very focused on learning software and the technological side of it," she mused. "But looking back, what's more important is to find your voice -- which is really hard to do. But when you're a student, you have tons of time to think about what you like doing, what you want to say, what do you have to say to the world as an artist, and you have that ability to communicate through your visual media or whatever you choose to do. I would tell people to focus on that a little more.

"Don't worry about the technology. Technology changes. But what doesn't change is the content that will affect people emotionally or even visually. Focusing on being a content creator, especially in this day and age, will get you beyond your country. So I encourage young people to do that. Make comics. Make films. If it's good, people will keep sharing. With the internet, it's a great time to be an artist."

Check out more of Fawn's artwork at fawnv on Instagram or fawnv.tumblr.com. Buy her original works at www.fawnv.storenvy.com.