<b>The Setting:</b> Only a month old, Masu may seem like a typical hole in the wall resto. About a minute or two walk inside of Sukhumvit soi 39, the restaurant's small space may lead you to underestimate it. We certainly did. But never judge a restaurant by its size, because if there's one thing we can certainly say about this new, small sushi place, it's that it delivers.

The restaurant only seats a few people and there are no gimmicks or special décor that would necessarily be attractive to the eyes. In fact, the whole setting and feel could be summed up as simple -- and that's not a bad thing. The owner herself has stated that she wanted the restaurant to feel homey, and it certainly does.

However, Masu doesn't play around with its dishes. We were delighted to discover that if anything, this restaurant offers legit sushi goodness for its patrons. 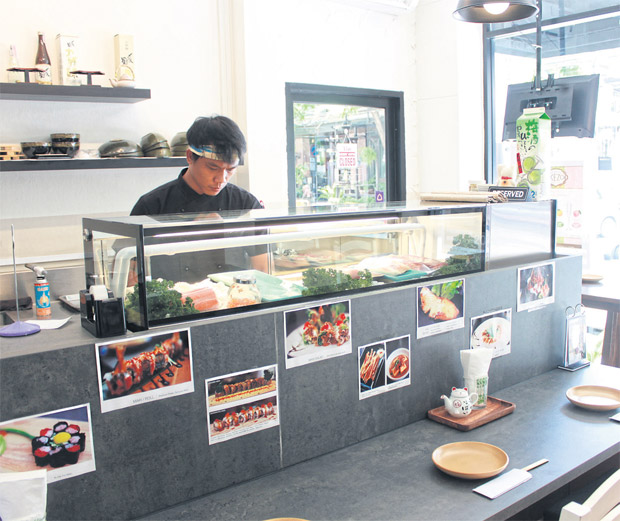 The chef was apparently influenced by his teacher who comes from Los Angeles, so even though it's sushi, it's got some twists that were deliciously surprising. Sushi purists may be turned off by this, but we're telling you: it's your loss. 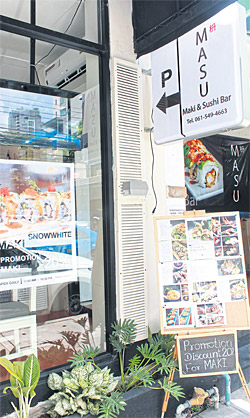 We started off with the Spicy salmon (B185++), an appetiser dish. It was presented on a board with a rather cool and elegant design that made us feel a little guilty about messing it up by eating it, but once we did, that guilt was gone. At first glance, we knew it was going to be crunchy, but what we didn't expect was that perfect combination of sweet and spicy. Another surprise was the cheese inside, completely unexpected but nonetheless very much welcomed.

Another appetiser we tried was the Soft shell crab (B380), a dish that's described as a "Maki salad". It's a must-have if seafood is your thing and you sort of want to eat healthy. Hey, anything to lessen the guilt, right?

We decided to try the Black pearl don (B320), and no, we don't think that's a Pirates of the Caribbean reference, though we were looking for some Jack-Sparrow-inspired sushi on the menu. Though it's served as a rice bowl, it tasted very much like sushi. We're tempted to call it a sushi rice bowl. Maybe that could be a thing. The salmon topping the rice is lightly fried on top but remains raw on the bottom and with the taste of seaweed in the rice, the combination definitely makes it feel as if you're eating a sushi bowl. There's an added crunch to it, thanks to the spring onion sprinkled on the rice, but what really made this so delicious is the fact that the salmon was fat. Like, really fat. And juicy.

Now we get to the good part: the actual sushi. Masu has a variety of nigiri to pick from. We opted to try the Suki sake nigiri (B120) and the Sake black pearl (B85). There were two standout things about these nigiri: first, the salmon was fresh, and you want that when eating sushi; second, the salmon was seriously fat. We've said that about the salmon on the don, but we can't stress it enough. It was succulent and luscious and therefore made us realise that paying that amount for one piece was worth it.

We tried two types of maki. The first was the Maru spicy maki (B270), a quirky sushi that's served with the typical salmon and avocado wrapped in rice and prepared beautifully on a board. What's quirky about it are the spicy sauce and mayo it's served along with. Quirky thought it may be, unappetising it was not. The second was the Orange dragon maki (B285), another dish that deceptively looked like it was a typical sushi dish topped with fat salmon and avocado. However, you'll soon realise that a tempura is inserted right in the middle of it all, giving it a bit of a crunch while it still retains that freshness.

A great way to end your sushi dining? With some homemade Yuzu ice cream. Absolutely refreshing, especially during this time of the year. 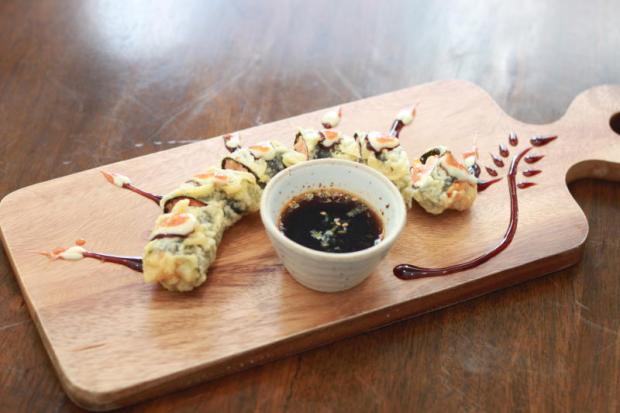 The map on Masu's Facebook page can be a tad bit misleading because it places the restaurant near the pak soi, but you've got to walk a little bit more into the soi and pass by the XXXIX condo. 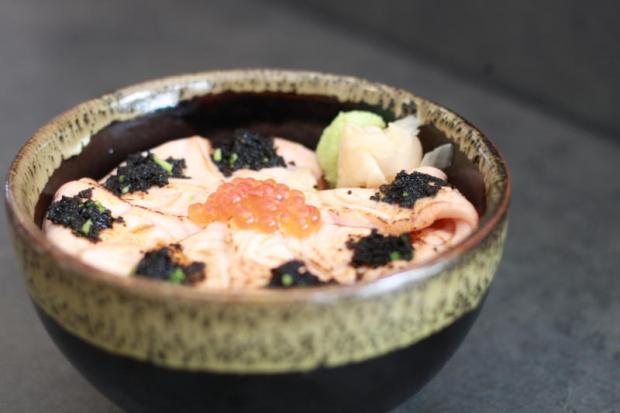 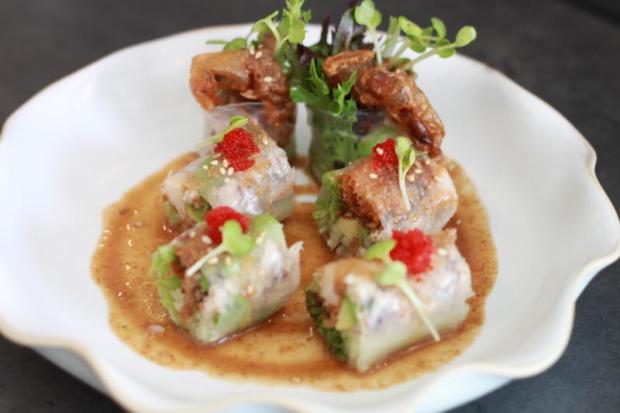