published : 29 Jul 2017 at 06:55
newspaper section: News
writer: Supoj Wancharoen
Bangkok's riverscape could be entirely changed if the three planned projects are to go ahead. (Photo by Pornprom Satrabhaya)

Eighty-four-year-old Orasri Silpi has warm memories of life by the river. People lived like a community along the Chao Phraya, using the river as a road, a market and a place to watch life go by at a leisurely pace.

"I feel connected to the Chao Phraya River. I still have a vivid memory of when I was sitting in my home one morning and saw his His Majesty's boat draw near, close enough for me to see the soldiers forming rows on board," recalled Ms Orasri, chairwoman of the Bang Lamphu community.

But Ms Orasri feels the riverside culture and history is under threat because of the government's planned projects for the river's development.

"Before spending taxpayers' money on any upcoming projects, I hope the government thinks about who will be affected by or benefit from such a project, and assesses whether the project is worth investing in," said Ms Orasri.

"The government should try to determine whether the projects will simply benefit a small group of people or end up ruining local ways of life, traditions and the historical values of our ancestors," she added.

Fourteen communities along the Chao Phraya River will all be evicted by Monday to make way for the 14km riverside promenade, dubbed the "New Landmark of Thailand" -- there are at least two other riverside projects up for consideration.

Apart from the 8.6-billion-baht riverside promenade stretching between the Rama VII and Pin Klao bridges, there will be a 4.62-billion-baht Bangkok Observation Tower, which received bid-free approval by the cabinet last month, and the proposed 1.7-billion-baht pedestrian bridge linking Tha Phra Chan and Siriraj Hospital, next to Pin Klao Bridge.

These projects have received both support and opposition from the public.

Ms Orasri still remembers when she lived in a house in an area by the riverside of about two or three rai. That home was later torn down to make way for a hotel connected to a pier.

Born and raised in Bang Lamphu district, Ms Orasri's family ran the Nopparat brand, a maker and retailer of shirts and silk trousers.

She also remembered, at the age of four, when her grandparents rented the pier to operate a ferry service between Phra Arthit and Bang Yi Khan piers, when a ferry ride cost less than a quarter of a baht.

In the past, there were very few roads and the only land transport available to the public was the tram.

Most people went by boat along the rivers and canals as part of their daily commute and to trade.

It wasn't until roads were paved and gradually expanded and cars became the most convenient and fastest method of transport that life along the river began to change, she said.

Ms Orasri has repeatedly asked at several public hearings whether the Promenade project has had input from the public, particularly from those tipped to be affected by the project. It has been wrongfully implemented right from the start, she added.

"Will it, for instance, affect water activities such as ordinary boat travel and the important royal barge procession?" she questioned.

The Bang Lamphu resident also said tourists come to Thailand because they want to see how people by the Chao Phraya River live and the archaeological sites; they don't want to come and marvel at a road running along the river, she said.

She said King Mongkut's Institute of Technology Ladkrabang (which studied and designed the project) did a site visit at the Wat Thewaratkunchon community in which they asked for input from people there and promised to use or bear the information in mind when designing the project.

Yet despite these assurances, the project has not even come close to what people want it to be, she said.

"They later told the affected residents that their proposals will be implemented when more funding is available. Is that a proper public hearing? That made me stop going to such meetings with officials. Maybe we aren't important enough for them to want to listen to us," she said.

As for the 459m tall 24-storey observation tower project, planned to be built on a 4-rai plot on Soi Charoen Nakhon 7, she said: "Thailand should not follow other countries because its economy is not in good shape right now."

Ms Orasri offered Phu Khao Thong, or the Golden Mount, a steep artificial hill inside the Wat Saket compound as an alternative.

"You can get a good view of the city and the Chao Phraya River from there," she said.

For the last project, the pedestrian bridge linking Tha Phra Chan and Siriraj, Ms Orasri didn't quite agree because she never had a problem crossing the river to the hospital.

I was wondering whether patients would prefer to get out their cars and hop onto a transfer service from the bridge to the hospital, she said.

Ms Orasri would like to see younger generations voice their opinions on how they want to live their lives and whether they want to preserve the heritage and traditions passed on to them by their ancestors.

"It's not up to us to decide on that," said Ms Orasri, who was the first person to be awarded the Khon Di Si Phra Nakhon award presented by the Phra Nakhon district office for outstanding people.

Meanwhile, Prinya Thaewanarumitkul, vice rector for administration and sustainability at Thammasat University, said the Tha Phra Chan-Siriraj pedestrian bridge will be beneficial as it will offer a new option to those who want to cross the river. 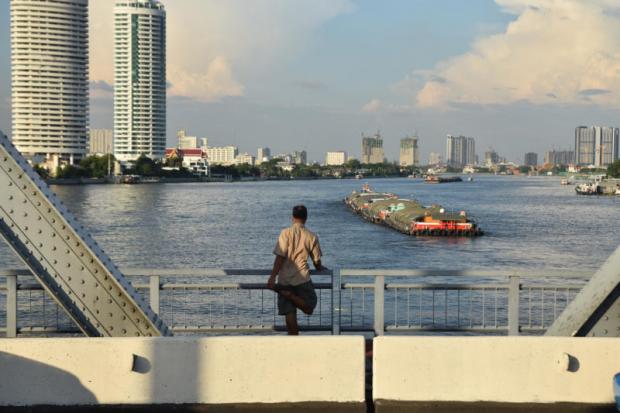 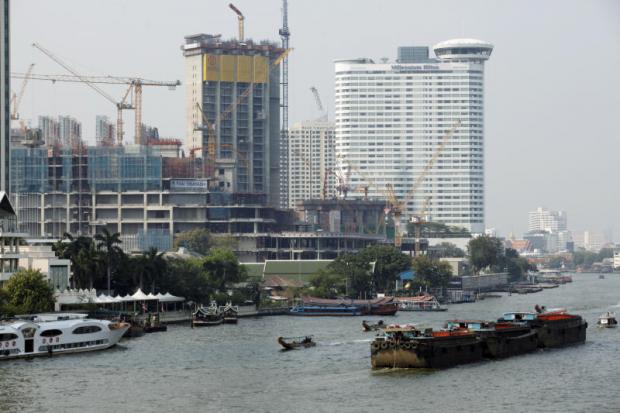 The river-scape of Bangkok will soon be entirely changed if the three projects are to built.