King Mongkut's Institute of Technology Ladkrabang (KMITL) and Thai Canal Association for Study and Development (TCA), signed a Memorandum of Understanding (MoU) for an international conference on "Technology for Sustainable Paths to Thailand's Future", including "THAI CANAL: Comprehensive Study of Alternative Logistics Systems for the Maritime Silk Road" scheduled for September 11, 2017, from 08.00 to 17.00 hours, at Grand Ballroom, Grand Hyatt Erawan Bangkok Hotel. 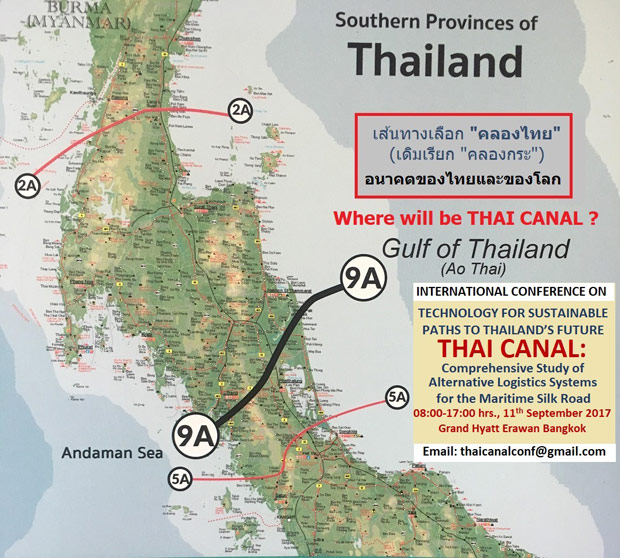 The MOU facilitates the mutual sharing of efforts and expertise in organising the international conference which aims to bring together professionals from different disciplinary backgrounds involving various specializations in commercial canals, including Panama Canal, Suez Canal and Kiel Canal, in order to brainstorm the feasibility of a new Thai canal from academic and visionary perspectives.

Also officially supported by European Association for Business and Commerce (EABC), the close collaboration will make the conference a dynamic and insightful forum for ambitious practitioners from around the world who have realised that construction of the Thai Canal (formerly known as Kra Canal) is vital, and believe that it will bring radical changes to Thailand and the world. 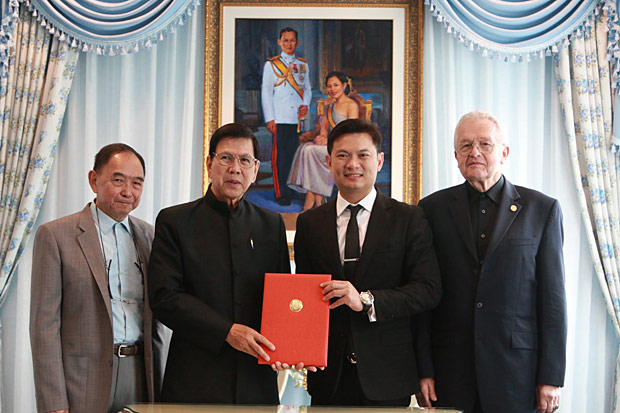 Following the signing of the MOU to jointly organise the international conference on the Thai Canal, Prof. Dr. Suchatvee Suwansawat, President of King Mongkut's Institute of Technology Ladkrabang (KMITL), announced that public and private entities involved in the development and construction of small and large projects would normally study both negative and positive impacts from every angle. Relevant data collected would then serve to reassure everyone that the project is appropriate, beneficial to the people and having the least negative impact on the population as a whole.

The same goes for the Thai Canal which is currently in the pre-feasibility study stage. Appropriate construction technologies would have to be considered. Advantages in the fields of economic development, transportation and logistics would have to be weighed against disadvantages for Thailand that might occur such as impact on the environment, on the livelihoods of Thai people and on national security.

Therefore, the fact that this upcoming conference will set the stage for exchanges of ideas and experiences among national and international experts from different professional backgrounds will certainly help to clarify and confirm knowledge of the Canal project from various vantage points. KMITL, as an educational institution that houses one of the top faculties of professors and experts in engineering and technology in Thailand, is ready to share its data and expertise in the study of this project in order to help the lasting development of the nation.