Thanks to YouTube, gamecasters have been able to make their livings doing what they truly love

They're known as gamecasters -- those who sit around all day making videos of themselves playing video games and getting paid for it. It is work and play rolled into one, in the age of gaming, YouTube and online celebrity.

Gamecasters, like other species of YouTubers, use an advertisement algorithm to generate money from their videos, provided they get enough views. For Thai gamecasters, the number of subscribers is in the many millions.

Many will have heard of 28-year-old Swedish YouTuber Felix Arvid Ulf Kjellberg -- better known as PewDiePie. Kjellberg was worth an estimated US$61 million (2 billion baht) in 2016, and that year was named by Time magazine as one of the World's 100 Most Influential People. The poster boy for success in the digital age, Kjellberg is the shining idol for gamers the world over, living proof that you can actually become a millionaire simply through the act of playing video games.

In Thailand, thanks to the rising popularity of gaming culture, gamecasting has become a coveted and lucrative career choice for many. Despite its increasing ubiquity, however, gamecasting remains a little-understood profession for many, who still see it as an excuse for youngsters to bury their heads in games all day. 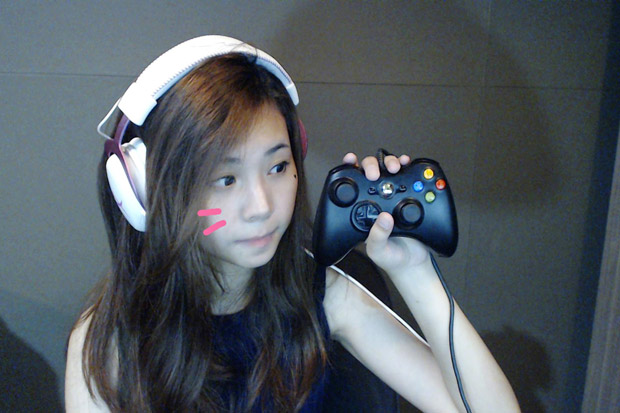 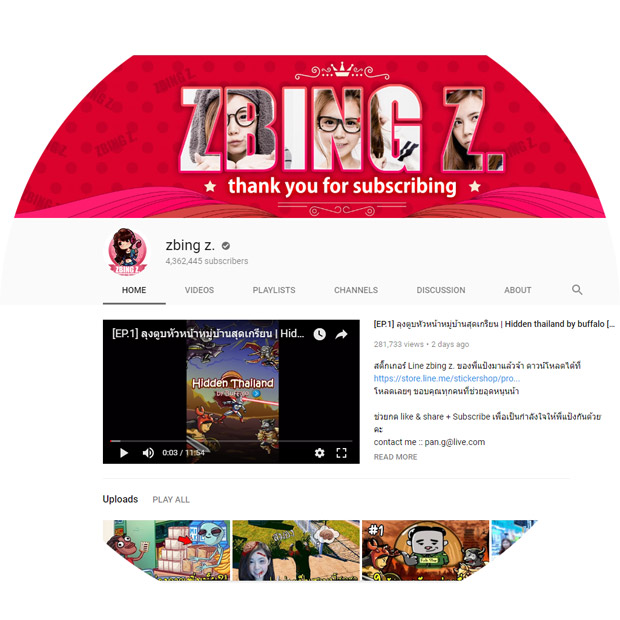 Naiyarat "Pang" Thanawaigoses, 26, has never truly known any other job since she launched her channel -- zbing z. -- in 2014. Like most people her age, Naiyarat didn't really know what she wanted to do with her life after graduating from college. With a degree in business management, Naiyarat knew she didn't want to pursue it as a career, and couldn't find a job she actually enjoyed. She also admitted to being addicted to a certain online game at the time, which made it even harder to find a job.

"Three years ago I stumbled on the notion that you can actually make a living off of YouTube by gaming, or any other type of entertainment content, like music covers or funny videos," she says.

"I found out there had been several Thais who managed to find success through YouTube, so I thought I'd give it a go myself."

Today, zbing z. is the most followed gaming channel in Thailand, with 4.3 million subscribers. Naiyarat says the ad revenue generated by her videos is now her main source of income, though it took almost a year before she gained enough subscribers and views to reach that point.

"The first few videos had practically no viewers. My subscribers consisted mostly of my friends and family, and it was a few months in before I started to notice strangers watching my videos and subscribing to my channel. Even then, I would get maybe 300 baht a month from YouTube. It wasn't until I had between 100,000 and 200,000 subscribers that I felt like the channel could stand on its own."

Sinit "Pae" Artharnwong, 24, a gamecaster at Steep Familytv (or SFTV), says that a YouTube channel in Thailand will generally need over 3 million views per month across all its videos to generate the same income as an entry-level job. Instead, most casters today aren't unlike freelance content creators, like bloggers or graphic designers, who rely on contractual work from clients to bulk up their portfolio before striking out on their own.

"These days there are companies that are like publishing houses for YouTubers, such as [TrueCorp-owned games media company] Online-Station, which recruit gaming YouTubers to create content for them in addition to their own," says Pae. "The company gives them a salary while also handling any logistics and client jobs. They can also offer resources like background music or equipment for videos. For many up-and-coming YouTubers, this can provide a stable source of income while they build their following and one day become entirely independent."

Sinit has also recently established a media agency of his own, Shin-A Service, which connects clients with gaming content creators for product endorsements or reviews, to create an even more stable atmosphere for other YouTubers by offering them a consistent stream of contracts.

"Agencies that deal with online content creators like YouTubers or bloggers are aplenty these days, but not many in the games industry. These days, plenty of small foreign and local mobile game companies are being born every day, and they're always looking for ways to get their product noticed. The games-media industry in Thailand has only just been getting started this past year." 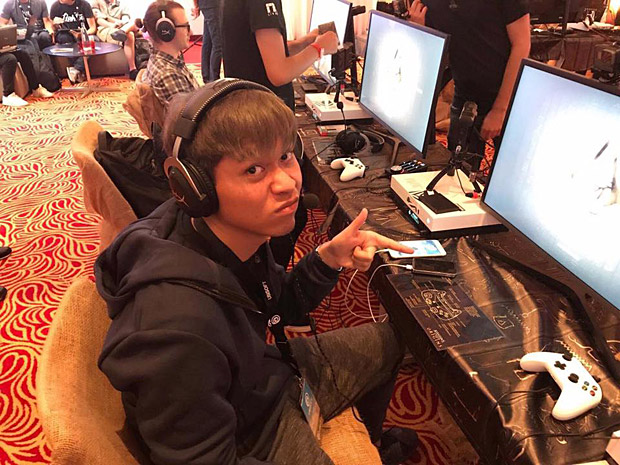 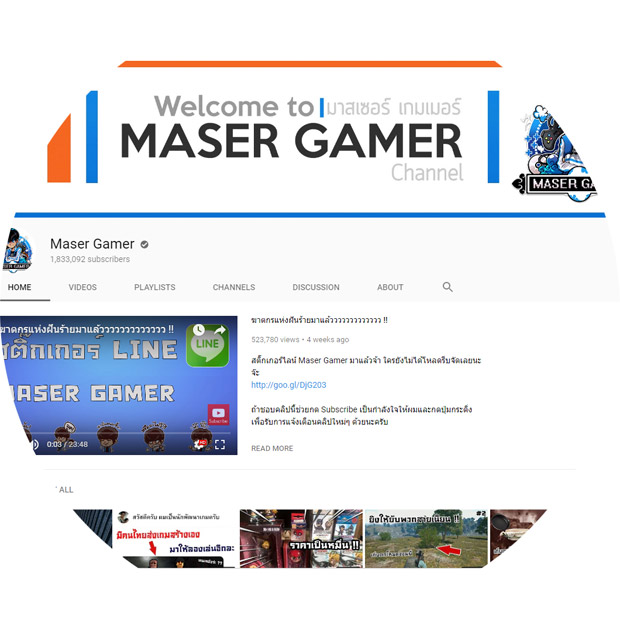 While most would assume that dealing with video games means simply mashing away at a controller all day, Sinit says that's not the case. As with any other type of business, there are always things to consider when it comes to maximising efficiency and therefore profit.

"Like any other business, it very much depends on supply and demand, on consumer interest at a given time. You have to pay attention to trends, whether it be popular games or even manner of content. Certain games may be extremely popular -- like this year's Player Unknown Battlegrounds [PUBG] -- and therefore can give you a big boost in views. A video about an Avengers costume pack for a game will do very well close to a release of an Avengers film. So some casters may also think of ways to incorporate these current events or trends in real life in their streams."

While he says it's unavoidable that a large chunk of his days are spent playing video games, Sinit says that much of it is done to serve a deliberate purpose, or create a pre-planned piece of content for his channel. Almost as much time is dedicated to the editing of his videos, which must be updated every day to keep up with the demands of his viewers.

"One of the most important things for any caster is consistency. You need to be able to deliver quality content on a regular basis; otherwise your subscribers will go find their fix somewhere else and may never come back. Discipline is very important to this job, as you really need to plan ahead and stick to a schedule in order to keep up with regular updates, not to mention deliver contracted jobs on time."

Ekanun "Jay" Lertponganukoon, who runs the Maser Gamer channel, says that like any job, professionalism is always crucial, even for gamecasting. Not only should casters always be responsible for deadlines; they should also conduct themselves at their best. After all, no client would want to deal with a channel known for being disliked.

"Before, when I didn't think there was anyone watching, I was cursing and making crude jokes left and right. But now that the channel is viewed by thousands of people, many of them children, I feel a responsibility to be a good role model for others, so as to not give myself or my profession a bad name. Not to mention the support of my clients, which could evaporate if I'm viewed negatively by the public. Gaming is now a professional adult job for me, and I intend to treat it as such." 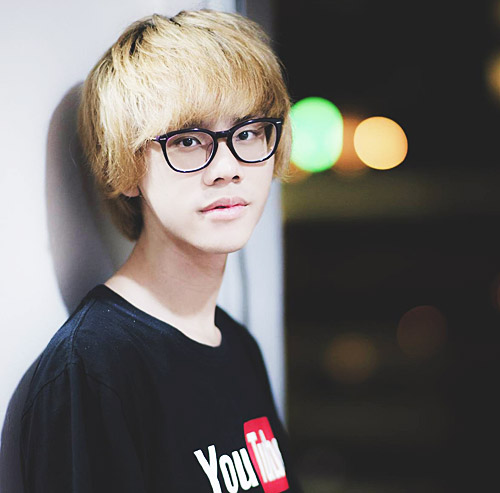 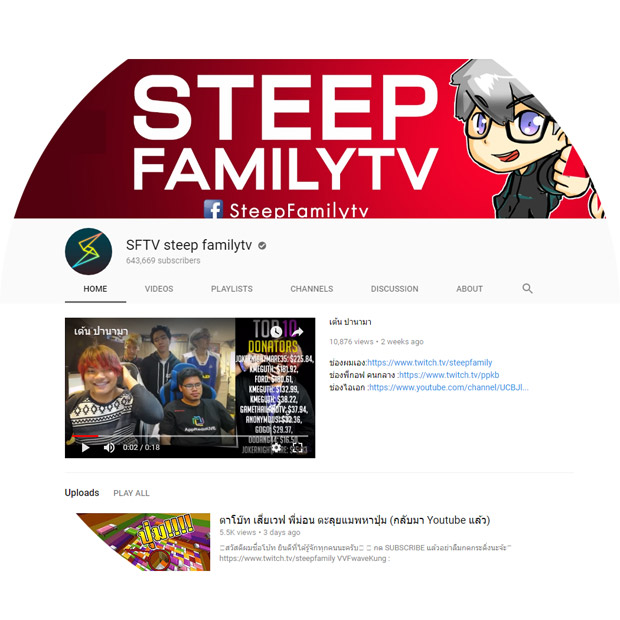 As the gaming industry continues to grow significantly every year, Sinit believes that the gamecasting ecosystem will continue to grow along with it, providing creators with a healthy market from which to profit for many years to come.

"Provided they have the discipline to regularly create content, gamecasters also have the benefit of not having to worry as much about many economic issues. Most of the contractual work comes from overseas. YouTube ad money also comes from overseas, and since YouTube is free to watch, people will keep watching long into the future."

But while the market seems like a prime opportunity for aspiring casters, Naiyarat also stresses the importance of dedication and responsibility. While it's easy to use gamecasting as an excuse to merely spend time with games, Naiyarat believes that with the right attitude, gamecasting can become a lucrative and sustainable career in the long term.

"A lot of people may still view games as a negative or even destructive force, but games can actually become a positive force in your life, even generate a living, as I am proof of. I'm not saying it's OK to quit school and start a YouTube channel right now, but as long as you have the right attitude and are aware of your responsibilities, playing games can put food on your table."